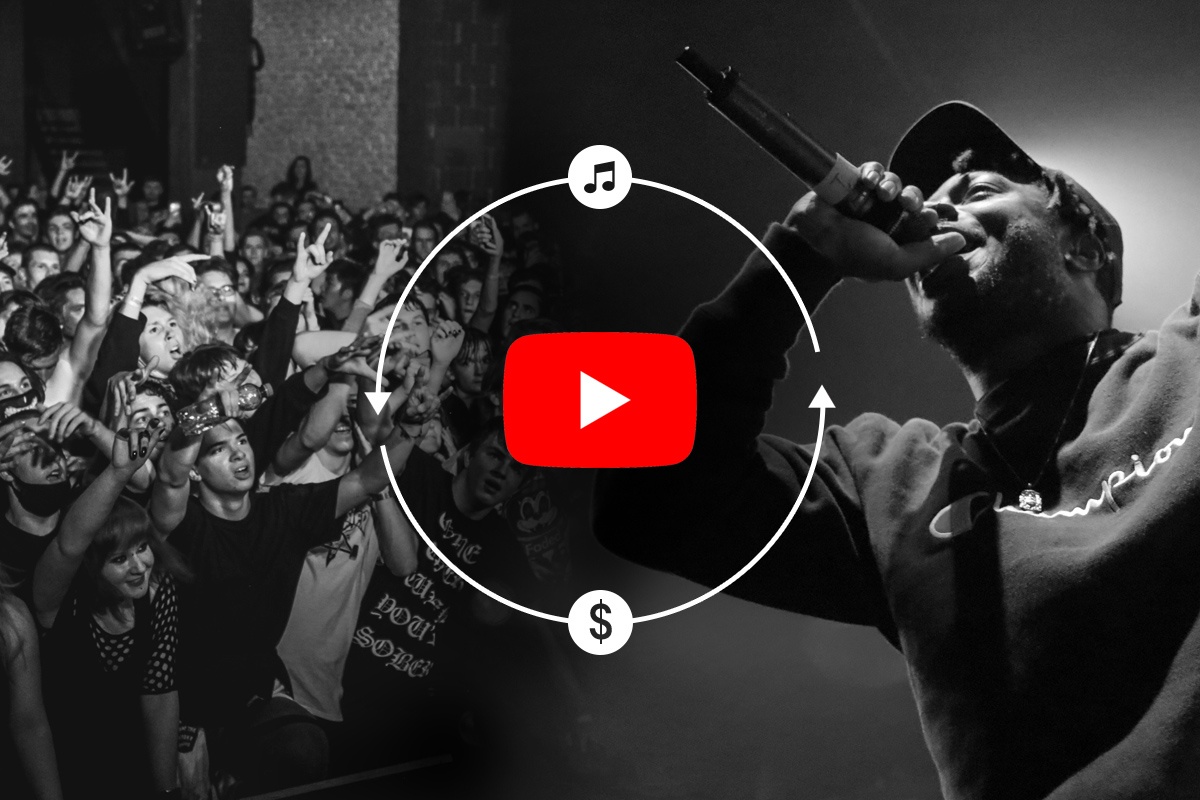 It’s All Here: YouTube’s Path to An End-to-End Artist Solution

As the content bubble expands, social networks have invested in the creators that help make them must-visit destinations. In this instance, YouTube is establishing an economy that exists within itself. If effective, high profile accounts will continue to devote themselves to the world’s second-largest search engine, confirming simple, smart logic: Creator retention begets user retention.

YouTube’s announcement follows a turbulent stretch of controversies surrounding video takedowns, premium brand ads played against unethical clips, and the heightened exclusivity of the YouTube Partner Program. It once took just 10,000 lifetime views for creators to earn money from ads; now, the prerequisites include 1000 subscribers and 4000 hours of watch time. Youtube has also made headlines in recent months with the launch of both YouTube Music and Official Artist Channels, which absorbed formerly standalone Vevo channels as the latter company began its product phase-out.

The company’s product team has hit the ground running this year, shipping new tools left and right. For now, these tiered tools have only been unlocked for a hand-picked group of channel owners and are not available to the public; however, YouTube CEO Susan Wojcicki suggests broader access on the horizon. With that said, familiarity benefits all artists and teams. Get ahead of the curve and dive in.

Build Hype With Your Own Premiere

Premiere couples the fanfare of live events and the comfort of on-demand viewing—a streamlined version of 10,000 Game of Thrones fans chatting on Reddit the night of a new episode. It turns a basic function—the ability to schedule uploads for public release—into a hype machine currently in the hands of select influencers, many of which boast one-million-plus subscribers. Indeed, Premiere favors the established, and even ostracizes traditional promo release tactics (e.g. a press premiere) on the surface.

Strategy should vary from creator to creator. Some teams might allocate ad spend to spread word about an event, encouraging people to opt-in for reminder. The next step: Coordinate a ‘first look’ with a specific outlet, rather than a traditional premiere that’s more restrictive. It can be a different story for rising artists, who might benefit from the credibility of support from a Nylon or a Refinery29. Usually, though, if there isn’t baked-in socials support, it won’t move the needle.

While some members of the video community have not embraced the announcement of Premiere with open arms, it should be a boon for high-profile accounts.

YouTube’s partnership with Teespring stems from its potential to become a bonafide marketplace that extends beyond ad buys. The collaboration between companies should facilitate the design and distribution of apparel and accessories for creators, and an early use case points to fruitful results. YouTube has understandably trumpeted the story of Disney-Pixar animator Joshua Slice. The man behind Lucas the Spider, a channel featuring charming, short-form videos of an adventurous arachnid, utilized Merch to sell 60,000 plush dolls in two weeks, grossing a cool $1.2 million.

For artists, it’s a potentially lucrative opportunity to make products on the fly through Teespring. The logic behind merch traditionally used to commemorate tour dates—high-margin, high-value—applies to digital events, too. Likewise, products solely sold within the finite window of a YouTube Premiere reflects the exclusivity of 24-hour merch capsules and pop-up shops.

What started on YouTube Gaming has made its way to the platform’s mainstream. Membership is a direct response to comparable service offerings across the internet. Facebook, for instance, has a $4.99/month model that complements its Brand Collabs Managers and a fresh-off-the-press arsenal of polls, quizzes and game shows that creators can deploy. Patreon, a leader in the many-to-one space since 2013, will resultantly face more pressure in the coming years.

YouTube has unprecedented access to generations new and old, and it’s not slowing. Creators have long distributed, analyzed and monetized their content in Google’s video hub, minting global stars. Recent feature additions point to a much larger goal: unfractured, frictionless integrations that enable an artist to build a career without moving off-platform. The first company to perfect that mix will have their flag firmly planted in this new economy, and YouTube has as good a chance as any to lead the way.