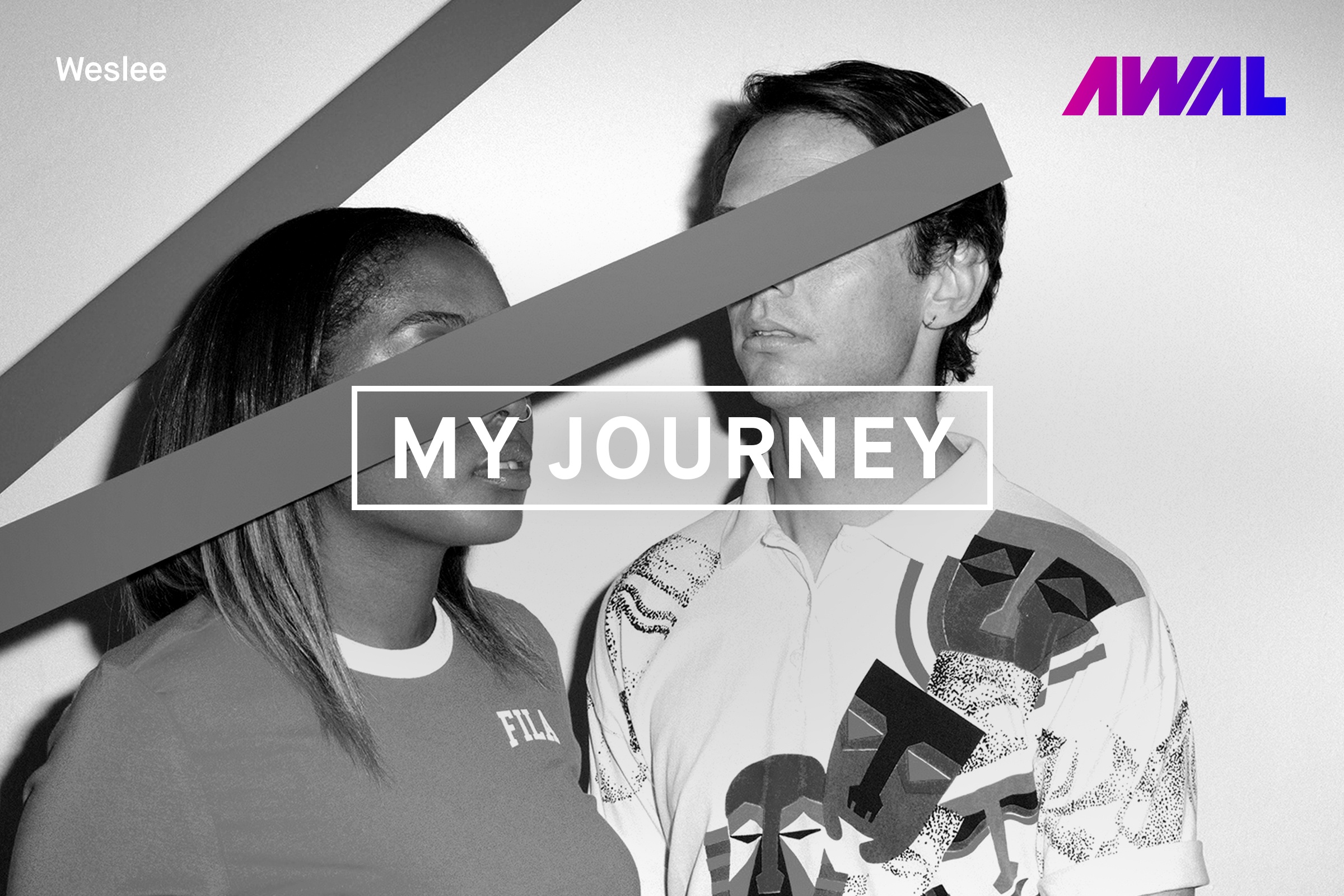 Unlocking Your Own Aesthetic as an Artist: Advice from WESLEE

Bridging the distance between London and New York, the R&B-meets-pumping power pop duo WESLEE first bonded over, of all things, donuts. Since then, they’ve recorded and released a string of infectious singles, including their latest, “Sweat Dreams.”

It was only recently, however, that their listeners were formally introduced to Josh Grant and Emma Davidson — the two artists who were previously hidden behind giant lips in every photo and post. They finally revealed themselves earlier this year, and blame the whole thing on a prominent British DJ. (Read on!)

This Friday, WESLEE brings their good vibes to our AWAL NYC Summer Party showcase, but before that, we wanted to get the scoop on their new EP (also coming out Friday), honing their sound, and how it feels to, at last, show their faces.

It actually happened by accident. We initially met writing with and for other artists, and one day didn’t really feel like doing the session we had schedule, so we canceled it.  We ended up writing “Gassed” on the same day. I guess that basically started this entire thing.

What have been some highlights and challenges of your journey so far?

One of the biggest challenges was overcoming the fear of putting out our own music.  When it’s for other artists, it’s all excitement and hype because you aren’t in the forefront, but when it’s your own thing, it adds a different layer of pressure and anxiety.

It’s becoming more of a challenge living in different countries just because preparing for shows and finishing songs can be tricky, but at the same time, living in different places keeps it fresh and gives us something to look forward to when we know we are going to see each other.

It wasn’t until recently that you revealed your identities — before now, you were represented by lip graphics. What prompted the reveal?

Once we decided to play a show, the reveal was inevitable. Annie Mac asked us to play at one of her AMP nights in February, so we can blame her for the reveal.

How important do you think a strong aesthetic/brand is as an artist? Any advice for fellow artists to find/define a cohesive image?

Talk about your sound. How has it evolved over time?

We’ve just become more and more comfortable with each and that sort of shows in the songs and the sound. We aren’t afraid to offend each other if we aren’t feeling something or liking something we talk about it. We both have songs that we like individually that will never see the light of day because they don’t work for “us,” which is pretty cool.

How does it feel to play the AWAL showcase at Northside, representing the independent artist community?

We are very excited and very grateful for the opportunity, and love all the support AWAL has given us. We really can’t say thank you enough!

You’re also releasing your debut EP the same day as your performance at Northside — was that planned?

That was a happy coincidence.

What are your ultimate dreams as artists?

We try not to think or look too far ahead. (Maybe that’s not a good thing?) Being able to wake up and make music with friends everyday is the dream, so you could say we are living the dream.

It’s been great. Having a team around you that supports you being independent is a real blessing!