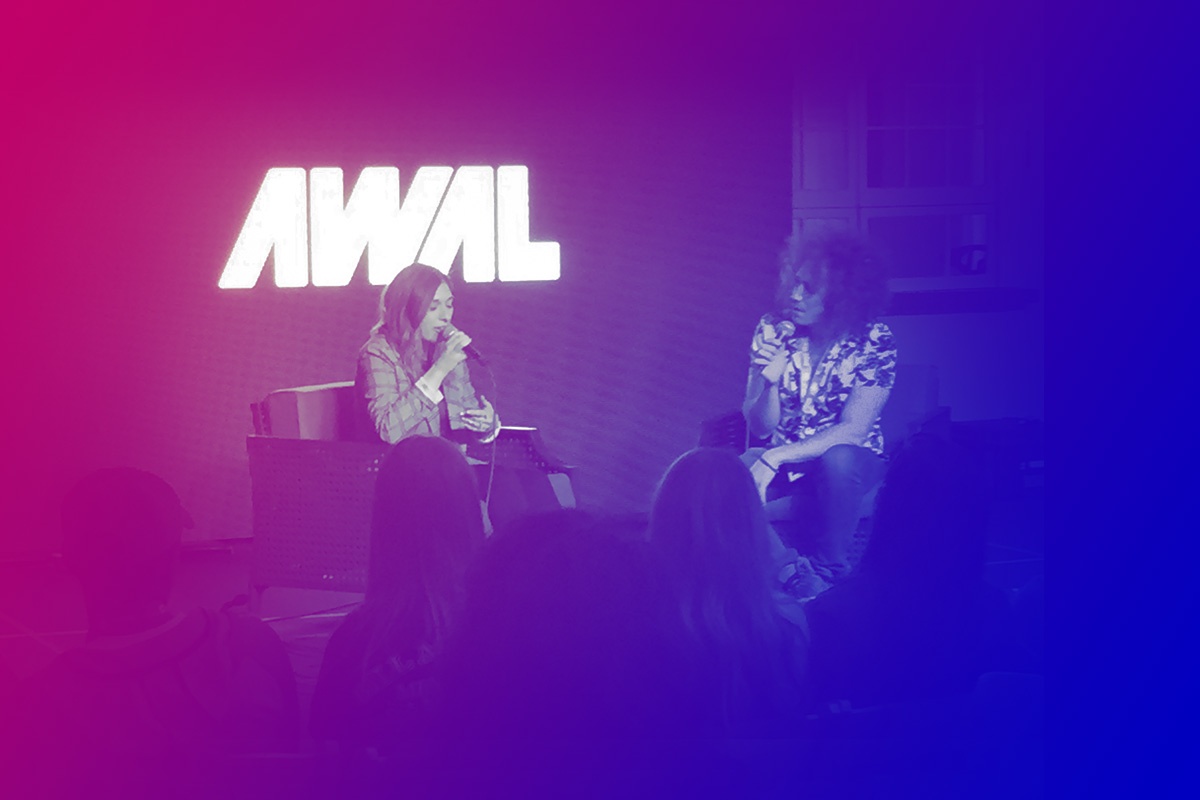 Independent and DIY artists all over the world turn to Ari Herstand’s blog Ari’s Take for advice on everything from distribution and playlisting to gig-getting and even how to fly with instruments. Herstand, an independent musician himself who’s releasing the debut single for his newest musical endeavor, Brassroots District, May 4 through AWAL, shares what he’s learned at a grassroots level and even turned his years of on-the-ground learning into the Bestseller, How to Make It in the New Music Business.

Last month at SXSW, Herstand sat down with another independent musician, one who’s amassed a staggering 173 million streams without major-label support — AWAL artist VÉRITÉ. Today, she’s selling out live shows and enjoying synch placements on shows like Conviction and Quantico, but at the beginning of her career, she squirreled away her earnings from a restaurant job and emptied her savings to fund her music.

“At first, I didn’t know what I was investing in,” she said. “Eventually, I started this body of work. I had this epiphany of sorts. I always thought that having money in the bank would make me happy. I was realizing that it didn’t. Slowly but surely, I invested all of my savings into [my music]. It was terrifying as the numbers dwindled. Then, I did it again.”

Tracing VÉRITÉ’s path from waiting tables to quitting her day job and carving out her own path as an artist, the conversation touched on many key points any independent artist can apply to their own career journey today. Here are a few important takeaways, but to hear the full talk, click the link below.

Your team helps — but, ultimately, it’s up to you.

Although team members like a manager, booking agent, and publicist can help independent artists grow their careers, as VÉRITÉ says, “I’m the only one that has to show up.” As the artist, only you can perform the concert. Only you can give the interview. Only you can make the music.

Of course, digital strategy is a crucial element in today’s music-business landscape, but there’s no substitute for “getting on the ground with people, meeting them face to face, and communicating with them” — particularly fans. “I’ve worked really hard to constantly keep myself on the same level as everybody else,” VÉRITÉ said. “I don’t allow fans to put me on this pedestal.”

Herstand agreed that live shows are a great way to take relationships with fans offline and strengthen the bond. “The beauty of performing live is that everybody has this collective communal experience,” he said. “Then, it culminates with you meeting them at the end of the show. The headliner is not back there. You’re the artist that’s back there.

“I think that’s a thing for every artist to remember. Meet your fans at every level. Go back, meet them, thank them, and be part of that because that’s how you build. Those are the building blocks of an entire career.”

Give your music its moment.

As someone who’s embraced different versions and remixes of her tracks, VÉRITÉ advocates for giving every project you make “the most longevity it can possibly have.” That, however, also means not overloading your listeners.

“You don’t want to release an album, and then, especially in our culture today, you release something [else],” she said. “It’s old news in a week, because there’s something new. You just want to give people different experiences of an album or of a song.”

Waiting for anything — whether it’s funding, building your team, or establishing your brand — isn’t the way to go, said VÉRITÉ. “I just fundamentally disagree with it. I think you can do so much. You just have to think: If all you did was focus on that, invested every dollar that you’ve made, go hustle, and make it happen, and you don’t sleep…what you would be capable of and how many people you would be capable of reaching. Then, go do it.”

Success is possible as an independent artist.

No longer is the ability to build a career as an artist reserved for those who are famous. VÉRITÉ cited her tourmate, Eden, as a prime example of someone who’s “more anonymous” with a massive fan base and an established career.

“As artists, it’s really important to redefine what success looks like in this era,” she said. “The idea that you’re not on television or not a household name doesn’t mean that you’re not building a sustainable project, making a living, and reaching people in a meaningful way.”

Get access to stream the full talk between VÉRITÉ and Ari Herstand to hear all their advice, real-life examples, and tips for success.