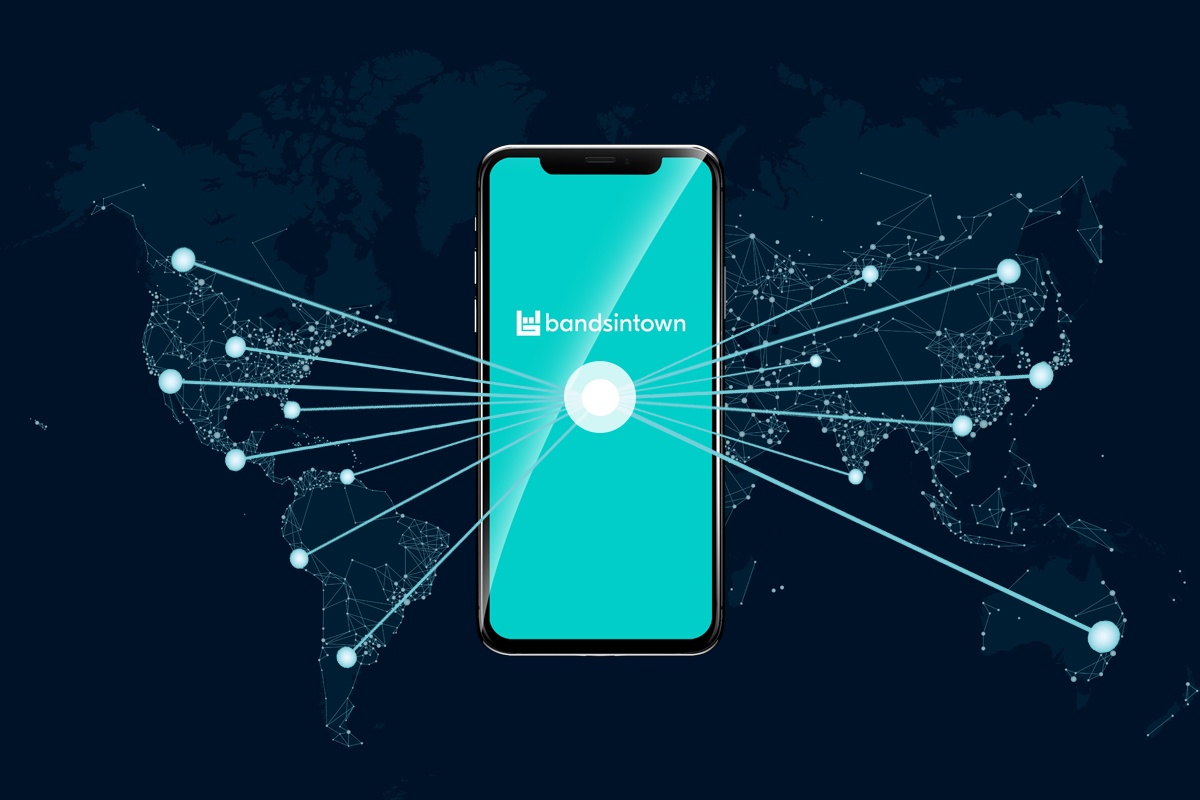 “I don’t like the VIP section. I prefer the mosh pit.”

You won’t find Fabrice Sergent backstage, or, god forbid, pressed against a venue’s back wall, arms crossed, in the mix with an industry crowd. The music-tech exec’s path to co-founding Bandsintown Group begins with late-night raves. Enraptured, early, by the transcendent bliss of the French-European electronic scene, Sergent treasured music as communion. In 2011, he shifted business ambitions to his true love—live—after helping build internet startups in the late ‘90s. It’s been a fruitful decade.

In the years since, Lil Wayne sold a million copies first week, Beyonce reinvented the surprise album, Spotify launched a streaming arms race, and our industry’s prospects flipped from death row to bullish. Bandsintown, to its credit, quickly recognized an opportunity as the market evolved. The result? A destination for anyone with a stake in the concert circuit. 45 million fans and 470,000 artists already use the platform to keep tabs on each other, a multi-faceted marketplace increasingly valuable to promoters and brands.

“For artists, It was much more difficult 10 years ago,” Sergent remembers. “You had to be signed to music labels to exist in this space. Where things are headed now, it’ll enable way more creativity, way more diversity, way more messaging that’s not just decided from the top to the bottom but essentially chosen by the fans.”

Bandsintown is not alone on a growing list of forward-thinkers in the touring business. Creators and crews are making smart use of old tricks while pioneering new ways to get behind the future and build a base. Coordination and good ideas make a formidable one-two punch. Like most things, a scalable tour business usually begins with a strong foundation.

Kelsey Miller, a digital marketing manager on AWAL’s Recordings division, calls attention to the varying roles ads can play in the promotion process at different stages of an artist’s career.

“At the beginning, you have to teach listeners who artists are and nurture them through the marketing funnel,” Miller explains. “Introduce the prospective fan to the artist, lead them to the music, drive them to follow on socials, and then, hopefully, a ticket purchase follows. If Ed Sheeran is on tour, the only real objective is to make sure people know he’s going to be in their city. Everyone knows who he is, and he has enough fans already to sell out shows, so it’s purely an awareness play.”

Miller recently built one ad campaign for an artist playing direct support on a nationwide U.S. tour, encouraging the headliner’s fans to arrive early enough to catch her set by promoting a photo of them together. Another tour campaign invited mom blogger influencers to different concert dates because fans of the headliner were highly engaged in maternity content.

Two weeks ago, boy band Brockhampton did exactly that with a flood of clever video ads in which the thermal likeness of group member Roberto Ontenient approaches the camera (and the viewer’s screen) before tapping the lens, puncturing the fourth wall. While the timeline illusion aimed to drive album consumption, the same approach benefits a tour announcement. Adverts increasingly function as an exercise in world building, canon material reflecting an artist’s vision. Synthesizing that vision early goes a long way.

“I usually ask artists what kind of message do you want to bring to the world,” Sergent says. “What is their DNA as a brand? Let’s say a convincing statement, it has to be very sincere, authentic and not artificially crafted. You cannot have story on your website and post something else on Instagram for example. There has to be harmony within and beyond the music.”

Across the board, consistency bridges moving parts and foresight aligns human resources. Phil McDonald, Director of Label Management at AWAL, points to common courtesy, a thoughtful plan, and manageable aspirations for developing teams hoping to maximize their relationship with a release partner. There’s no better time to cross off all three when artists come to town for an event.

“It means a lot when a manager covers the basics at a show, like buying me a beer,” McDonald says with a laugh. “Half-jokes aside, making sure we get into the venue easily, taking time to talk with us, that does help. That connection is crucial. For artists, coming by our headquarters for an in-office performance, sharing new music you’re proud of, that’s big. Coming prepared with a long-term strategy and goals, that’s really important too.”

The everyday steps it takes to reach those objectives isn’t always glamorous. Thomas Fitzner, who’s tour managed over 250 shows, ranging from 50-person private showcases to festival performances for 20,000, cautions artists from doing the most too early.

“Being too worried about creating the image for Instagram that you’re “poppin” and spending too much on a bus, or bringing unnecessary people on the road, staying in super nice hotels etc., is a mistake,” he tells us. “If your tour doesn’t come out in the black, then you should be grinding your gears to figure out where you can save. Overspending on tour is dumb, unless you’re signed and it’s a promo tour that’s non-recoupable.”

Whether tour support is coming out of your pocket or someone else’s, financial conservatism doesn’t hurt, especially when funds could instead be allocated toward the fan experience. And even in an era where one meme can accelerate someone’s trajectory, where a tour announcement matters as much for playlist pitching as it does actual dates, there’s no replacing elbow grease on the ground.

“If you want a long touring career that will eventually turn into real money, start playing every show possible,” Fitzner suggests. “Drive across the country in your homie’s van and grow your show until you’re taking the PJ, and pocketing the bag. Everything in this music game is a ‘the quicker it comes, the faster it goes’ scenario in my opinion.”

“Artists are the new entrepreneurs,” Sergent adds. “They have to accept to play multiple roles at the same time. It takes humility, hard work, talent and a lot of energy to build a fanbase, convince managers, booking agents, venues and promoters to believe and support an artist. I would recommend discipline in execution and the willingness to choose mentors and listen to their advice just like when business entrepreneurs bring board members to benefit from their expertise or experience in building businesses.”

To this day, the best testament of an artist’s true reach is whether they can pack venues night after night. It might begin with a group of persuasive high school friends who help sell out a pay-to-play showcase for 100 classmates in your home city. After that, it’s no limits with the right mindset and the right team.