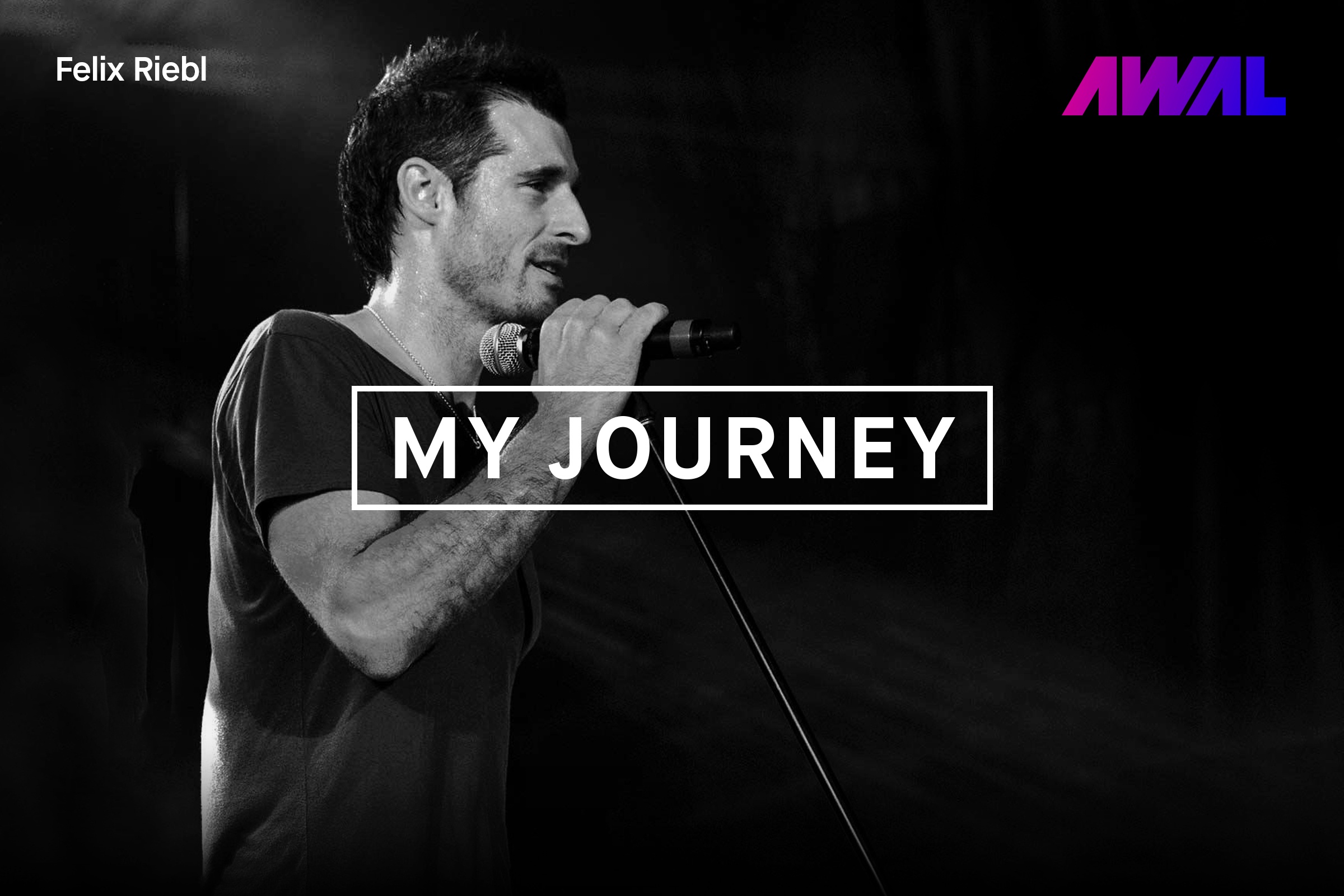 On Spinifex Gum’s self-titled debut album, The Cat Empire’s Felix Riebl and Ollie McGill did something politically and socially powerful: they combined two disparate Australian voices — those of Indigenous People and non-Indigenous people.

The result was something magical, a choir-filled collection of songs that broke down barriers and created connections in the name of social advocacy.

“Spinifex Gum is a project that reaches across the country,” Riebl has said. “Its lyrics are a combination of English and Yinjibarndi. Its stories emerged from the Pilbara, and its choir of Aboriginal and Torres Strait teenagers hails from North Queensland. It’s an album none of us could have predicted, but one that opened itself up to us. We just followed the music.”

Last week, FastForward:Sydney presented a two-day block of sold-out sessions exploring the “future of the music industry” in all its forms – from recording and storytelling to networking and data… and beyond. As Record of the Day said about FastForward’s Amsterdam event earlier this year:

“[FastForward] is focused on cultivating intelligent, candid, and forward-thinking conversations with a living room-style ambience. Large enough to offer differing opinions yet small enough to spend time with most in attendance, it’s a uniquely constructive and all-inclusive environment with positive change at its heart.”

We were so excited to serve as the only global sponsor for FastForward’s first-ever event outside of Europe, supporting the organization’s mission of “connecting the next generation of music industry leaders to help lay the foundation for a sustainable career in the modern music industry.”

Our very own Ben Godding moderated a panel featuring AWAL artist Set Mo on the “Future of Releasing Music,” exploring the drastic change technology has had on music consumption and how today’s artists, majors, distributors, and influencers alike need to adapt to successfully reach fans.

Felix Riebl was also on hand for a keynote entitled, “Collaborating Across Cultures & Communities,” talking about his experience bringing Spinifex Gum to life. We wanted to dig in even deeper to find out more about his life an an artist, the challenges behind masterminding a project like this, and the meaning behind its unique name.

So, how did your journey first begin as a singer/songwriter?

I grew up in a fairly musical house. My sister Rosie (aka, Rose Alea) is a classical pianist, my brother Max is a counter tenor, and I started playing drums and percussion. There was always someone practicing or listening to music somewhere.

At some point, I started playing the piano — not to practice but to discover harmonies. I found that pretty intriguing. I guess that was the time I started to write not so deliberately; it was more a case of returning to that place enough times.

I met Ollie McGill (The Cat Empire and Spinifex Gum) when I was about 14. He became a great friend and my first real musical collaborator. We started putting bands together, listening to a lot of different music, and going out to see other musicians play. That’s when songwriting took on a bit more purpose for me.

In terms of inspirations, there are so many. As I write this, three moments pop out: finding an old VHS and seeing Bruce Springsteen perform Rosalita live in Phoenix in 1973; hearing Rage Against the Machine’s Killing in the Name Of for the first time; and watching Wim Wenders’ the Buena Vista Social Club film when it came out. They all woke something up in me.

What initially drew you to start working with Indigenous Australians and the Spinifex Gum project?

My friend and collaborator Lyn Williams (OAM) invited me to write something based on the Pilbara for the Gondwana Indigenous Children’s Choir (members of this choir would go on to form Marliya) back in 2014, and soon after, we all went on a trip there together.

When I heard the choir sing for the first time, I knew something special would happen; there was so much heart and earthiness in their collective voice, and I thought that would suit my writing style. I was completely won over by their humor and generosity, and we soon became friends.

I was inspired to write for their character and youth. I was drawn to the idea of combining English and Yinjibarndi lyrics and was fascinated by the sounds of the Pilbara landscape. After that, the project took on a life of its own, and the songs started writing themselves. We just followed the music from there.

What was the most challenging part of completing the project?

It was challenging in so many ways. It’s a project that reaches across the country – Marliya hails from North Queensland, and I’m a songwriter based in Melbourne. Deb Brown (choreographer), Lyn, and Ollie McGill (producer) had to travel from different parts of New South Wales, and many of the stories emerged from the Pilbara in Western Australia.

The young women in the choir are aged between 11 and 18, so we had to bring all those people together in and around the school and family commitments they had. That was tricky.

On another level, some songs on the album deal with tragedies and other culturally sensitive stories, and so we made sure that we showed respect to the families and communities involved. That often involved traveling to see them and requesting permission to sing those songs. That was a very moving and sometimes-challenging experience but necessary to do Spinifex Gum the right way.

Is there any particular meaning behind the name Spinifex Gum?

When spinifex grass is burned, the roots melt into a sticky gum that, when dried, forms a resin so strong it can join spears. I touched that stuff when I was in Yindjibarndi country, and soon after, the opening lines of the song came to me — “Some things stick like spinifex gum like ants on honey, like money on scum.”

From there, the lyrics came to life. It was fun to write with those words; they’re really textured, just as sounds. It’s since become the name of the project as well.

Describe how you felt first hearing the Indigenous and non-Indigenous musical collaborations you helped bring together?

It’s been about the most exciting musical collaboration I’ve ever been involved in. Firstly, because I’ve seen the young singers of Marliya grow up and go from strength to strength as people and musicians. Secondly, because it’s more than just an album. Many of its songs have entered into a political and social context in an unflinching way, and that makes it count for more to me.

That we’ve achieved it with a super-talented Indigenous and non-Indigenous creative team, and celebrated that, has made it a real joy to be a part of.

Music video of one of the lead tracks from the Spinifex Gum album, LOCKED UP, feat. BRIGGS & Marliya

What’s been the most rewarding part of your career thus far?

In terms of performances, two moments stand out. One was being side stage for the curtain call of the Spinifex Gum Adelaide Festival show with Briggs, Peter Garrett, and Emma Donovan and watching Marliya take the last bow — the true stars of the show.

The other was playing the Royal Albert Hall with The Cat Empire and having my brother sing the encore with me. That was a great night. More than performing though, writing songs has been the most rewarding part of my career.

The songs themselves do most of the work. They make good companions, and they often bring people together in a beautiful way. They open those brief moments where it’s not either/or, but both/and.

What’s up next in your journey that you’re most excited for?

I’m excited to bring Spinifex Gum around Australia to other major festivals but also back into communities and detention centers as well, and who knows? Maybe overseas.

The voices of those brilliant young singers go straight into the hearts and minds of audiences, and I hope many more people get to experience that.

What are your ultimate goals as a singer/songwriter?

To write in a way where the authenticity of the song comes first before personal sentiment and affectation. To be in a private world when I write a song then see that song come to life amongst many different people.

Great! It’s a direct and effective platform, one that’s in line with where the music industry is now.