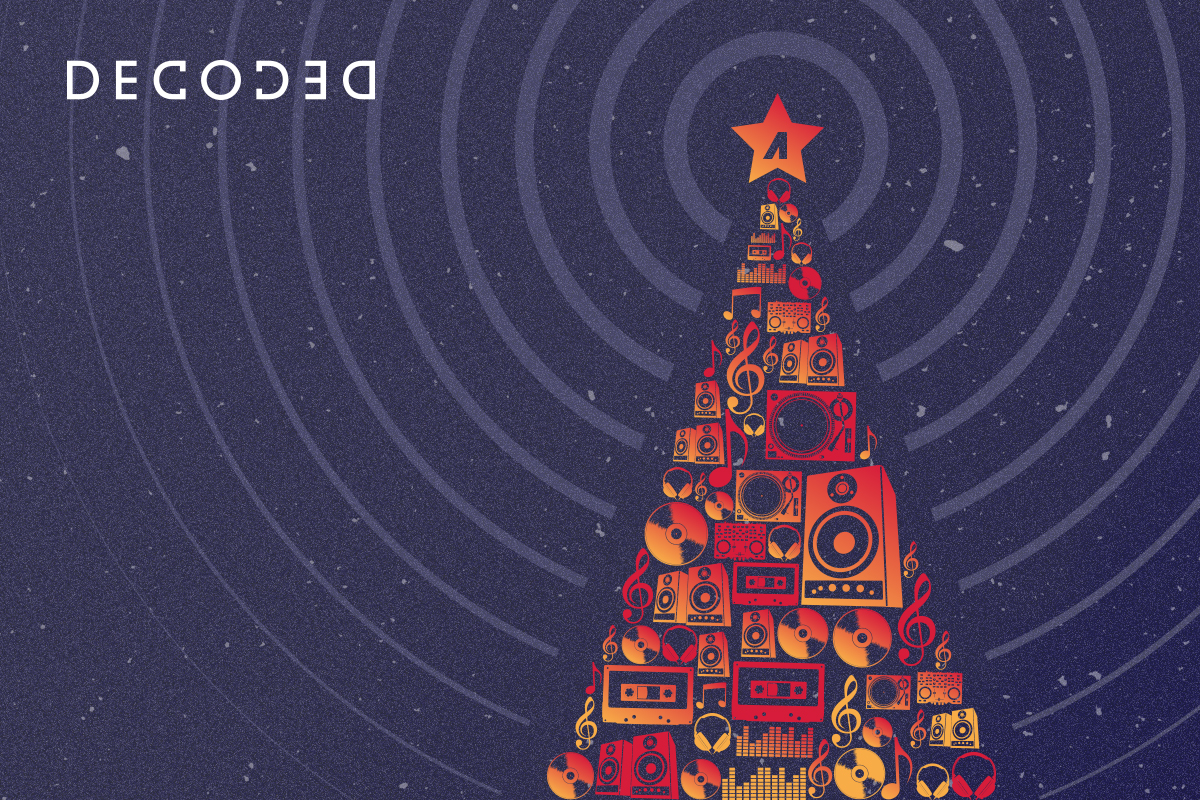 Actually, plenty of young folks side with the ancient indie adage about Q4: Best wait ‘til New Years. Common sense might, too. Lots of hazardous conditions inhibit holiday drops. Family traditions replace daily routines, the music press checks out or sprints through EOY lists, and the consumer media complex endlessly shouts about this year’s Tickle Me Elmo. Songs about dreidels and jolly bearded men hoard mindshare, and some of the biggest stars show up to dominate.

On the contrary, common sense might suggest no better time to drop limited merch, deluxe vinyls, and, even if you’re not Beyonce, music itself—when the majority follows one general rule of guidance, those who do the opposite tend to reap rewards with inventive ideas.

As always, there isn’t one clear cut answer, and much has changed since this anti-December narrative took form. Before we sift through the data and present findings on the pros and cons of Q4 releases in the streaming era, let’s look at how we got here.

Marketing & Advertising Were More Expensive During the Holidays

Once upon a time, labels paid 10s of 1000s of dollars for circulars—postage-sized adverts in mailer pamphlets from big box retailers. The cost of a circular ad at big box retailers on a normal week is typically north of $50,000, but during the holidays this can easily double.

The increase in consumer demand during holiday shopping season raised these advertising costs. Resultantly, barriers to entry were skyhigh for artists during this end-of-year stretch, especially those who had not yet attained superstardom.

Additionally, retailers will only buy products they know they can sell, especially if they only have 200 title slots for album releases. There’s heavy competition for inventory and visibility, and, even for major music companies, it can be tough telling Walmart what to do.

“You could easily spend $1 million back then on marketing for a holiday release,” Segalini tells us. “It was extremely costly to promote at retail. You’d pay for your little circular ads and then you’d buy billboards along the route to the stores. If you were a major act and you released music in October, it’d be plastered everywhere by Thanksgiving.”

People still spend a big chunk of time and money shopping during the fourth quarter. Amazon even hired 120,000 additional workers last holiday season to keep up with shipment spikes. Just brick-and-mortar retail rushes drove up the price of physical ads for music, the same happens with digital. Companies of all kinds are trying to move units, which limits online ad inventory, which increases prices. Marketing costs still rise, but on a smaller scale.

Attention, in its simplest form, is more or less zero-sum. Can we listen to 64 songs at the same time? Sure. Would we consider that insufferable? Almost certainly. Every second a listener spends on “All I Want For Christmas Is You” by Mariah Carey (nothing personal) more often than not means a second not spent on new releases.

In 2014, Billboard published a story that detailed holiday music’s share of total album sales. Every week, the percentage increased, beginning at less than one percent in September and eventually reaching 19 percent the week before Christmas.

The Washington Post later investigated the inescapable pervasiveness of jingle bell rock on radio and discovered, well, a lot. Some stations’ doubled their reach when they went all in on Christmas cheer, occasionally leapfrogging competitor rankings in the process. Audio ads sold for a premium in December, benefitting adult contemporary stations most.

So audience penetration shrivels around this time of year, right? It’s not quite that simple.

A dated but nonetheless fascinating 2008 study found that nonstop Xmas tunes can result in a 67 percent churn rate for preexisting station listeners. Most of us appreciate a little sonic diversity, and the overflowing abundance of “Silent Night” might send certain listeners running for cover elsewhere.

Mariah Carey just hit #7 on the Billboard Hot 100 for a Christmas song she recorded 20 years ago, Spotify’s Hip-Hop Christmas playlist sits at the top of the Browse page, and “Jingle Bell Rock” is back in the Radio Top 40.

Radio Shut Down, So The Entire Music Business Followed

Our industry’s lengthy holiday shutdown remains infamous. Music companies resemble ghost towns between December 15 and January 5. Why the lengthy winter break? When radio still ruled the world, many stations locked in their song rotations from mid-December through New Years, freezing playlists—and the countless jobs orbiting them.

“They used to set it and forget it,” says Ron Cerrito, President, AWAL North America. “50 to 60 percent of stations also freeze their playlists before and after Thanksgiving. At the same time, the first three weeks of December can be strategic release periods because it only takes one week of quiet for radio to need something new to plug in. Some small tweaks still happen. You really have between 12/15 and 1/15 to get play history on a radio song without the stations scrutinizing every bit of data. That can be really valuable.”

“If you’re a new artist, the last six weeks of the year are not the most ideal to release your first song,” says Justin Macchio, Sr. Director, Artist Marketing at AWAL Recordings. “If you have an established fanbase, I would still stay away from the week of Thanksgiving and the last two weeks of December.”

Radio still reigns supreme (or, at the very least, remains important) for a chunk of the world. Even in this jam-packed, often predetermined stretch of the year, it’s never smart to entirely discount the format; as Cerrito mentioned above, the quiet can foster respectable wins.

While the big holiday break—courtesy, in part, of radio—impacts almost everyone (it might be tough getting that key email back if your contact is in the Bahamas), there’s a million ways to make it in 2018 and beyond. Radio silence is rarely, if ever, the best move for an artist. Have fun with it, take risks, stay in touch with in-season tactics, and rest up. 2019 awaits.

Subscribe to our weekly newsletter and stay tuned for the second half of our Q4 article series, in which we dig through data to uncover how, if at all, seasonality and the holiday spirit impacts streams for different artists.