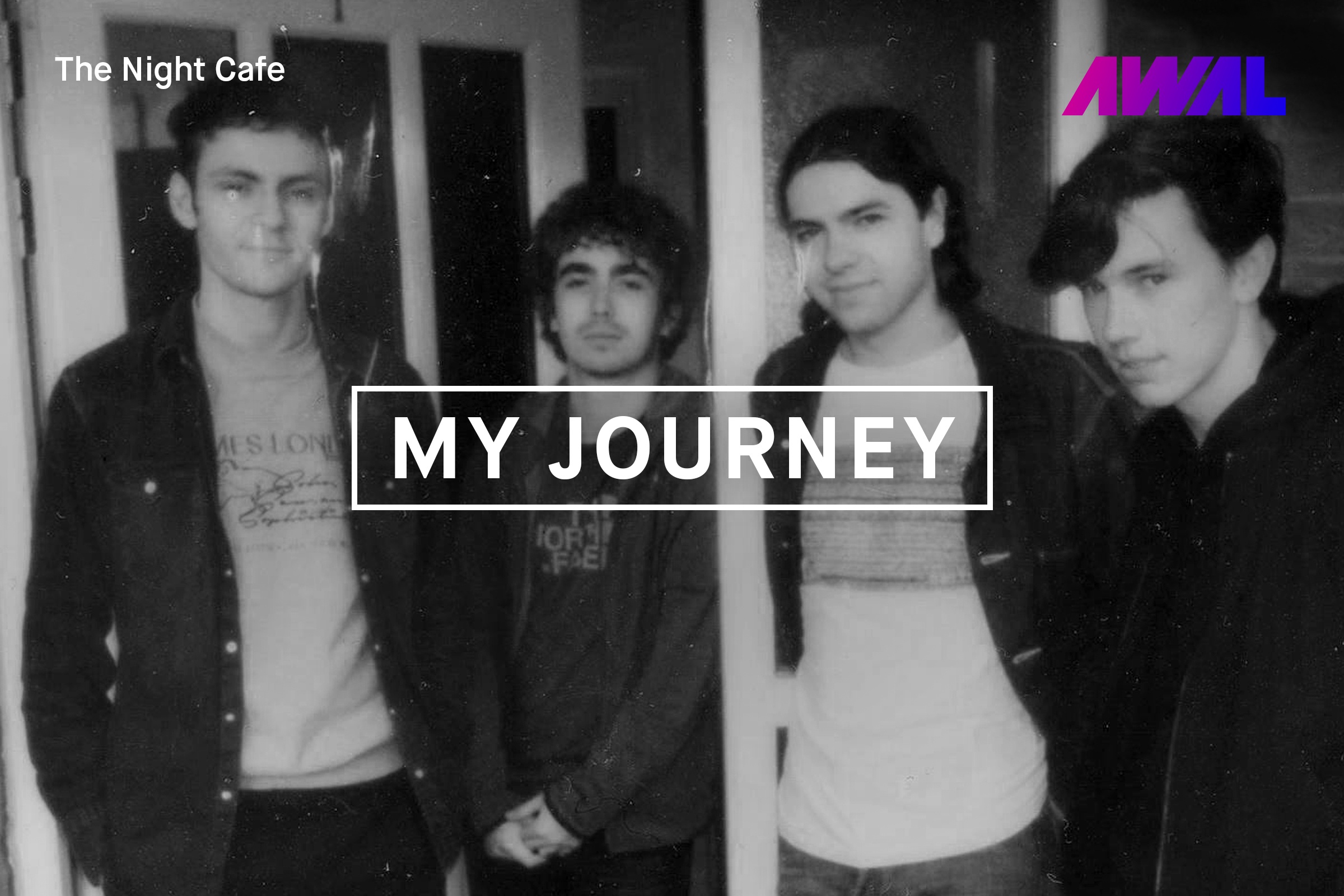 8 Thoughts from The Night Cafe Before Taking TGE

With almost a non-stop touring schedule, including an opening slot for fellow Liverpool rock band The Wombats on their UK/Europe dates earlier this year, The Night Café has come a long way from meeting as school kids a few years ago.

Now, the trio prepares to take the stage at this year’s Great Escape festival in Brighton, UK. On Thursday, they’ll appear in our TGE AWAL Showcase alongside Bruno Major, Tyne, and more.

Ahead of the showcase, we chatted with The Night Café’s vocalist and guitarist, Sean Martin, about the band’s journey, future, and what to expect at TGE.

How did you journey first begin? How did the band come together?

The band started with me and Josh [Higgins, guitarist] just learning to play guitar together and writing and recording songs after school every day. We knew Carl [Dillon, drums] and Arran [O’Connell, bass] and wanted them to be a part of something. It was never really intended to be a band — we just wanted to make tunes together!

Who have been some of your biggest inspirations?

We have so many inspirations. When we first started, we were listening to Wild Nothing and Bombay Bicycle Club a lot. Bands like Title Fight as well — dark, shoegaze music seemed to grab all of us.

What have been some of the hardest obstacles you’ve had to overcome thus far?

Finding time to be able to do what we want with the band was always hard when we had jobs. Luckily, we’re past that, and we’re full time dedicated to this now.

What’s been the most rewarding moment thus far?

The most rewarding thing for me is that we’re selling out gigs outside of Liverpool — even our last tour was almost sold out! Such a good feeling knowing people are loving what we do.

Just be excited to have a dance. Good vibes only at our shows.

Feels boss! It’s an exciting movement to be a part of.

What does “success” mean to you as a band?

To be happy and earn money doing something we love would be classed as success for us as a band.

How has your experience with AWAL been thus far?

It’s been great. We’re all very happy and excited to be working together.