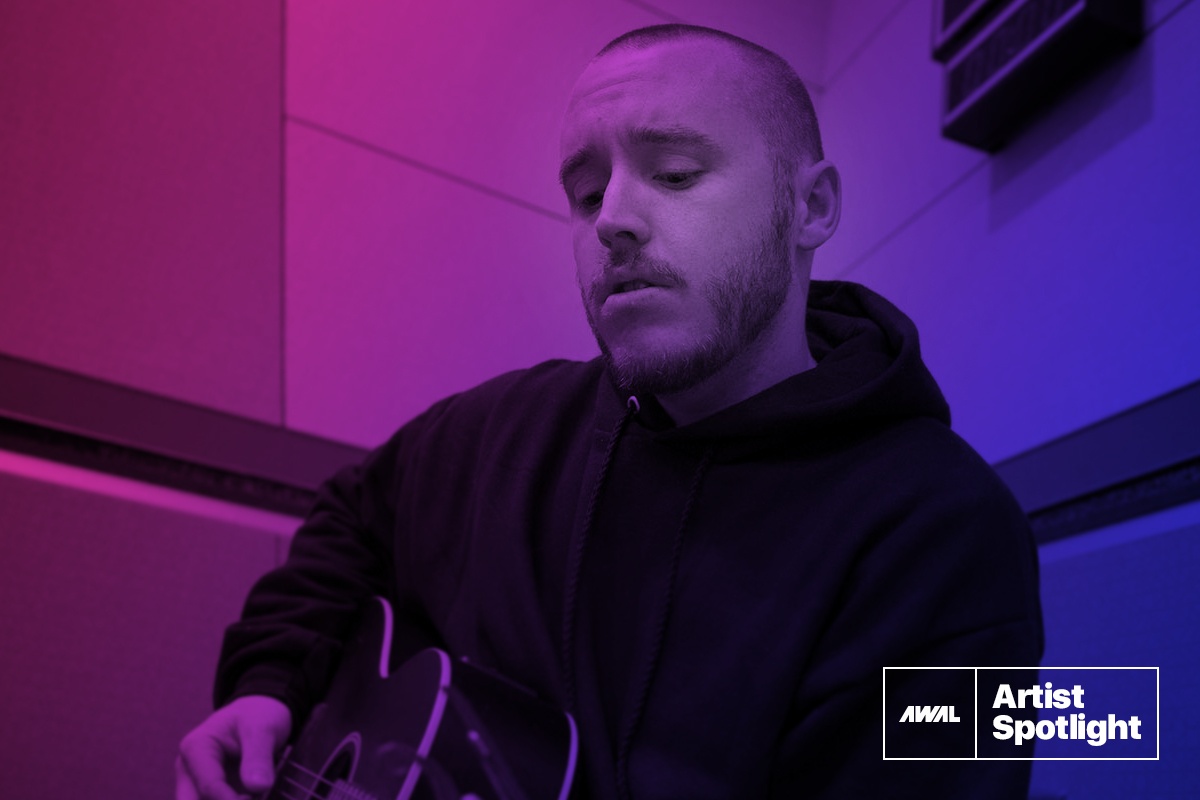 Many artists underscore the importance of never forgetting where you come from, but for singer/songwriter and Massachusetts native Terence Ryan, the essence of home fuels his music with everything it means to be a New Englander.

Growing up in a working-class household where his parents owned and operated a warehouse (“A literal mom-and-pop business,” he says), Ryan’s future seemed predestined — he would, of course, continue the tradition. His entire life, Ryan was ingrained not just with the serious work ethic of his parents, but also the tenacity and devotion that’s almost stereotypically characteristic of the region.

“I think Boston movies are kind of ridiculous,” says Ryan, “but if there’s one true thing about them, it’s the loyalty theme that’s in every single one.”

To break the mold, then, was that much more challenging. Unlike many artists, Ryan comes from a non-musical family, although one of his earliest musical memories is watching MTV with his father. After discovering a keyboard around the house, Ryan started tinkering around and eventually expanded his instrumental repertoire to include piano, guitar, bass, and drums.

“It’s always been a weird thing written in my DNA,” he says. “I’ve been so fucking obsessed with music, sometimes in a bad way. I never had an option other than pursuing it.”

Even though his family and friends might not have understood his passion, they were “supportive as hell,” says Ryan. In fact, since turning his focus to music, Ryan has spearheaded the LVSND collective, which encourages and inspires his pals back home to tap into their own creativity.

Ryan and some close friends at his parents’ warehouse in Boston.

Many of Ryan’s photos, videos, even album art are created collaboratively under LVSND, using his parents’ warehouse as a home base. It’s become something of a mission for him to get others involved as a way to help them find their own escape beyond day-to-day living.

After releasing his first EP, Will Word and Hand, in October 2015, Ryan’s debut album, Don’t Panic, came out last June on 3QTR via AWAL/Kobalt. It’s as much an homage to his hometown as it is a culmination of Ryan’s chops as a musician, producer, and engineer.

“We released Don’t Panic, on a pretty quick timeline,” says Sarah Landy,  SVP, AWAL/Kobalt Music Recordings, “which was suitable with how much the album is a body of work — a genuine and soulful journey that Terence brings you into, start to finish.

“Without much of a setup, it was really exciting for us to see the curation that organically happened because of the quality of the music.”

To date, Don’t Panic has earned over two million streams across all album tracks  — its most touching single, the emotional “To Live and Die in New England,” accounting for the bulk of the plays. Released ahead of the album, “…New England” followed two previous singles: “Mean It” — which featured an accompanying music video that introduced Ryan’s daily routine in Boston’s South Shore — and “Nothing.”

Another track from the album, “Supernovacane,” earned a synch placement in OWN’s Queen Sugar, and the stellar ballad “Soul Lay Open” not only landed on Apple Music/iTunes’ Hot Tracks but also scored a New Music Friday placement alongside “…New England” the very same week — an anomaly that sets Ryan apart as one to watch.

“It was always a dream of mine to see a million streams on one song, and it just happened the other day [on ‘Sweet Alchemy’ from Will Word and Hand],” he says. “It was the greatest fucking thing ever.”

This year holds another highlight for Ryan: his first-ever appearance at SXSW. Featured in the AWAL EMERGING Official SXSW Showcase on March 14, Ryan calls the opportunity “a bucket-list dream.” That, of course, wouldn’t be complete without sharing the milestone with those who supported him along the way. “All my friends are coming out,” he says. “We’re getting a house, we’re going to tour around the city and bring Boston to Austin.”

Long before he trekked down the road to SX, Ryan said he began feeling “suffocated” by his hometown and its factory doldrums. Music’s siren call soon grew so strong that he made a drastic, somewhat impulsive, decision to uproot himself from everything he ever knew, get in his car, and drive across the country to LA. No plan, nowhere to stay – no idea what would happen next.

“I was getting so anxious, and I just felt like nothing was really happening,” he says. “One day, I just thought, ‘Fuck, I’ve got to go. I got to make this happen.’ I just packed my car and left.”

During the year he spent in SoCal, Ryan bounced around friends’ couches, campgrounds, and, ultimately, wound up living in his Honda Accord. “I would tell my friends, ‘I’m staying with my manager,” says Ryan, “I would tell my manager I’m staying with friends. I’d tell my parents I have a place. I would just lie to everybody and say I was somewhere else, but really, I was in the Jack-in-the-Box parking lot.”

By necessity, the car became a makeshift recording studio. (“The soundproofing is good with all the windows up,” he says.) Alternating between blasting the AC in the blistering Los Angeles summer heat and shutting down the engine to record in silence, Ryan found himself strangely inspired not by the picturesque California landscape or the freedom of breaking away, but by thoughts of home — the very thing he’d tried to escape from.

“I realized how valuable and meaningful everything and everyone back home was to me,” he says. “It’s the most important thing to me.”

Millions of streams later, Don’t Panic, Terence Ryan’s faraway love letter to New England reflects that dreamy wistfulness and heartfelt sincerity — relatable to anyone who took a risk to chase a dream. When it came time to release it, Ryan chose to partner with AWAL. Since then, he’s become increasingly excited and grateful because the company “reminds me a lot of people back home.”

“It’s not just a business,” he says. “I feel like people there care about your story, your pain, your music, and everything.”

“People don’t realize that the art and the pain behind music is a human being you’re dealing with, and [a lot of companies] are just trying to turn it into a number and come up with a marketing campaign. When you find people that are empathetic and really want to care, it means a lot.”

On March 2, Ryan will physically release Don’t Panic at iconic New England record shop Newbury Comics — a dream achieved for a Boston kid who grew up shopping there. Because getting his album stocked in its shelves was such a huge deal, Landy and team made sure it was included in the album’s rollout plan.

“I believe Terence Ryan has an incredible career ahead of him,” says Landy. “He’s the kind of artist you rarely come across — an undeniable talent in every sense. It’s that true energy of someone who lives and breathes songs. Working with Terence is really inspiring; you feel the depth of his creative energy and want to share it far and wide. I’m grateful to be a part of his vehicle.”

Terence Ryan’s worlds collided in the video for “To Live and Die in New England,” which was shot by the LVSND collective. It’s filled with vignettes of everyday occurances in the dead of winter: metal workers welding, roofers climbing ladders, barbers sweeping floors.

“It’s as much a tribute or gift or showing of gratitude as it could be to everyone that I grew up with and strangers that I grew up around, even,” says Ryan. “I was like, ‘I need to do a video that mirrors that perfectly.’”

“I tried to capture the truth and shine a light on everybody’s regular life that, at the time and still now, I think is such a beautiful and important thing that just gets overlooked.”

If you’re looking for a true partner to help you take your career to the next level, become an AWAL member like Terence Ryan!