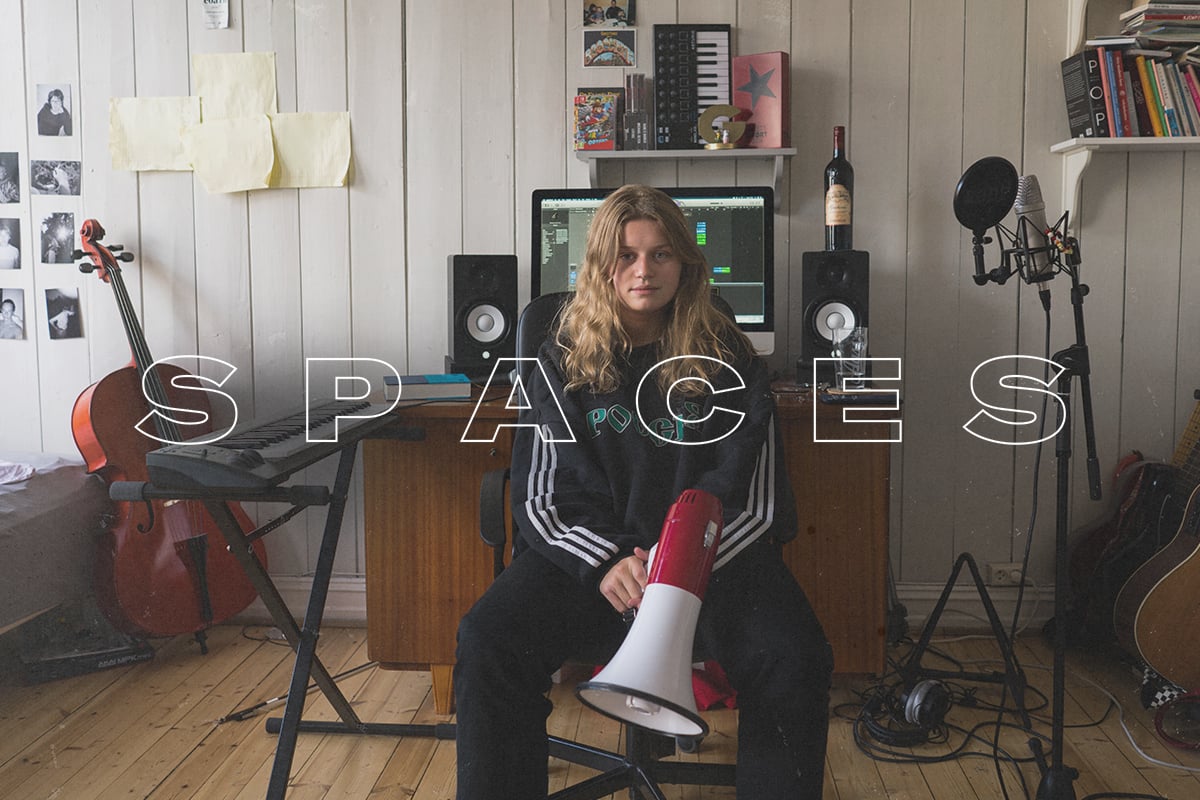 SPACES: girl in red Hit 150M Streams With Inclusive Self-Love And A $150 Mic

Brick by brick, the girl behind girl in red has turned YouTube comment sections into group-hug confessions, recording self-produced rally cries that put inclusive lyrics front and center. If you’re coming of age and can’t relate to the coed desires at the heart of every John Hughes classic —or 99.99% of rom coms, period — lines like “No this is not a phase” and “I’m not talking ‘bout boys, I’m talking ‘bout girls” hit home. To Ulven, it’s whatever. Honesty is the best policy. But there’s still something radical about spelling it out: Love who you want to love.

With sold-out shows from Dublin to San Fran and more than 150,000,000 streams under her belt, girl in red doesn’t exactly scream new-kid-on-the-block. Hell, a growing corner of the internet would have a bone to pick if Ferris Bueller dropped today and didn’t feature “girls” or “bad idea!” That said, just a couple years ago the AWAL artist would watch her SoundCloud uploads come and go without fanfare, back when she’d record dozens of vocal stacks on a cheap mic before learning about compression.

“At first nobody really listened,” she tells us in the newest episode of SPACES, which documents the makeshift setups in Horton and Oslo where she’s created just about everything so far. “It sucks. You put something out because you feel like you have something to say. My song ‘i wanna be your girlfriend’ got like 5,000 streams the first five months. It’s just crazy to think that over 10 million people have listened to the song now.”

Early isolation did have its perks. 3,600 miles from her stateside contemporaries, Ulven was free to live her music into existence, uncovering fresh ideas by giving new feelings room to breathe. From those memories formed the 35mm videos that inspire bucket lists (“Kissing a pretty girl in the woods while wearing big sweaters is my whole life dream now,” said one fan) and the words that inspire bravery. “I was scared to leave the closet,” another fan wrote in response to one of Girl In Red’s releases. “I tried to do it subliminally by playing this song in the car. My mum stopped driving and just looked at me and hugged me.”

If you’re a fan, you’re “dude” to girl in red. girl in red’s dudes — the 100s of 1000s struck by her facts-only ethos — include but are not limited to brave souls who see concerts alone, Greta Thunberg stans, hairy leggers, Clairo, grandpas who drift their way to first place in Mario Kart, moms, dads, sisters, brothers, Super 8 aficionados, your best friend, their best friend, and probably you as well.

To state the obvious: girl in red is for everyone, and everyone is starting to take note. She rebranded October from the month of goblins, ghouls, and zombies with no conscience to the best time of year to tell your crush how you really feel. She’s made memorable music for rooftop rendezvous, late-night mistakes, dizzying morning-afters, and even step-by-step iris illustrations on TikTok. The successes are mounting, but not much has changed. Marie’s still pulling it all off with nothing but bare essentials and a heart of gold.