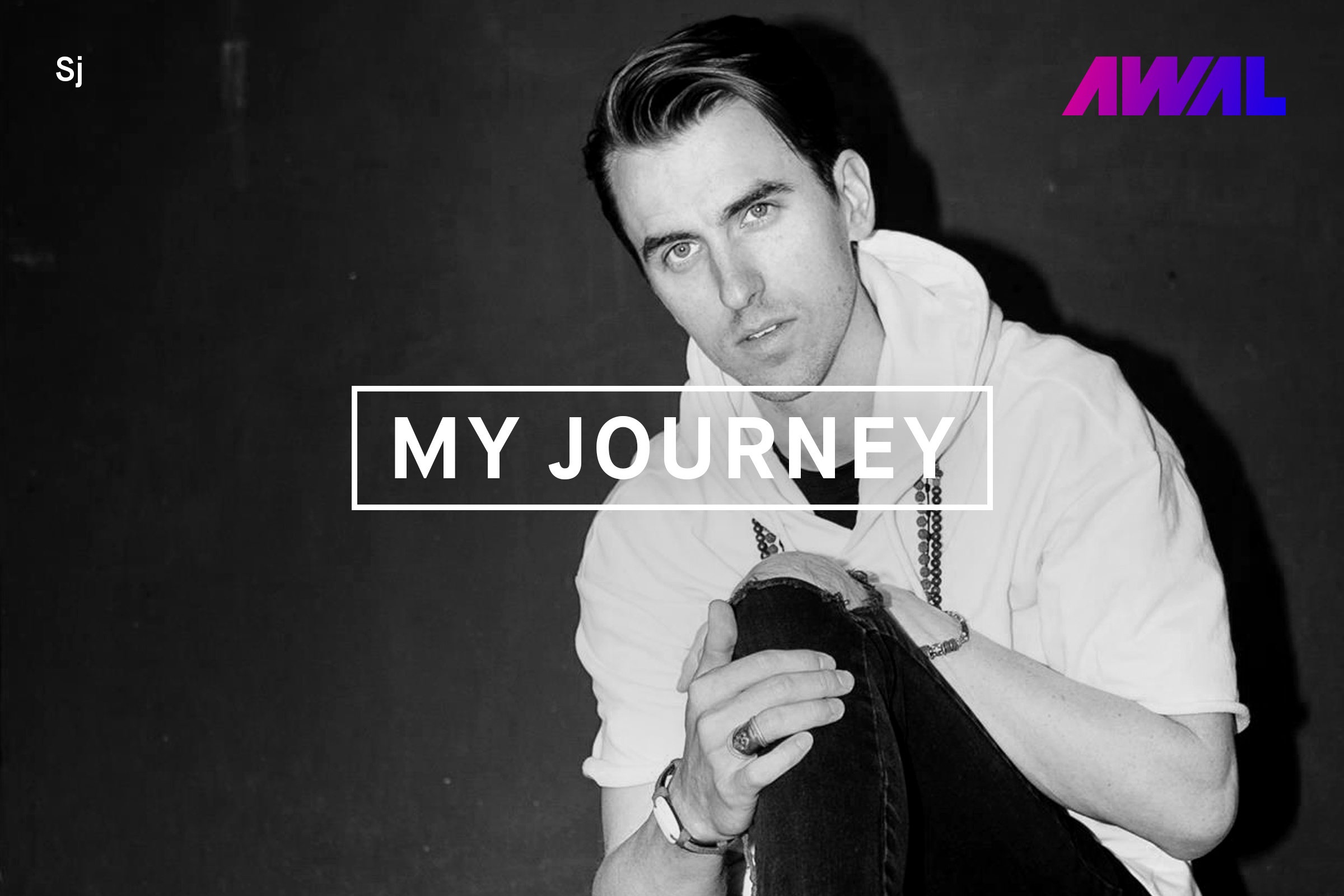 After collaborating with electro duo Tritonal on his first song, “Hung Up,” which, to date, has earned over 33 million streams, Sj once again called upon the pair for “Calabasas,” the debut, title single from his first EP. His brand-new, six-song collection — out today! — features a variety of personal, emotional themes dealing with relationship struggles.

To celebrate the release of Sj’s first EP, making its grand premiere here on the AWAL Blog, we spoke with the Los Angeles-based singer/songwriter about his inspiration, touring with Tritonal, and the story behind the gorgeous music video for “If We Could Stay High.”

It first began in college. I met a few guys in my dorm who played music, and we started writing and recording in our little dorm room.

Talk us through the process of putting together your debut EP.

It came really naturally. They were songs that needed to come out. The previous two years of my life had been really crazy, and when it came time to write, those were the songs that spilled out.

What were the biggest obstacles you overcame?

I’ve been writing songs for a long time. That’s not the hard part anymore. But there is so much that goes into getting a song to the finish line. Artwork, release plans, mixes, etc. Every time it happens I’m like, “Whew… that was intense.”

What was the greatest highlight of the process?

The highlight is definitely getting out on the road and meeting people who love and connect with your music. Nothing better than hearing people sing back your diary.

Why Calabasas? Does the place hold a particular meaning for you?

I was in a relationship with a girl who lived there. My studio is near the ocean, and I would drive up Topanga Pass late at night to see her after I was done working. It clearly didn’t work out… ha!

Are there any overarching themes tying the EP’s songs together?

For sure. The EP is about processing loss and relationships. I was married when I was younger, and when you lose something like that, it changes you on a deep level. It goes beyond, “I miss that person.” You start wondering who you even are without that person, without that relationship.

How was it getting back in the studio with indie-pop artist Chelsea Lankes again after working on “Ringing Bell” together a few years prior?

It was awesome. Chelsea is a dear friend. I’m also a fan of hers. It was cool to get back in and work together after so many years!

“If We Could Stay High” is a really moving track that anyone who’s been in a relationship can relate to. Did the emotions behind this track come to you from a personal experience or somewhere else?

Definitely personal experience. All of my songs do. I had come out of a particularly difficult relationship and was wondering, “Is this even possible? Is it even possible for two people to be together forever?” I wanted the song to be an honest conversation between two people at the end of their rope, looking at each other and asking the hard questions.

The song really doesn’t answer the question. It just leaves you in that place of tension and sadness. I wanted to capture that confusing feeling of two people stumbling out of a relationship.

The “If We Could Stay High” music video takes the viewer to so many different breathtaking places. Where were some of them? Which were some that you found particular beautiful when filming and why?

It was such a fun shoot. Chuck Willis and I combined treatment ideas. I wanted to make the video a musical conversation, and he had this crazy idea to shoot 30 locations in two days! He called me and was like, “I have this video idea… but I need an artist who’s crazy enough to do what it takes to make it.” We shot everywhere from the poppy fields in Antelope Valley to downtown LA. Honestly, some of my favorite shots were in a parking garage!

Using just one word, what do you hope listeners feel when watching the video?

I want people to feel a kind nostalgic hopelessness. Oh, one word? Nostalessness.

What have been the highlights so far being on tour with Tritonal as part of the “10 Years of Enhanced Music” North America Tour?

There are so many. I love hanging with the guys every night. As far as shows, my favorite so far might be Sacramento. The crowd was amazing!

What would you say are your ultimate goals as artist?

I want to make music that connects with people’s pain and joy, and I want them to be able to be free and dance.

Amazing. I love the team at AWAL. I’m super creative, but I also am very involved in the business side of my career. I love companies that are leading industries in new directions, and AWAL is doing that. I know how important it is to have people who champion and believe in you, and AWAL has been that for me!