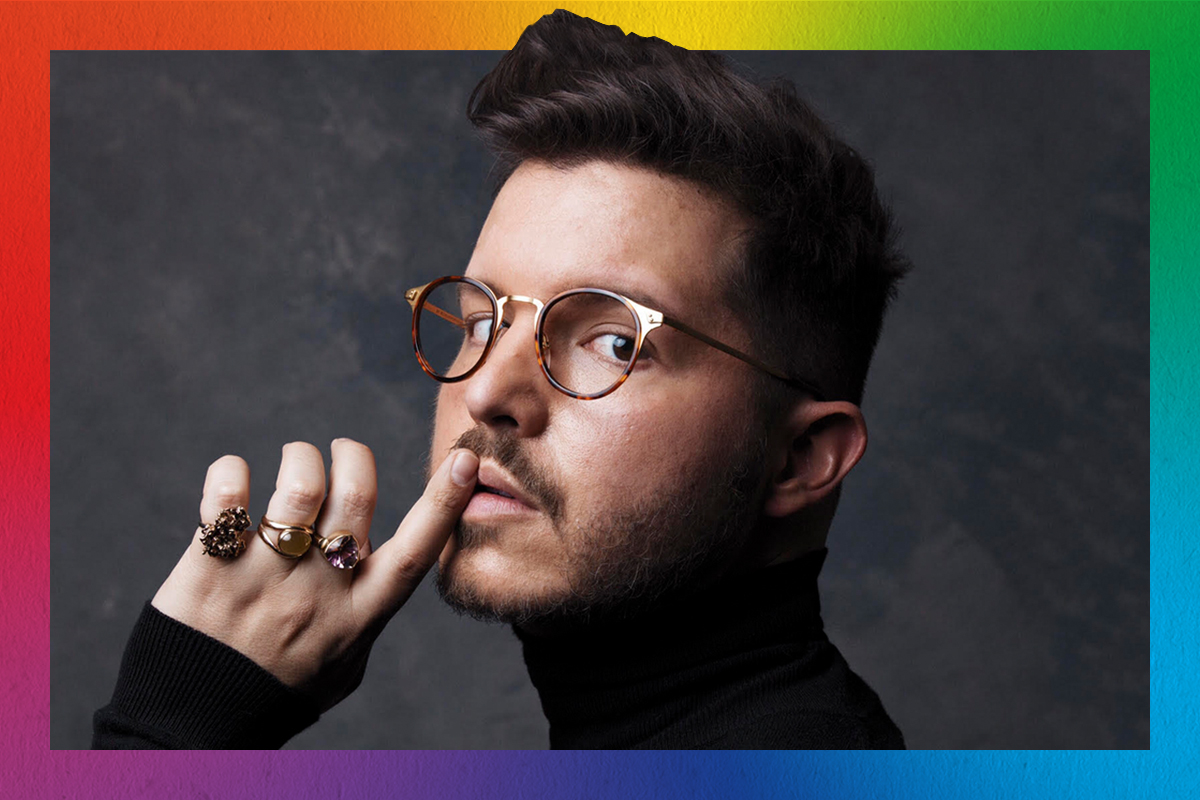 Op-Ed: The Sounds That Shaped My Life ft. Simon Curtis

Singer. Songwriter. Actor. Author. Over the last decade, Simon Curtis has flipped just about every medium he can find into a chance to touch lives. Tall ambitions betray a long road to artistry.

Simon’s success did not come easy. The powerhouse creator battled Leukemia as a child. He endured disownment from his family after coming out as a gay man. Neither stopped the Tulsa-raised polymath from finding his place and winning on his own terms. Pop icons played a big supporting role along the way.

This Pride, we’re celebrating both individuals like Simon and the shoulders they stand on, paying homage to the trailblazers and the music that inspire folks to be prideful.

Simon: Like so many other gay boys before me, and surely many after, pop music saved my life. It gave me hope when I had none, connected me to the entire world when I felt alone, and most importantly, it gave me a dream to follow. Pop music showed me that words and melodies can touch our souls, heal our hearts, and shape our lives. This Pride, I wanted to take a moment to say thank you to the artists and albums that not only saved me, but helped show me who I am.

Britney Spears – Oops!…I Did It Again

Until Britney ripped off her tearaway tuxedo at the 2000 VMAs, I had only ever dreamed of a future in musicals on Broadway. I was 14, and that moment changed everything for me. From then on, I wanted to be a popstar, and this album became my life. I performed every song for anyone who would watch, lip synced it in its entirety every single night in my room, and used it to help reshape my voice when Beyonce’s dad told me I needed to quit musicals and find some soul if I ever wanted to be a recording artist (true story). Other albums on this list are here because their words and sounds inspired my art, but this one is here because it showed me what my dream was in the first place.

When I was 11, I scammed my mom into buying this album for my dad after church one Sunday shortly after it was released. Both of my parents loved “Together Again,” but really, I wanted the album for myself. I took one listen and was dismayed to find it wasn’t filled with 15 more euphoric, bittersweet dance anthems. Years later, once a bit of teen angst and closeted existential crisis set it, I revisited the album one night and it changed my entire fucking life. Until this album, I didn’t realize pop albums could tell a story. It didn’t occur to me that pop could be intelligent and dark and angry, as well as joyful. This was the album that convinced me my sad poems could make fantastic songs one day.

Darren Hayes – The Tension and The Spark

I grew up singing Savage Garden songs more than almost any other artist or group on the radio, simply because I could make my voice sound like the lead singer, Darren Hayes. His second solo album, however, was a game changer for me. Until this album, I had never heard anything that sounded like the music I’d always dreamed of making, ie, the gay Velvet Rope. This was the first album aside from The Scissor Sister’s debut that I could directly relate to as a young gay boy. No filtering, no interpreting, just someone expressing things I’d always felt, and connecting me to a tribe I never realized I was a part of.

As a writer, as a recording artist, as a fan, this album is the pinnacle. It still sounds like the future, and probably always will. I will never make an album of my own and not think about this one the entire time. Wondering how I could ever possibly come close to such perfection. This album is everything. Ugh.

This album released shortly after my return of Saturn, and honestly I think it will always feel like rebirth to me. More than any other album in recent years, this one made me reconsider my art, made me rethink what it means to be a recording artist in the first place, and gave me the faith in myself to start recording and releasing music once again after several years of crippling self doubt and depression convinced me to stop. There is a sense of honesty and courage in Kacey’s music that had been shaking me to my core for years, but hearing this album for the first time truly was like standing in warm, golden light after an endless rain and seeing a glittering rainbow overhead. It reminded me of who I am, and why I am here.

From the undercurrent of unrequited love permeating all the songs on my first album, 8Bit Heart, to my gay sex anthem, Flesh, my most recent release, Love, and my upcoming double single Graduate/Rainbow, my own music and my very point of view on pop music itself has been delicately shaped and molded by these artists and their work.

Every time I meet someone who tells me that my music has somehow touched them or helped them back when they were in middle school or helped them come out in some way, I can’t help but take pause and feel so much gratitude that I’ve been able to pass along a bit of the gift these artists gave to me. This Pride, I hope we can all take a moment to feel that same gratitude, and pass along our songs, our words, and our stories to the next generation of kids who will flower and flourish because of them.