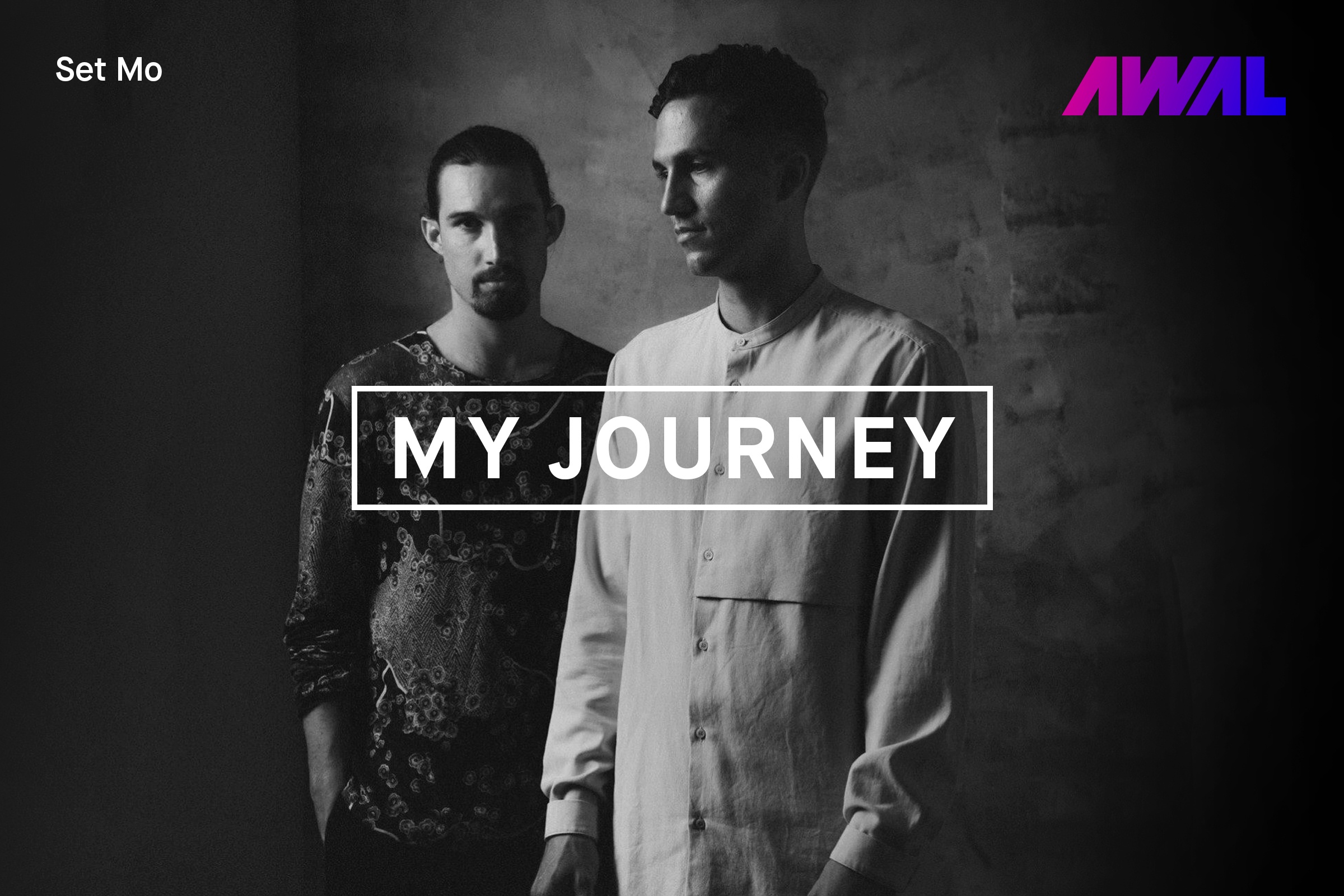 Beginning as a DJ combo back in 2012, pals Nick Drabble and Stu Turner transformed into Set Mo, a Sydney, Australia-based electronic-music duo the following year. Since then, they’ve worked on a string of singles that range from downright melodic and heartfelt to jams that get any listener’s blood pumping.

Most recently, they’ve decided to release a new track on the first Friday of every month. Since the beginning of 2018, they’ve unleashed collabs with UK artist Scott Quinn and, most recently, Asta on “Near.”

In fact, the dynamic duo will be speaking to their inventive way of releasing music at Sydney’s FastForward conference on April 12. They’ll be joined by AWAL’s very own Ben Godding and others on the aptly named “Future of Releasing Music” panel.

To dive deeper into their career, goals, and their philosophy behind releasing their music, we went right to the source – Drabble and Turner themselves.

We both have been avid music lovers our whole lives. As teenagers, we started going to shows and clubbing, which then led us to start DJing. From there, we started dabbling in production and writing music.

How would you describe where you are now in your artist journey?

Even though we’ve been doing this for a few years now, we feel there’s still so much we want to do that we’d say, in some ways, we’re just getting started.

As we’ve embarked on this journey, we’ve definitely learnt to be more patient. If you’re in it for the long run, there’s going to be constant obstacles to overcome. We’ve learnt that, as things are constantly evolving, it’s vital that you do, too, as an artist to make sure you stay at the top of your game.

It’s hard to say, but one thing that will never get old is playing a show to people that know and enjoy your music. Playing to a crowd singing along to one of your songs is a pretty incredible feeling, and we’ve walked off stage many times feeling extremely buzzed from that.

Tell us a bit about your “Track a Month” project. Where did this concept come from, and how is it going so far?

Over the last year or so, we’ve spent a lot of time writing music and really experimenting with different styles, sounds, and moods. As we’ve just been putting out two or three singles a year for the last few years, we thought it may come as a bit of a shock to some to then just dump all these new songs at once especially considering the diversity of the music.

So, we thought we’d take people on this musical journey and give them one track a month, each one being different in style from the last. People seem to be really enjoying it and have really embraced this new format from us.

Your track this month features Asta. What’s one fun fact about that collab?

This is the first Set Mo track to ever contain a swear word. Naughty, hehe.

This year, we’re heading overseas to play our first shows in the Northern Hemisphere. We’ve loved touring and playing around Australia and New Zealand over the last couple of years, so we can’t wait to come and play to some new crowds.

What are your ultimate goals as artists?

To be able to do this for life.

We have quite honestly loved being with AWAL. Because we are so hands on and have always been very in control of all the creative aspects of our project, it’s great to be able to do what we want with a great platform to then get it out to the world.