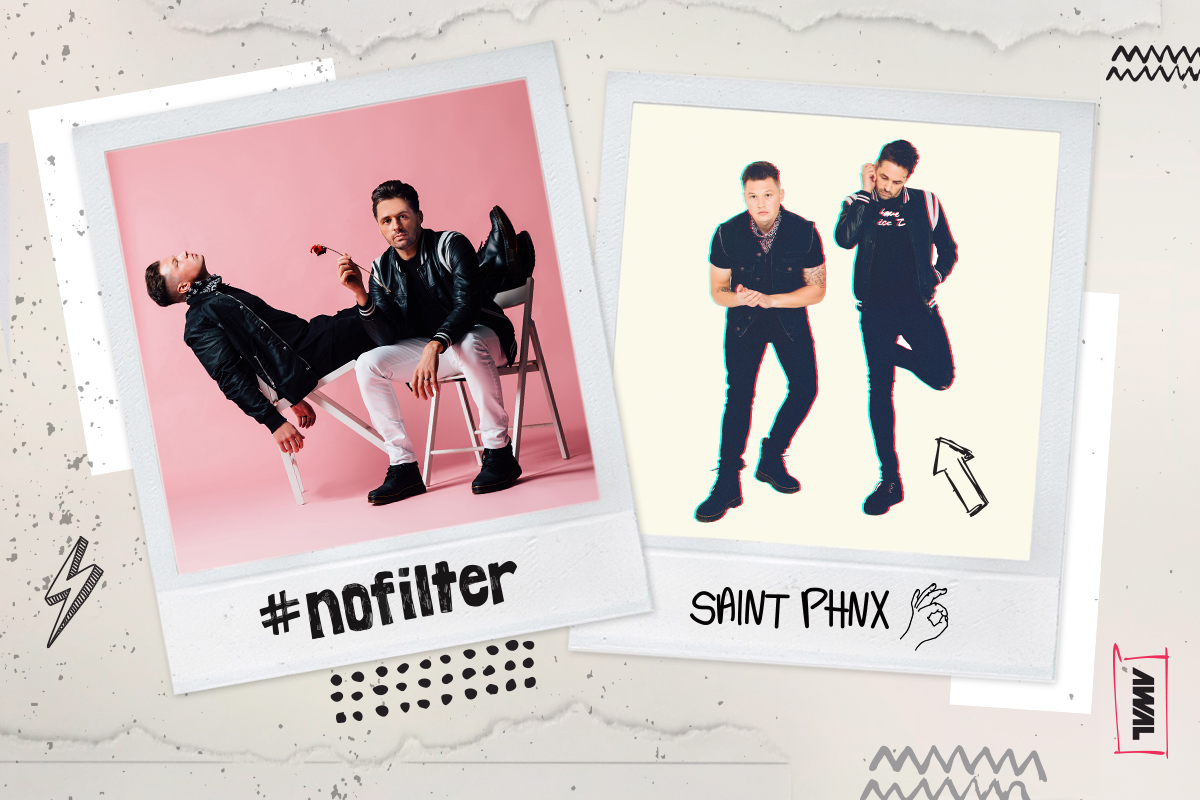 Similar internet magic struck Glaswegian brother duo Saint PHNX when their “Deadmen” video found its way to YouTube’s Related Tracks section for an Imagine Dragons video, a full circle moment if there ever was one. Last year, the brothers opened for the Vegas-raised megastar act in London. A million views later and Saint PHNX now have all eyes on them.

The boys look to make good on early promise, but there’s always time for laughs on the way up. Keep scrolling for honest thoughts about read receipts, backstage bullsh*t, and the science behind identical twins.

1). People who use read receipts for texting are:

Once went on a date with a girl that had a stick-on ponytail. Frightened the shite right out of me.

The most successful football team in the world.

The Gers, The Teddy Bears, The Boys in Royal Blue.

Yes, I’m doing it right now as I type…… with no clothes on.

—and what usually happens?

I get on with day to day life…… with no clothes on.

6). Three artists people are sleeping on?

7). The most overrated thing about being in a band is…

8). How would your fans describe you?

A fan once described me at a charity event as, “Genuinely funny and surprisingly down to earth.”

How would your brother describe you?

A selfish man child who is not our Mother’s favourite and has terrible fashion sense.

9). Anything you wish we had asked?

Why do identical twins have different fingerprints?

Although identical twins share the same DNA, they don’t look identical cell-for-cell, because not every aspect of your physical appearance is rigidly determined by your genes.

Fingerprints are formed semi-randomly as the foetus develops in the womb and are affected by such things as chance fluctuations of hormone levels.

Similarly, the pattern of freckles and moles on the skin is caused by random mutations and will vary between identical twins.

Check the latest viral vid from the Glasgow twins, “Deadmen.”