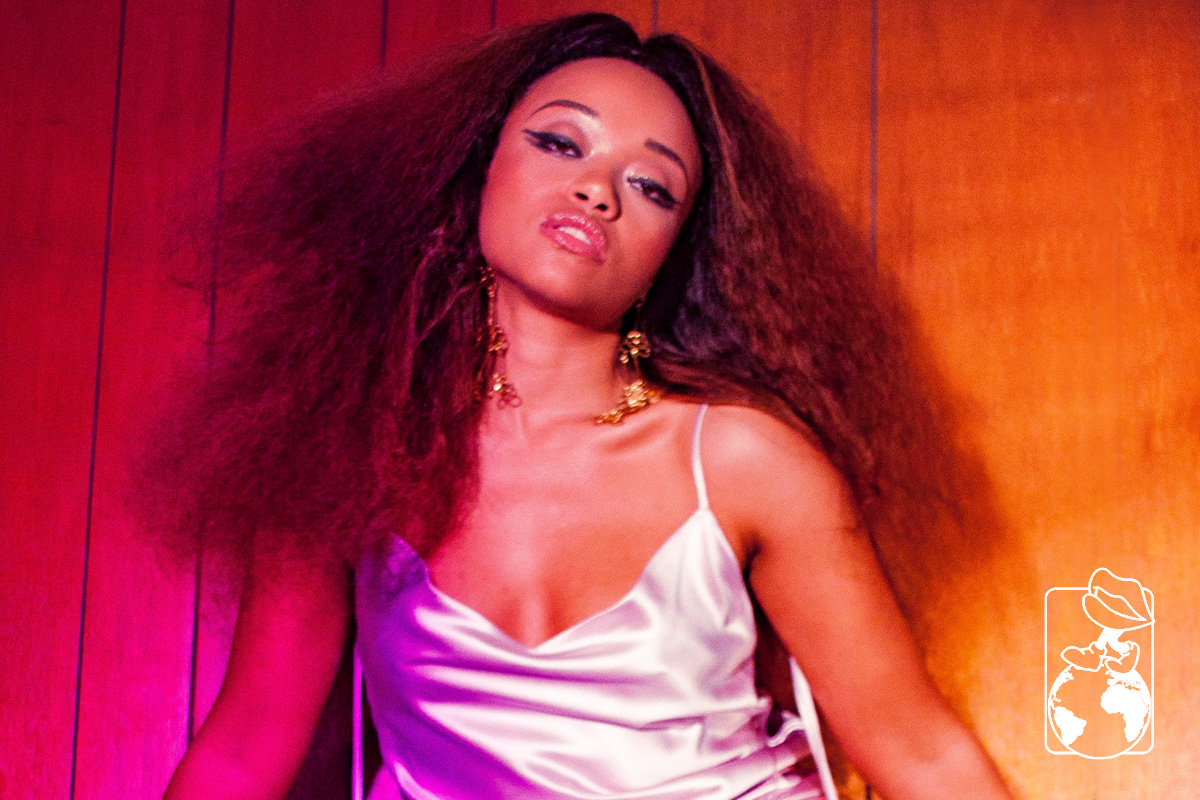 Shay Lia Wants to Tell You What It Really Takes

Our hard drives and servers fold under the weight of what we’ve forgotten: buried downloads, ancient playlists, all the photos and videos we capture and record but never share or rarely return to. In moments of rediscovery, however, the digital dust transforms into access points that help us revisit who we are and where we’ve been.

R&B singer/songwriter Shay Lia’s poised to be just about everywhere under the sun, and that’s in part thanks to the shoulders she stands on. Not yet 26, she’s been around the block — born in France, raised in Djibouti, Montreal resident — and views the world like a student would, searching for songs to learn from and mistakes to avoid repeating. The KAYTRANADA and BADBADNOTGOOD collaborator can make music with the best of them, but she’s also sharpened her business brain, growing more comfortable balancing artistry’s incessant flirtation with entrepreneurship.

This summer, Lia retraced her steps during a guest appearance on “A World Artists Love,” our biweekly residency with foundation.fm, a prominent UK radio platform built by a diverse group of women, LGBTQI+ persons and talented creatives who are fully devoted to spotlighting emerging artists everywhere. When she wasn’t DJing personal favorites, Lia was openly discussing music’s nonstop grind, dropping pointers left and right for all the rising artists listening in.

Read on for snack-sized excerpts from Lia’s “A World Artists Love” episode. Click this to hear the full thing, plus more curation and career-spanning knowledge from acts like Amber Simone, INFAMOUSIZAK, Franc Moody, and Joe Hertz.

Lean into early influences to uncover what only you can bring to the table.

“I grew up in East Africa, which wasn’t really a place where we’d have concerts. It was a lot of YouTube and TV. My first memory of music in general was me dancing in the living room to that song from Janet Jackson, I think ‘Together Again.’ The whole choreography from the 1990s, I was very into it. That’s one of my favorite songs. I love Janet. Her energy is masculine and feminine at the same time… Her melodies are incredible, the harmonies. I’m often inspired by her. Actually, when I write songs, there’s always a moment in the process where I have one artist in mind and I let myself be guided by this artist.”

Invest heavily in yourself — and know what’s being neglected when you spend.

“Being independent, you have to go through the reality of money and resources. I also live in Montreal, Canada now, and we don’t have much going on there, so every time I want to have a meeting with any DSP or anything, I have to travel to Toronto… So that’s a lot of money put there, to get opportunities, but you can’t put that money into the shows. It’s the beginning for me when it comes to shows. My first performance ever was at Coachella in 2016 when Kaytranada brought me out, and then I did Afropunk. But when it comes to my own shows, with my music, for 30 minutes or more, having new people in front of me, it’s a whole different me. I respect people who are comfortable with that, but the only way is to do it.”

Fall in love with the in-between moments, not just the highs that success brings.

“It’s not that expensive to create an album now. As long as the music is very good, and you have a plan, and you’re here to learn, and you connect with people, and you’re not afraid to ask questions — the opacity in the industry is incredible, but if you really want to do this you can, and you can do things your way when you’re independent. There’s no one telling me that it’s too early to think about things… I can really enjoy the process. I really want to do this all my life, so I don’t want to rush and get into something I don’t understand and lose control.”

Find partners who do the job you need them to and trust you to do yours, too.

“When I started making music, I was studying, so I was pretty alone. The process was having my laptop open in Garageband and listening to whatever beats I had. I started seeing a difference when I started working with my manager. You have a lot to do when you’re independent, and it’s hard to get assistance, it’s expensive. You have to make sure that that person is here for you, that they’re humble enough to be aware that they’re learning as much as you are, that they’re reading the right books, that they’re social enough. You want to have a good relationship and you want them to trust your music and your sound. You don’t want to end up with a manager that sounds like a major, telling you what to sing.”

Remember every second looking left and right is a second not spent looking ahead.

“No one’s there to prepare you for most of this so you spend a lot of time out of your comfort zone… You end up not knowing when to stop. My manager and I always end up always talking at 4AM. And Instagram is very unhealthy because we end up comparing ourselves to people who might have a lot of cheat codes, people who aren’t independent but might not show they’re signed. Mental health is a delicate thing.”