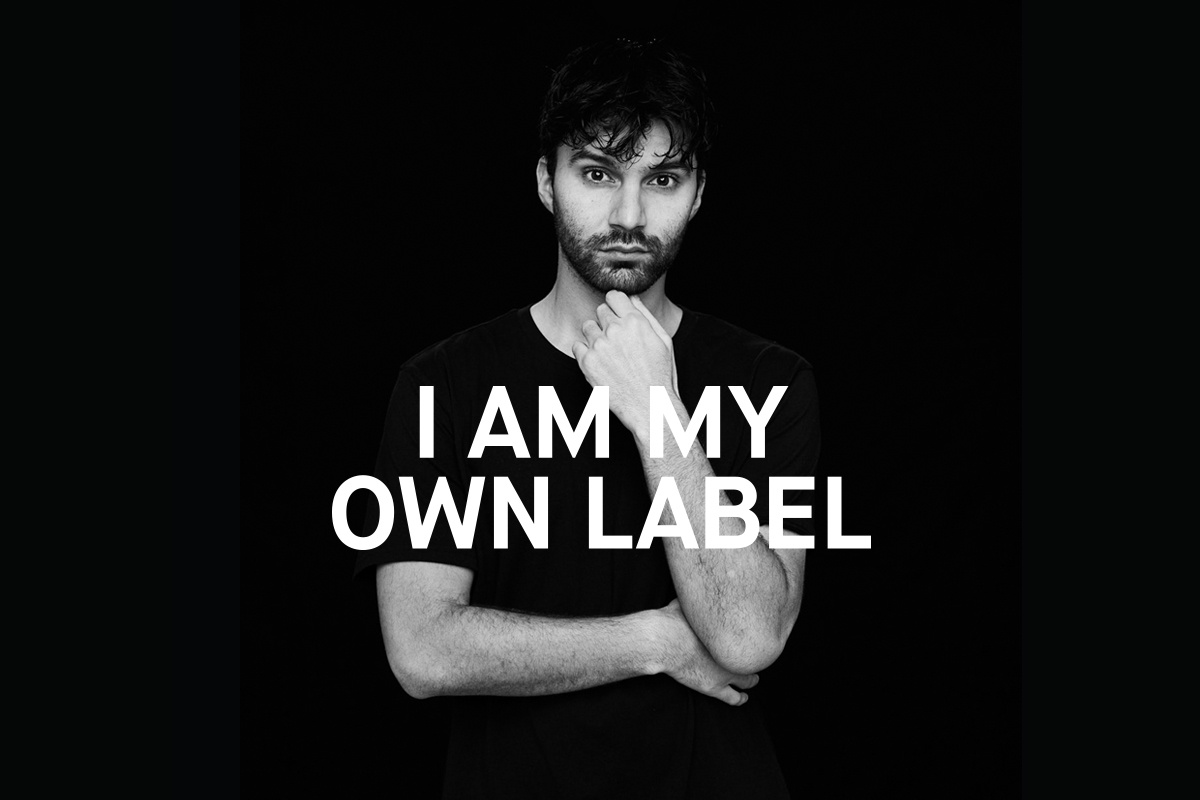 In 2007, Dutch DJ, record producer, and remixer R3HAB started transforming the electronic and experimental scene not only with a string of singles created and/or produced by him, but also with his unmatched live sets.

While building his own career internationally, R3HAB has also remixed everyone from Rihanna, Justin Bieber, and Lady Gaga to Bruno Mars and the Chainsmokers — not only flavoring each track with his signature beats and vision, but, in some cases, elevating it to something completely new.

After conquering so much, R3HAB, whose real name is Fadil El Ghoul, decided to tackle another first late last year: his debut album, entitled Trouble, released under his own label, R3HAB Music (now CYB3RPVNK) in partnership with AWAL. The catalyst for finally undertaking a full-length, he says, was having the “creative freedom” that comes with releasing music as an independent artist.

“Sometimes you start something, then people start whispering things in your ear and you listen to them. I think that’s where it can go wrong,” he says. “My music is 100% my own vision. It turned out better than I ever expected.”

To date, R3HAB’s Trouble has earned over 219 million streams across Spotify and Apple; his  singles, plus tracks released before or since, account for 310 million streams in total. He also ended 2017 at #18 on DJMag.com’s much-respected Top 100 — a major achievement considering he first landed on the chart at #73 only five years prior — with the site lauding his “fast ascent to join the EDM big league.”

R3HAB’s journey from the Netherlands to stages and ears around the world first began when he realized the potent effect music has on people. “I was a teenager, and we had a school party,” he explains. “It was fun, but then the DJ would flip the record. On each switch, the mood would be killed. I started to realize how powerful music is.”

Gradually, R3HAB started developing his production skills on the internet and releasing tracks via SoundCloud. Then, the demand for live shows started growing; early on, he made the important decision to craft his DJ sets like “a roller coaster.” “I don’t want it to be 50 miles an hour the whole night,” R3HAB explains, “I want it to go 200, and then 50, and then 10, and then 150.”

He also worked to define his own aesthetic. “That was the hardest part — to get my own sound,” he says. “That took years to develop.” Today, he describes his sound as “energetic, melodic, and also atmospheric.” There’s a balance, he says, between artistic integrity and considering the wants and needs of the crowd.

“I think it’s important to follow trends but also follow your own heart, and you meet in the middle sometimes. Many times, though, I like what people like. It sounds really weird, but I think my ears are working properly, if that makes sense.”

Something that also helped him early on, R3HAB says, was social media and streaming — even eight or nine years ago when both mediums were still in their relative infancy. “Back in the day,” he says, “it was really hard to get a record deal. That was so much work that you’re like, ‘I’m just going to put it online for free.’ Now, you put it on [streaming services] for free, but you get paid, also.”

In contrast, the current, changing music-industry landscape tempers the importance of record deals and, instead, puts that agency into the hands of artists. R3HAB, himself, is embracing his newfound independence after working with labels for much of his career. In his words, being his “own label” is about being “on the frontier of innovation,” trying something different, and, above all, creative control. “AWAL allows you to have that freedom,” he says.

And, although the offers from major labels still flow in, R3HAB is committed to his independence. “I just love being with my own team,” he says. “You just have to build something. We have a great house right now. It’s beautiful. It’s a little home. Why search for a new home?”

To R3HAB, it’s the perfect time to be an artist purely because the internet gives listeners more access than ever to a seemingly endless supply of music, including that being made by independent artists.

It also yields virtually unlimited collaboration potential — the title track from R3HAB’s Trouble even features fellow AWAL artist VÉRITÉ. The lack of label red tape around that particular partnership “made everything easier, also more understandable, for everyone,” he says.

As he looks to the future, R3HAB is already hard at work on his next album and recently remixed Marshmello and Anne-Marie’s “Friends,” along with tracks by Lauv and Greyson Chance — both of whom also release independently through AWAL. In addition, he just released his latest single, “Hyperspace,” last Friday.

Along with endless hours in the studio readying new music, R3HAB also keeps up a rigorous touring and travel schedule that’s made him a hot commodity all over the world, particularly in China where he sold out a string of 13 dates last year.

Juggling so much in so many different arenas as an independent artist requires a great team, certainly, says R3HAB, but also staying healthy and professional — and handling a lot of things yourself. ”I believe in my capabilities and capacity. If I think I can do it, then I can do it. I’m not passive. I’m very active. I’m actively searching, finishing, growing, going very hard. I’m always trying to get it better and improve.

If you’re looking for a true partner to help you take your career to the next level, become an AWAL member like R3HAB!