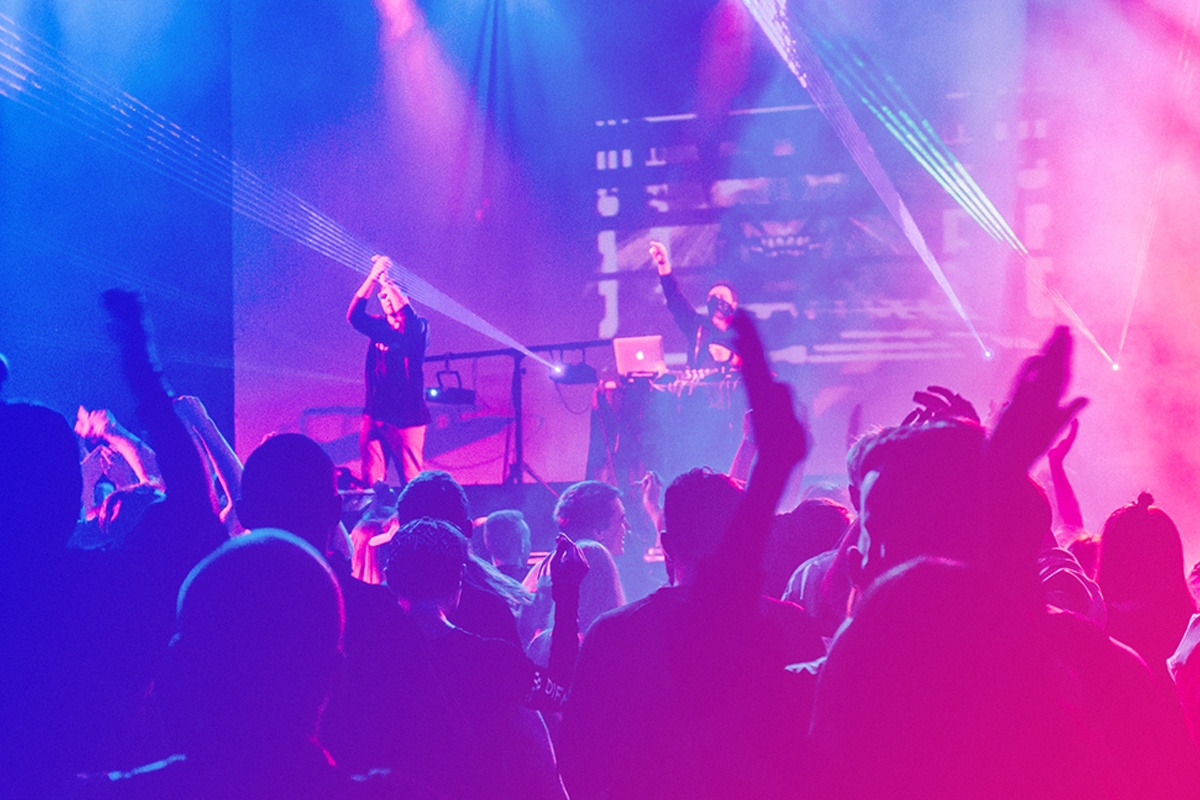 From pop to hip-hop to jazz, musicians in every genre rely heavily on electronic production today. If you turn on any commercial radio station around the country, you’re pretty much guaranteed to hear more electronic drums than physical acoustic drums. Guitar-driven music has begun to shed its 20th-century popularity, and, subsequently, electronic music is taking over everything.

Live performances are changing, too. Drake’s recent world tour sold out massive arenas across the globe — and he did it all without a band. Every night, it was just Drake and a backing track. Kanye West did the same thing on his Saint Pablo tour. (Although Kanye did have a flying stage, so…)

If you’re thinking of using a backing track for your performance, before you head off like Drake with just a mic and an aux chord with an 1/8 jack, here are eight ways you can take your game to the stage and still be engaging.

And if you’re eager to get started adding click tracks and backing tracks to your live performances, be it for solo shows or with a fully synced-up band, we can help! Check out our free course, Live Clicks and Backing Tracks, written and taught by sleepmakeswaves founding member Alex Wilson.

1. Ask yourself what you need

Some electronic artists, like James Blake, will perform their entire set without a laptop (Blake does use a lot of pre-recorded samples, though), while others, like Flying Lotus, will basically spend their entire set staring at a MacBook. If you know you want certain parts of your backing track to be in the live mix, ask yourself how much of it can be recreated onstage during the performance.

If you have a super electronic drum beat that’s full of unique samples and glitchy automation, it might be difficult, but not impossible, utilizing an array of samplers and drum pads available today. But if you just don’t feel like performing some harmonies and sound design that you’d rather sample, challenge yourself to really minimize your dependence on the backing track. Your fans will appreciate the authenticity.

If your recorded music already features live instruments, then this should be a no-brainer. But if you create the majority of your music electronically, in the box via your DAW, it could be really powerful to add live instruments to your stage performance.

For example, if you have a gnarly saxophone solo that you made with a MIDI saxophone, hire a horn player to perform the part live instead of triggering it in the background. Or perform the same solo but on a different instrument, such as electric guitar. Live synths do make this much easier and can also help with the inverse problem — what to do if you have a saxophone on your recording, but no sax player live. This is one of the reasons a lot of live acts are turning to bass synths to replace bassists, as synth players can often play a few instrumental parts simultaneously.

You may lose some of the crisp studio sound by performing electronic parts on actual instruments, but what you lose in sound, you gain in engagement. The audience isn’t there to hear a perfect replica of a studio track. They want to see that track come to life. Performing on an actual instrument conveys deeper emotion, and it gives your audience something impressive to watch.

This goes back to the first point of the article: When it comes to vocals, use only what you absolutely need. If there’s one instrument in music that people are most critical of, it’s the human voice.

U2’s the Edge literally drowns his guitar tone in effects to the point where we’re not even sure what he’s actually playing, but when Kanye uses AutoTune, everyone calls him an untalented phony. That said, if your audience can tell that the vocals they’re hearing aren’t actually coming from you, they’re probably not going to pay to see you live again.

You can opt to keep some vocals in a backing track, or cut them out entirely, but it’s always important that singers at least perform the lead vocals live. If you’re savvy enough, singers can sometimes replace the backing vocal tracks entirely by adding live electronic processing to their voice. BANKS is an artist who uses a backing track with minimally processed and layered vocals to accentuate the instrumentation, as her lead vocals are performed live.

Let’s be real; if your song is built around a bunch of studio effects and layers, but you perform it live with just one dry vocal, it’s going to sound empty and anticlimactic.

If you do decide to keep some vocals in the backing track, make sure they’re minimal and purely complementary. In other words, don’t pull a Mariah Carey at New Year’s Eve last year.

Today, there’s no real excuse for any electronic artist to not trigger things live.

With all of the various options for MIDI controllers and sample pads out there, you can recreate electronic drums live or play intricate MIDI pads with an actual keyboard. If you have a drummer, he or she can usea drum pad in addition to a kit, allowing him or her to trigger unique backing track samples. If you don’t have a drummer, an MPD is a more engaging alternative than just having the drum track play in the background.

If you’re finding yourself running into dead ends where you just have to play along to a backing track, try re-working the song. The xx are a great example of a band that takes their electronic songs and essentially remixes them in order to give them a more intimate live performance. Maybe you don’t need all of those funky automated electronic loops in your song — perhaps a stripped-down version of the song with more live performance and less backing track will actually give your audience something more to take home.

6. Ignore (or hide) the laptop

In the 21st century, it’s pretty common to see a laptop onstage. In fact, it might even be a little strange if there’s no laptop on stage in certain music scenes. The more you can minimize its visibility, however, the better. Even just putting the laptop beside the stage can make all the difference in your stage presence. If your fans see you essentially just staring at your laptop, it’s a lot like when you go out to dinner with a friend and he or she is staring at their phone — it’s distracting. If you have to have your laptop onstage, minimize the amount you actually look at it and touch it.

This point is especially crucial for hip-hop artists who may not have a band and instead just rely on the backing track to perform. Your fans will likely want to sing along with or without your encouragement, but part of what makes hip-hop shows so engaging is the crowd participation. Before the chorus hits, do a countdown and tell the audience to sing with you. Don’t be too domineering, but if the audience is having a great time singing along with you, they’re probably not too concerned that you don’t have a band playing with you.

8. Pour emotion into the performance

This should go without saying, but if you’re going to be playing along to a backing track, it’s absolutely imperative that your performance is as human, raw, and full of emotion as possible. Even if you’re just an electronic artist without an instrument, if you’re visibly engaged with the music, it will be contagious. Skrillex more or less just sits in front of a few pieces of DJ gear the entire show, but he’s clearly having an incredible time when he plays. He dances along with the beats, jumps around, and hypes up his crowd. That additional effort to be as emotive and engaged with your performance as possible will help cloak your dependence on a backing track.

Hungry for more tips? Sign up to our newsletter and we’ll send posts straight to your inbox every Tuesday!