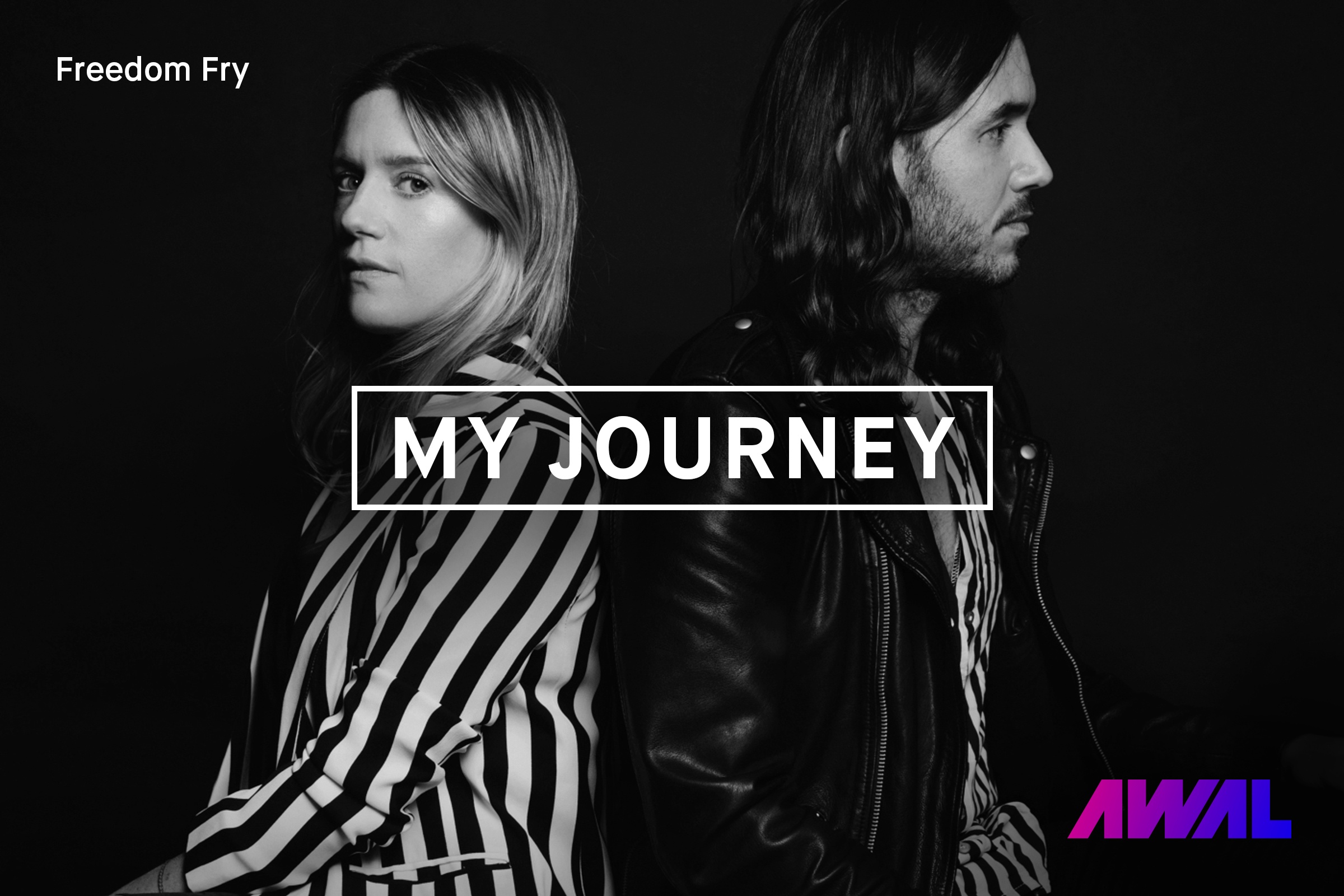 This week, we’re speaking with married indie-pop duo Freedom Fry — who is performing in the AWALxB3SCI Official SXSW Showcase at the AWAL House on March 15.

We met in 2011 and started the band around the same time we were starting to date. Songwriting and recording were a way for us to connect, and initially, we only did it for the fun of it. We were bonding through music, and we would message each other songs we liked.

When we recorded our first EP we didn’t really have any plans to release it until we got positive feedback from some friends. So we said, “Why not?” and stuck it up on iTunes.

The things that have consistently inspired us since the beginning have been strong, rhythmic melodies, ’60s and ’70s production (mainly because it feels very human and timeless to us), and making sure that, even if we’re writing a slow song, people can still dance to it. We’re also always keeping an ear out for what’s new that we relate to. We want to use the approach that worked for older songs but make it always feel fresh.

We’re 22 singles and six EPs into being a band, but we never released a full-length album, so now is the time. We’re releasing our first album, Classic, this summer.

When we started, our goal was to release some singles, get some press, and then use that to get some sort of label deal so we could release a full-length album properly. We kept telling people, “An album is on the way,” but we didn’t think we could do it on our own, so we were stalling for time and for the right opportunity to come along.

So we released song after song after song, and each one brought us to a new level, but the time never felt right. We kept our heads down and just wrote songs.

Eventually, we looked up and realized we’d accumulated over 50 million streams on Spotify and that we were living comfortably from our music. Waiting around for a major label no longer seemed necessary. So we’re finally going forward with our album as indie artists, and we’re really excited to share it with everyone.

Staying optimistic in the music industry is hard. I’ve seen a lot of people give up or get jaded because of how long things can take. It’s that whole, “It’s all about the journey” thing. It really is.

Enjoy the process. Be patient. If music is what you want to do, you have to block out all the noise and shrug off all the disappointment. Just keep doing your thing. You will always be advancing even if it doesn’t feel like it.

Another obstacle we’ve had to overcome is that we’re inherently more of a “songs” band than a “shtick” band. It takes longer that way. A lot of artists seem to get hype because their shtick is really dialed in, but oftentimes, they haven’t put the work in on the songs yet. We’re more understated people, and we’ve had to prove ourselves by being relentless at writing and releasing songs that we felt were good enough.

Seeing people discover our music from all over the world has been one of the most rewarding things. Getting messages from Germany, the Philippines, France, Brazil, Tokyo, etc. from people saying how much they connect with what we’re creating means a lot to us. That’s our fuel as a band. Our songs are like our children, so when we put them into the world, it’s nerve-wracking.

We’re excited to have this album out there and see where it takes us. We’re hoping it will raise awareness about the band and allow us to play in countries we haven’t visited yet, like Germany, one of the top places that listens to us on Spotify.

What are your ultimate goals as a band?

Our goals are to write songs that people want to sing and feel long after we’re gone. Songs that make the world a happier place.

How many times have you been to SXSW? What are you most looking forward to?

This will be our third time at SXSW! The first time we went, it was great, but it rained cats and dogs the whole time. The second time was way more fun, and we were already playing better shows. So now that we feel like SX veterans, we know the drill and are happy to just enjoy the ride.

What’s your one hot tip for SXSW?

Don’t be introverted. Meet as many people as you can. If not, what’s the point? It’s like social media but in real life.

We’ve always prided ourselves on our indie and DIY mentality, so it’s great to be working with AWAL who gets that and helps bands with that mindset keep doing their thing. We’re excited.

We connect with AWAL because they’re all music lovers. The way a music company should be!

For more details on the AWAL House, including a full lineup of all events, showcases, and sessions, click here. See you in Austin!