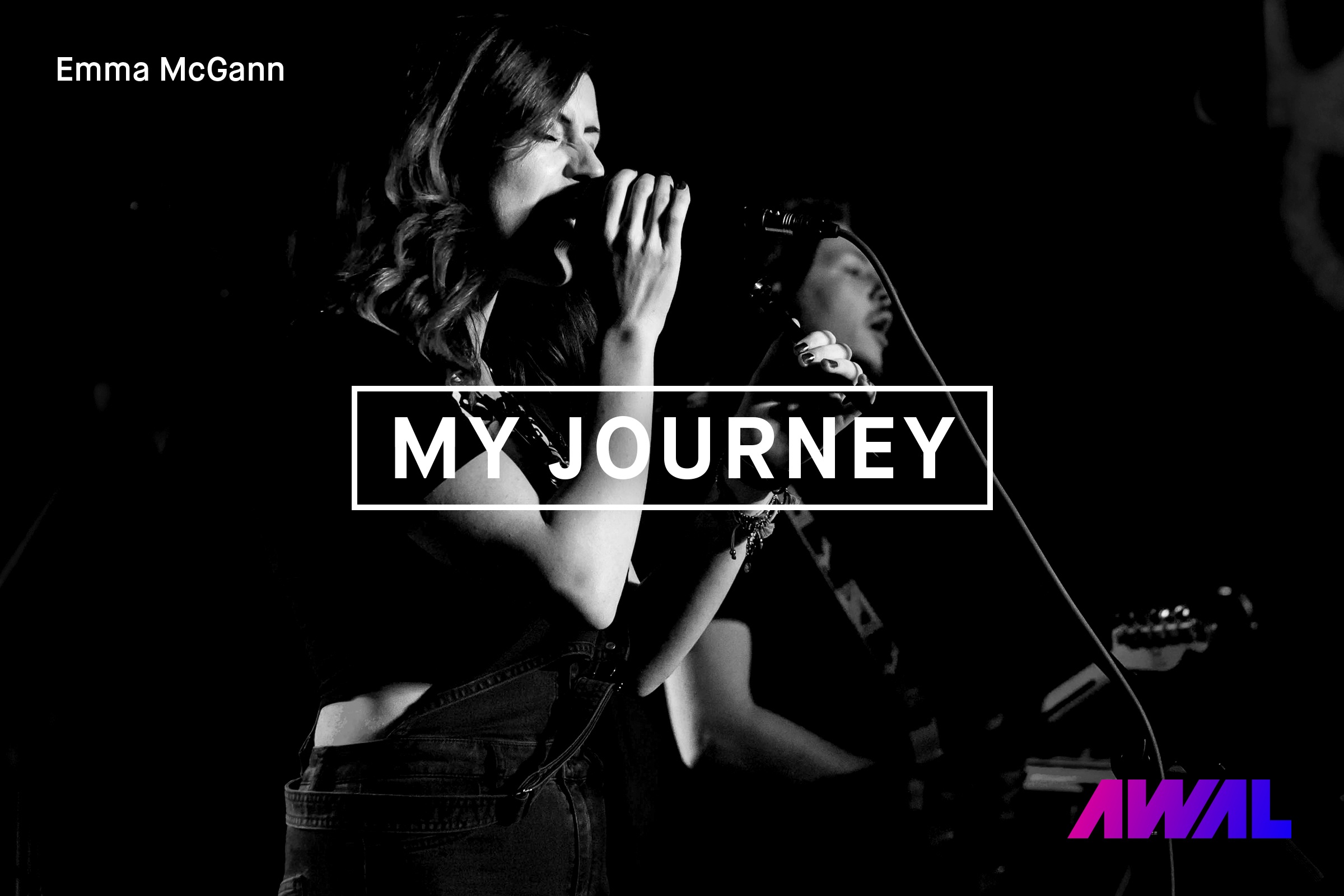 I started producing pop acoustic tracks in my bedroom at 14 and eventually found a producer to work with. That same producer is now my manager of seven years who has been the biggest support in my career thus far.

I always performed locally at shows and festivals starting out but decided to shift my focus to growing an online audience. I wanted to do something that no one else around me at that time was doing. I wanted to try a different method to the traditional way of breaking out an artist. My aim was to find an audience that would not only support my music releases, not just turn up at a show, but who were there to support me EVERY day.

I turned to daily live streaming to develop myself as an artist and to connect with my audience, something not many other artists were doing at that time. I wanted to harness that raw, live environment and show my fans the real me — no smoke and mirrors, no script, just me and a guitar. And the audience loved having that connection.

I even did a TEDx Talk about live streaming with fans:

YouNow is the site I use to live stream, and it’s opened up some incredible opportunities for me. It’s led to new connections for me in the industry, exciting projects with other broadcasters, and even award nominations for an iHeartRadio Music Award and Shorty Award.

As a musician, the site has been instrumental in building and interacting with my audience, and it’s still something I’m very passionate about today.

I’m at a place right now where my sound and style has began to evolve. The latest album, B.R.A.V.E, is really the first efforts of this new sound for me. I wanted to provide a larger body of work for my listeners, because the demand had been there for a long time.

I’m also at a stage now where I’m looking to expand my team to take on individual roles that I have always done between myself and my manager. I enjoy the control of being an independent artist, but there are times when doing everything yourself can make you fall short. Don’t be afraid to share the responsibilities.

Around two years ago, I felt like I’d finally reached a stage in my career where my efforts with my music were starting to pay off. I was finally earning enough as an independent artist from my music to sustain myself financially. I think that’s an important milestone to plot out in the early stages, too. That way, you can plan out exactly how you’re going to get there.

Getting to this point has enabled me to work more creatively and continue investing into my own music. I threw every penny at it when I was first starting out, not making any ROI, so when I began to actually make good money, it was such a rewarding feeling. But earning enough doesn’t mean you stop there; you keep grinding, because, ultimately, it comes down to the love of the craft.

Shining out above the rest was the first big challenge for me. In the early stages of my career, I did what every other independent artist or band did to get their names out there. The problem with that, of course, is that everyone is doing the exact same thing — you’re just one name in the noise.

In almost every interview any artist ever does there’s always one reoccurring question: “What makes you different?” It suddenly dawned on me that if I did things differently than everyone else who was in the same boat, I’d probably be noticed.

So, I taught myself to do things in an unconventional way and be the “purple cow” in the crowd, not just another girl with a guitar. I knew I needed to market myself in a unique way to cut through the noise.

The most rewarding moments for me have always been the fans’ reactions to the music I put out. I’m strongly geared towards the idea that your fans are your foundation and, as artists, we should reciprocate where we can. That’s why I invited them from day one to be a part of my latest release, B.R.A.V.E.

They were there from the beginning, hearing the songs develop as I’d play them on my live streams. They then stuck with me through my Kickstarter campaign to fund the project. You can even hear some fans chanting in the third chorus of the title-track recording. Inclusion of the audience is important. I like to stay in tune with who my audience is, what they like, what they dislike, so hearing and seeing their reactions to the latest album has been so encouraging.

Sometimes it’s nerve-wracking for artists to put new content out there. You know on Extreme Makeover: Home Edition where they finally yell, “Move that bus!” and the reaction from the family gives you goosebumps and makes you cry like a baby? I will always aim to give my listeners that same reaction. I always aim to give them something they’ll love. Their reaction is my reward.

What big things do you have cooking up in 2018 that you’re most excited for?

In April/May, I’ll be gigging a couple of dates around the UK, performing songs from the B.R.A.V.E album and hosting meet-ups with fans at the shows. I’m so excited to get out to see everyone again. There was such a great energy at the album preview show we hosted back in August 2017.

I’ll also be settling in to our new studio to focus on new releases for the rest of the year. 2017 was a whirlwind — so many exciting opportunities came my way, and we worked so hard to make everything come together. I plan to do the same for 2018 — only bigger and better.

To co-write with some of the greats! I like to think most songwriters have thought up their own dream team. A couple belonging to mine would be Bonnie McKee, Sia, and Charlie Puth, to name a few.

I’d like to also work towards synch deals and build on my library for the future. Synch is a world I’m yet to venture into but it’s an exciting area for me that I’ve always wanted to work towards.

Seek out inspiration in new places! The majority of my recent album was written whenever I was on the road. I think the fresh locations and new environments had a direct effect to the lyrics and songs I was writing around that time.

So, so positive. I’ve had a lot of support from the AWAL team during the release of the album, and I’m so grateful. The team have a wealth of knowledge and are always eager to help in whatever way they can. They’ve really gone above and beyond, so thank you. I look forward to more releases with you guys in 2018!

If you’re looking for a true partner to help you take your career to the next level, become an AWAL member like Emma McGann!