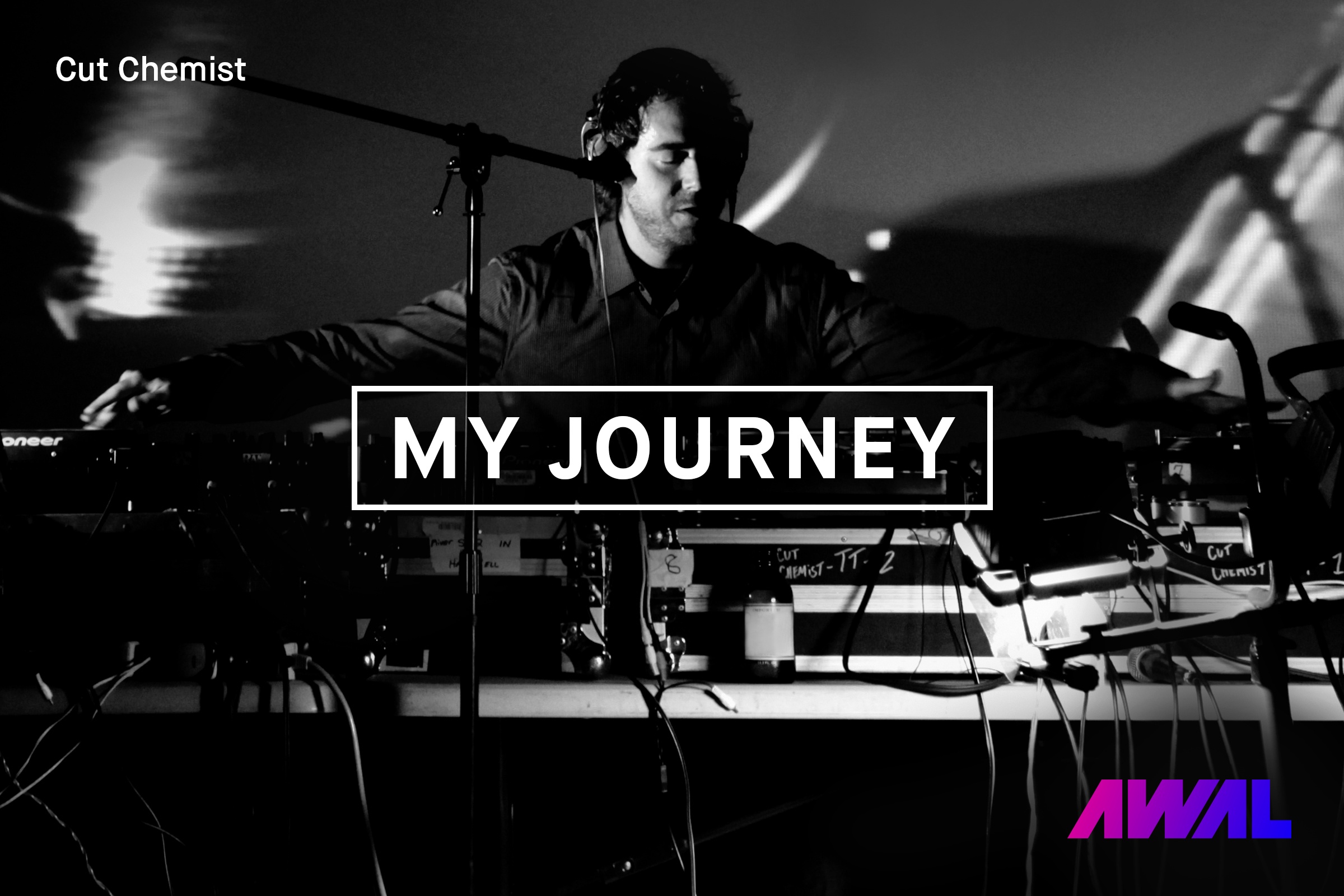 This week, we’re speaking with DJ and producer Cut Chemist — who is headlining the AWAL EMERGING Official SXSW Showcase at the AWAL House on March 14.

It was as early as four years old when my parents bought me a record for the very first time. I would sit and visualize pictures in my head while playing records as a kid. I soon started drawing and making art. I loved to draw and paint and listen to music.

I never let go of both mediums as I became an art student at UCLA while putting out music in the mid-to-late ’90s. I continue to use the tools of art I learned in college to make music.

After making and releasing music for over 25 years on everything from DIY to major labels, I’ve gone back to independent releases on my own imprint, A Stable Sound.

I’ve become more involved in every aspect about my brand — from creating my own radio show to directing my own music videos. It’s a wonderful feeling to have full control of my vision and work with people that I choose to work with.

Making decisions has been the biggest obstacle. It still is. I spend most of my time thinking about the process than actually going through the process. It’s a common struggle, I think, with anyone that wears too many hats in their own company.

Number one: the failures! Those are celebrated as much as my successes every step of the way. I used to be afraid to fail, but then I realized there is no such thing. Movement in any direction is a success even if it’s backwards by mistake. Chances are that it’s not a mistake.

Number two: the fact that I can call some of my heroes in the music industry my friends. After 20-plus years in the business, I found that real people connect and form real relationships when it’s not forced through a business opportunity. There has never been a collaboration I’ve done that was forced, and I’m proud of that.

Finding something else to fail in. Perhaps an acoustic guitar-folk duet with my songwriting partner, Hymnal.

My ultimate goal is to connect with people so we all know we’re not the only weird ones out there. Music can affect people on a psychosomatic level through chord changes, texture, and tone. It’s a wonder to know that we can connect through sound, and I’d like to connect with as many people as possible.

What’s your one hot tip for SXSW?

How does it feel to play at the AWAL Showcase, representing the independent-artist community?

Community is the most important thing to me no matter what it is I’m doing. Building with people is always rewarding. I’m excited to play this showcase and be apart of the AWAL independent-artist community. It’s showcases like this that continue to help build music that’s forward thinking and connect to people on the outside bringing them inside our circle.

I love it. I’m so happy there is a platform for independent artists to have a voice in the digital age and thrive. Coming up through the vinyl era, there were great outlets for indie artists to become known which is how things happened for my group Jurassic 5, so this is all very familiar but different because we live in an internet age.

For more details on the AWAL House, including a full lineup of all events, showcases, and sessions, click here. See you in Austin!