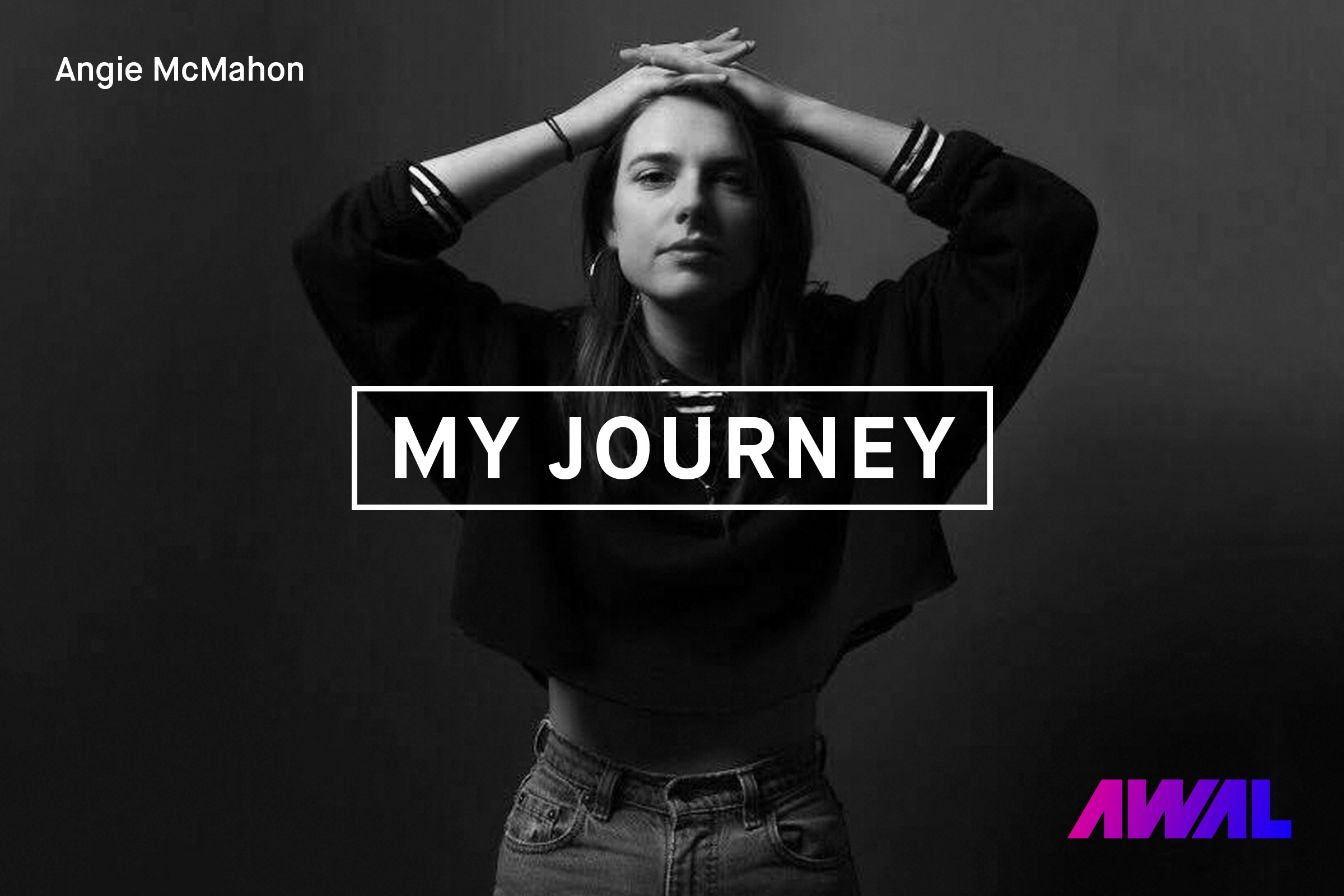 As a four-year-old piano pleb, a 10-year-old choir nerd, a 14-year-old in trumpet ensemble, an 18-year-old leading the school band, a literature student writing songs when I should have been writing uni essays. I was always a student and always a fan of great artists, and now, I’m slowly figuring out how to record and contribute to my own musical narrative.

I’ve just released my first single after a pretty intense few months of gathering a brilliant team and some “buzz,” as we say. I’m at the stage where the ambitions that I’ve always had are actually within reach — my manager and I are running a busy release campaign for two singles, and I’m going to be tracking the rest of my album over the next while, too.

My band and I are taking our time with the recording, getting creative and getting the best out of the songs. We’re working with my agent to get really exciting shows with artists that I admire, and AWAL is helping us build such a special release story.

It’s actually an amazing time. I’m playing better than I’ve ever played, and just trying to stay calm while things seem to be blowing up (in the best way).

Staying on top of anxiety and negativity has been a real challenge when those things can make it feel impossible to do my best work. Really heavy feelings can obviously make for powerful songs, but channeling them in a positive way takes a lot of hard work.

Juggling a bunch of different projects and jobs and checking in on friendships and relationships and figuring out what type of artist you want to be… all those things are challenging, but exciting to be working on.

Developing confidence and my own sound was a long and challenging process but has been really rewarding because now I love the music that I’m making, and I have a lot of faith in myself. Seeing patience and hard work pay off is a huge feeling.

The most rewarding moments have all been about connecting with other people — the moments of musical love and friendship that I get to share with my band, trading stories and creative writing and fangirling with my manager, meeting people in audiences who really connect with the songs I write, sharing experiences with people. That’s been the best.

Yes!! I’m so excited to play shows to support this first single, then release the second single and do a national Australian tour, and to finish making my album, which will come out later next year.

I also get to tour with some very special bands, get the band up on a festival stage, and hopefully duck into London for a bit. The horizon is looking pretty special.

I want to make several great albums and gather experiences that will help make each record more innovative and interesting than the last. I want to write intelligent and empathetic songs about things that are important and connect with the people and events around me.

In some years’ time, I want to be able to draw parallels between my music career and the careers of artists that I look up to, and I want this project to have had a positive impact wherever it travels.

Pretty unreal. Ben Godding from AWAL has been a number-one fan of my songs since he heard them, and he gives me wonderful advice and affirmation every time he can come to a gig, not to mention what he’s done behind the scenes. It means the world that he believes in my music, and is championing it across the industry like this.

Thanks to AWAL, my face is today the cover of Indie Mixtape on Spotify  — six months ago less than 10 people had heard my demo. I can’t really believe that. Thanks, Ben. Thanks, AWAL.

The best outlets for artists to learn from are from other artists! Sign up to the AWAL Weekly and see how AWAL artists like Angie McMahon are conquering the grind and finding success!