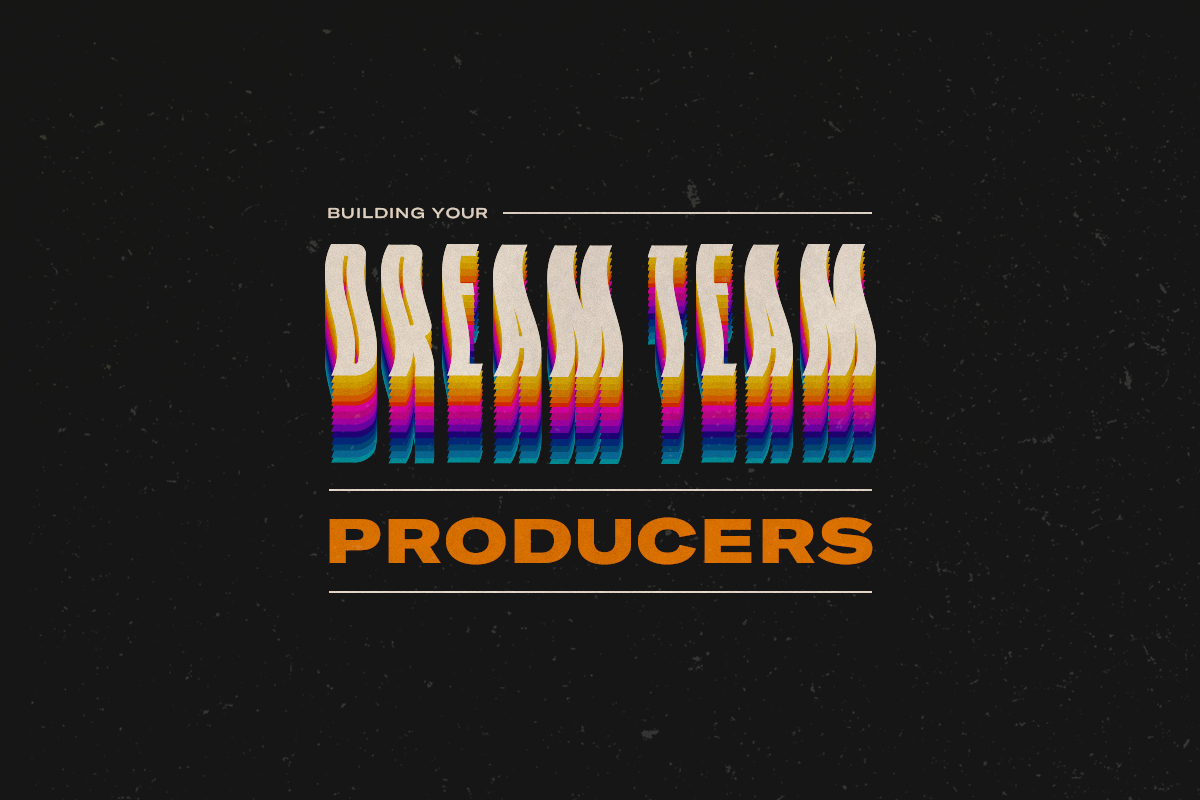 Masters of Scale: The Music Producer

Thanks to a rare breed of sonic explorers, the music world keeps spinning forward, evolving off the strength of flipped samples, towering choirs, and clever drum programming. Some know Bach like the back of their hand, others have no clue who tf that is. Either way, music producers help craft the songs that soundtrack our lives. This Dream Team piece spotlights everything they do to help artists find their stride.

A music producer adds value in 101 different ways. Some might oversee entire projects. Others might get called in to add finishing touches, or a lead synth melody. Whether they’re encouraging moonshot thoughts, working with artists to minimize bad habits, or sending beats from 3000 miles away, most of the great ones tend to bring some mix of these traits to the table.

Exhibit A: FINNEAS’ work with his sister Billie Eilish.

These traits can present themselves in myriad ways across genres and regions. In Country, many of the most prominent producers are Nashville-based musicians with years of experience navigating a different side of the business. (Jeff Stevens spent years as a singer-songwriter himself before becoming Luke Bryans’ go to producer). In Hip-Hop, seasoned veterans like No I.D. coexist alongside newcomers firing off memorable beats from their laptop. Many of the best teams have at least one dedicated producer to help craft the artist’s sound.

2W: What a Music Producer Does

Quite a bit. A music producer can wear many hats in the song-making process. Ultimately, though, they are responsible for helping an artist or a song reach their full creative and/or commercial potential. This can include composing musical pieces themselves, arranging instrumentalists, playing live, offering direction to other creators, engineering recording sessions, or mining archives for samples to repurpose.

The more producers do effectively, the easier it is to add value in any situation, but even excelling at two or three of these responsibilities can launch careers. Think Zaytoven’s gospel keys (he still plays at his church most Sundays) paired with his top-notch drums, or George Martin’s mastery of tape editing and innovative studio techniques. (His ability to shape the direction of a record while arranging full orchestras was valuable enough to get him dubbed “the 5th Beatle.”)

In this hip-hop-dominated era, the most common type of music producer might just be the beat maker. These spiritual successors to the DJs of the ‘70s and ‘80s  — who created tracks using turntables, drum machines and samplers — craft worlds of sound with computer software aka Digital Audio Workstations (DAWs). Easily purchased (and torrented, tbh, but we didn’t say that), programs like Fruity Loops, Logic and Ableton leveled access to production to the point where anybody with a creative mind and a hunger to learn can try their hand.

Some producers also double as engineers, handling not just music creation but audio quality, too. This might range from tracking live instruments or artist vocals to ensuring a pristine (or intentionally raw) recording to mixing a song’s elements together. At the most basic stage, getting the volume levels of the tracks balanced is often one of the most important (and undervalued) part to an engineers job, and one every producer should be familiar with.

Then there’s the abstract reality of a producer’s role. Artists often have more thoughts in their heads than they know what to do with. Producers help sort through all the different demos, ideas, and rough takes to find the most compelling options. This crucial step — becoming a trustworthy sounding board for an artist or songwriter — tends to allow the best songs to take shape. For this reason, empathy is an incredibly powerful, often overlooked asset in the producer toolbox. Connecting with an artist, human to human, and understanding how to help put them in the best headspace, can be more valuable than any melody or rhythm.

While it’s ultimately always up to the artist to decide when they need one, it’s worth taking note of this simple fact: at least 98% of the “Top 100 Billboard Songs of All Time” enlisted the support of an outside producer.

Regardless, it’s crucial to have at least one person in your corner who you feel close enough with to discuss what’s working and what isn’t. To do their job, most producers will have their hands on the creative process, but even if this person never directly touches the music, they can still create enormous value by suggesting different sounds, new ideas, or validation for what you’ve already put together. (This tends to be where ‘executive’ producers play their part.)

Like anyone else involved in music’s creation, producers are compensated for their time and effort. This might mean splits — the right to a % of revenue generated by the master (the sound recording, e.g. Spotify streams, or Amazon downloads) or the composition (the lyrics and melody, e.g. mechanical royalties) — depending on how much they participated in the writing process). It might also mean a one-time flat rate (work for hire) to cover any contributions make to the music. As producers become more and more renowned, they can command higher fees and splits.

Ideally, producers receive an upfront fee and splits, though younger teams on the rise tend to solely rely on splits and put music before money. Beat sales and beat leases (e.g. letting multiple artists use the same production) are also common on YouTube, SoundCloud, and producer forums. Many producers get their start working for free with a friend they believe in.

4W: Where to Find a Music Producer

Today, it doesn’t take a multimillion-dollar studio to track songs and make something special. DAW’s have lowered the barrier to entry for music production tremendously. While that’s made it easier to find an average producer, it’s still difficult to find a great one. Here’s where you can start:

5W: Why a Music Producer Matters

Artists and songwriters are smart, talented, soulful people with a vision to follow. They’re often also specialists lacking every skill necessary to bring that vision to fruition at the highest level possible. (Even the most gifted artist-producers sometimes benefit from collaboration behind the boards.) It’s a producer’s job to work hand-in-hand to translate “what if we do this” ideas and “sounds like sunset” metaphors into practical, tactical sounds. It’s all about using knowledge, intuition, and whatever’s available — software, instruments, garbage cans, stomping feet — to fill in the blanks.

In some genres, it’s become increasingly standard for songs to begin with a producer, laying the foundation for vocalists and lyricists to write, riff, freestyle, and offer feedback. From first formations through final release, a million and one things can go down, be that tight-lipped writing camps for big pop stars to one-on-one back-and-forths between an artist and their right-hand. Many of the world’s biggest creators cite relationships with specific producers as a big factor in their success — think Drake and Noah “40” Shebib, Playboi Carti and Pi’erre Bourne, Amy Winehouse and Mark Ronson. There are also rare cases, like Desiigner’s “Panda,” which went quadruple-Platinum and originated on a beats-for-sale website.

However you do it, the best-case outcome tends to be the same: an identifiable, standout song that clearly belongs to you and strikes a chord with listeners around the world. If artist teams operate like businesses, producers — true to their name — help shape the product that supports everything else.