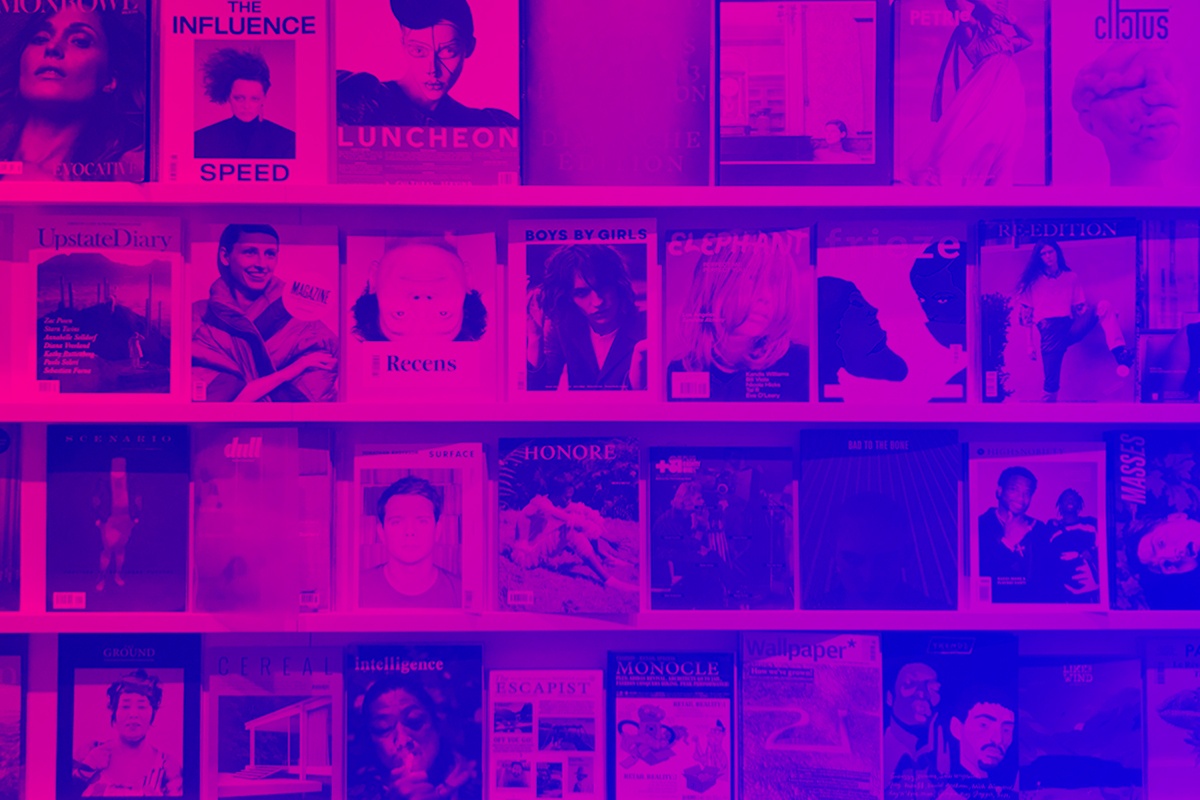 Historically, it’s a piece of music journalism that causes a stir, but today, it’s the industry at large that’s buzzing around the world. Before music was virtually available to anyone, anytime, anywhere, journalists were the gatekeepers, and their word was gospel. Artists jockeyed for reviews, interviews, and features, vying for valuable column inches as a way to promote their music to a hungry target audience.

In much the same way as music has undergone a shift from physical to digital media, music journalism has also largely evolved from magazines and newspapers to blogs, sites, and even social media accounts. At a time when most anyone with access to the internet can declare themselves a “music journalist,” compromising the power and authority of the press, some argue that music journalism, as we know it, is dead.

Not so, according to a recent panel of international journalists held at by:LARM in Oslo, Norway. Sure, there are new challenges in the industry, such as the fight for true exclusives and competing with mediums like video, but music journalism isn’t extinct — it’s just different.

There’s been a lot of public worrying about the future for magazine journalism in recent times, with magazines and blogs shutting down, freelance journalists scratching around for work, and tensions around issues like clickbait and sponsored content.

The panel was moderated by Roisin O’Connor from The Independent, and included Tshepo Mokoena from Noisey in the UK; Catherine Davis from Interview Magazine in the US; and Julia Brummert from Intro Magazine in Germany.

“I think we all agree that it’s not dying: actually, it’s changing,” said O’Connor as an introduction. Davis talked about how magazines divided by community: indie, hip-hop, rock’n’roll etc. “It seems to me now, that’s not how your average reader goes about finding what they’re interested in reading about a musician and tastes in music. It seems it would be much more broad rather than going to Spin Magazine because you like indie and rock,” she said.

“Music journalists? We’re bringing the stories to life… so that your average music fan can find out the story behind the musician. In that way, it’s still the same. But from the perspective of a music journalist, yes it’s not as secure, you don’t have as many secure jobs as you would before maybe, when there was a host of music magazines. But there’s still a number of music sites.”

Davis also suggested that events and marketing are a much bigger component of music journalism in 2018, which O’Connor agreed with: The Independent curates stages at three festivals, which she tries to populate with artists that the newspaper has supported throughout the year.

Mokoena gave Noisey’s perspective. “We’ve always wanted to be out in places where our readers are: yes some will come to us through a screen, but we wanted to be out throwing parties or having stages at festivals, so you have a connection. Online writing can feel like you’re screaming into the abyss! You don’t really know who your readers are, so it’s good to have a connection,” she said.

“I’m a bit sceptical about how well social media serves to connect news and media brands with people… So it’s more about in-person getting to meet people, or connecting to them through video and other ways other than words.”

Brummert talked about how the music Intro Magazine covers has changed. “It has changed, but not as much. We used to write a bit more about punk rock and stuff, but we are now more open for hip-hop and electronic music, so it has changed a little bit.”

The panel agreed that video is looming large in what they do. “That’s a big change: trying to make franchises that are video,” said Davis. “If you can hit on something like that: fabulous. I do think music editors do have to think about video franchises much more than we used to.” Mokoena agreed, noting that Noisey has built a number of these franchises, offering different spins on the traditional interview format.

O’Connor wondered where the “good old fashioned rip of an artist” has gone – aka a hatchet job. “It’s moved to Twitter! Some music journalists who are known for being opinionated will express that on Twitter,” said Davis. ‘And there’s fewer of those really well-known music reviewers. But thatwas music journalism, primarily, for years. And now I don’t think that’s what we think it is.”

O’Connor noted a two-star Pitchfork review of Ed Sheeran which went viral “because people hadn’t seen that style of writing for a while… when you are properly nasty about an artist!”

“You have to weigh up whether it’s worth your time, energy. Time you could be spending on something else. If you think an artist is egregiously bad and their art is something you think your readers should not be investing in, then it can be worth it,” said Mokoena.

Davis said that a traditional function of music journalism has been to talk about the wider implications of music: the larger context of politics, culture and the world. And that this remains the case.

“It’s necessary now. The way the music industry has changed: the big record companies aren’t as controlling of what we listen to. So if there are trends and they are speaking to our culture, one thing we can help do is say ‘this is what we’re seeing, this is a trend and what it means’. I think that’s important,” she said.

“We’re having to learn how to report around woke culture and being very politically sincere, and then tech companies. The labels aren’t necessarily the force: Spotify, Apple, those are the companies pushing conversations around music. They’re the new curators,” added Mokoena.

O’Connor talked about the need to seek out new music and identify new artists – and ideally to get some exclusive content from them, although she admitted premieres “can be a dirty word in the industry”.

“I think they work, and it’s nice to be there really early, because then you build up a relationship to an artist, and then maybe you get access to other things,” she said. “Access to more than just a press day at the hotel when you can ask questions about the new record. That’s the story everyone’s going to tell… We want to know more. We want the story! But you need access to get the story.”

“New music discovery feels like it changes so quickly now… I feel like MP3 blogs don’t exist any more, the type of Gorilla vs Bear site that I used to turn to all the time… I try to get new music sent to me by talking to other artists, other editors sometimes, and going to little free shows and seeing who’s further down the bill… and hopping from band to band, singer to singer that way,” said Mokoena.

She and O’Connor talked about recognising that some artists aren’t yet ready: they’re still honing their craft, and coverage in the media might not actually help them, compared to waiting a few months when the attention is more likely to turn into fans.

Mokoena said she finds badgering contacts at indie labels and “hopping around” on SoundCloud more useful than Spotify playlists as a discovery method in 2018. “I never find that ‘Yeah! This is a great recommendation based on what I listen to’. I think it’s more ‘yeah, that’s what you would think I want to listen to, but actually it’s not’,” she said.

How do these music journalists think of their role? “It’s telling the stories, still. It sounds a little bit traditional or old-fashioned. But tell the stories: ask the right questions. Be where the readers cannot be,” said Brummert. “We tend to forget that we are allowed to talk to people who are normally on stage in front of a large audience… We are able to ask the questions, and I think that’s our job!”

Davis: “And on another level, it can be art criticism. Really-well written analysis of an artist or an album is as satisfying as art criticism or film criticism.”

“And it’s also important to be able to make your audience think and make your audience laugh, and to not take the industry too seriously all the time,” added Mokoena. Serious stories are important, but: “There’s lots of silly ridiculous shit that happens in this business that’s also worth highlighting: to see the things in society that are funny, irreverent or interesting. A lot of the stuff I get pitched by young writers is ‘here’s my opinion on how the world is shit and awful’. But I think: music’s brilliant too!”

The importance of quality music journalism is still crucial for artists at all stages of their careers even though the landscape, scope of coverage, and route to readers might look unrecognizable. In many cases, its current, largely virtual nature helps not only artists but also readers who have unprecedented access to a wealth of storytelling and behind-the-scenes glimpses at their favorite music — not to mention an unlimited supply of new music to discover.

For those reasons, it’s important for independent artists to take note of music journalism’s ongoing evolution as they pitch blogs and writers. Remember that a valuable piece of press — whether it’s an interview with a major outlet or a review on a small, niche blog that’s hyper targeted to readers who would devour your music — can mean big things.