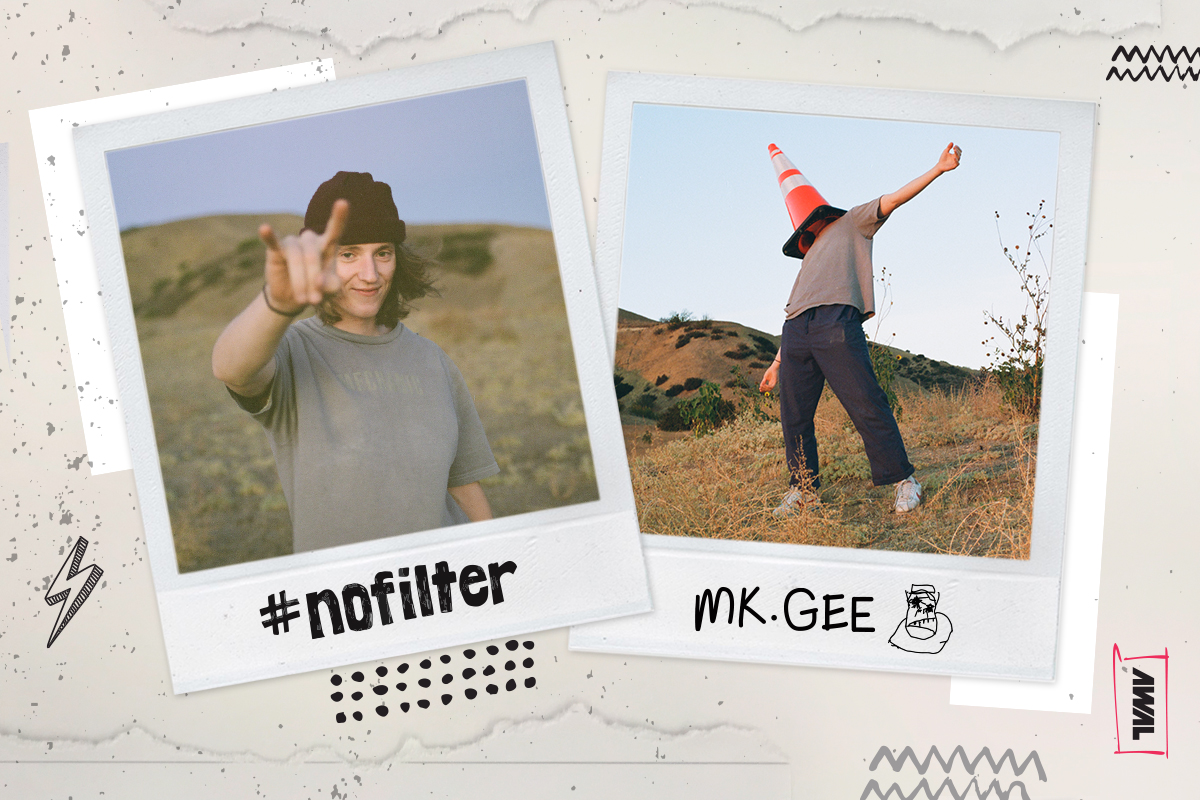 As Mike Gordon shares his experiments with the world, the world responds, increasingly, with gratitude and good vibes. Very good vibes. That said, it’d be a mistake to simply label Mk.gee a chill singer and call it a day.

The guitar-playing Jersey boy has tinkered his way into the heart of left coast alternative, an indie stand out making sense of himself with each carefree single (“I Know How You Get” could make palm trees sway), each pensive look at love (“Brick,” obscured lyrics and all, feels like a relationship frozen solid). His shows are communal dance parties. His deep cuts are perfect for dark nights winding down Mulholland. In short, Mk.gee has a lot to offer.

Better still, he’s also hilarious. The college student has lots of thoughts about mispronounced nicknames, Los Angeles fakes, alien abductions, and which artists have next. Let’s dive in.

1). If aliens abducted me, I’d know I was still the real me because:

If this is an abduction story where there’s another fake Michael, the fake me would probably be less forgetful and on time to things.

2). Bon Jovi or Bruce Springsteen? Why?

Bruce hundo p. Get that hair glam rock out of my face. Bruce is here for the people, for the working class, for us common folk

3). People have incorrectly pronounced my name as….

Honesty and real bread/pizza, none of this flatbread nonsense.

6). The dirty little secret about music sessions in LA is:

Everyone is trying to use you as a ladder, but disguise it as “building” “we should hang soon”. Everyone is pretty passively competitive.

7). People who use read receipts for texting are:

People that want you to think they didn’t read your message, but in actuality, duck the most. My brother uses it. I know this game tommy, i see right through these wall of lies.

Mk.gee will take his talents on the road alongside Omar Apollo & Wallows. Cop your tickets.