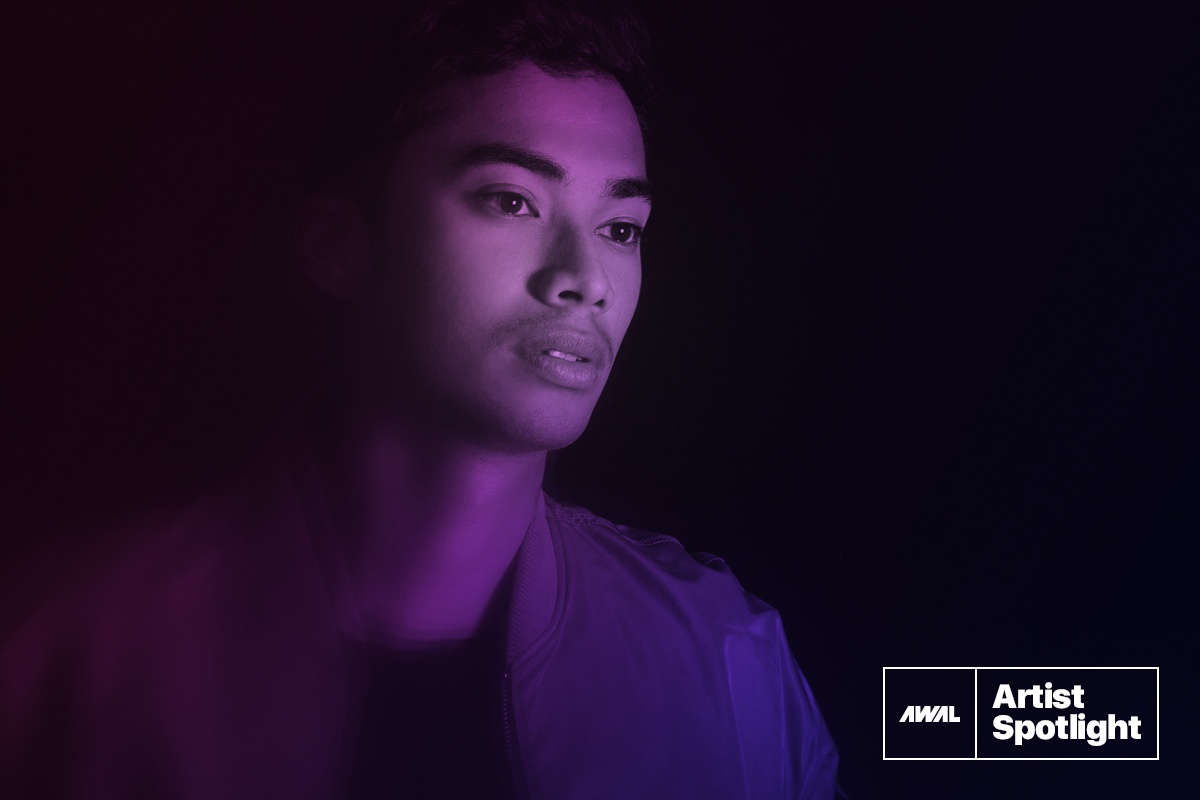 “When I was watching YouTube videos of festivals, I just wanted to be there,” Michael Brun remembers. “I wanted to just go.”

In 2013, he finally got his wish and attended Miami’s Ultra Music Festival. But something happened that he didn’t expect – he was invited onstage to perform with Dirty South, one of his favorite DJs. Dirty South, a Serbian-Australian producer named Dragan Roganović, had recently released Brun’s second single, “Rise,” on his own label, Phrazing. When Brun stepped onto one of Ultra’s biggest stages, 15,000 screaming fans were there to welcome him.

“I had never been to a music festival before,” Brun explains. “The most people I had ever seen at a show was like 500 people. It was horrifying and exciting. It was such a jolting moment. It was like, ‘Hey, this is real. There’s something here. You need to think about this.’ Once that happened, then the conversation shifted and I spoke to my family, spoke to my school, and it made me realize that I’d wanted that, but never knew it.”

Suddenly Michael Brun, at the time a little-known DJ from Port-au-Prince, Haiti and a pre-med college student at Davidson, was thrust right into center stage of the EDM world, arguably at the genre’s peak popularity. He had been making bootlegs and remixes for years, but he was now in the midst of it all, surrounded by his musical heroes. Once he stepped onto the Ultra stage, he never looked back.

But growing up in Haiti and watching videos of his favorite acts, worldwide fame and millions of listeners was never the goal. In whatever profession he ended up choosing – either as a doctor or musician – he was focused on helping his community and home country.

Throughout Brun’s lifetime, Haiti’s politics have been marred by political unrest, human rights abuses, and mass poverty, especially following the 2010 earthquake. Brun was lucky – he had a loving family who could provide food, education, and a roof over his head, but constantly looking around him, he wanted to effect positive change for those who weren’t as fortunate.

“My overall mission was to help my country move forward,” Brun says.

“Especially seeing all around me, how much that was lacking – it was just a sense of responsibility to give back to the country. When I was younger and going to school, I felt like the best way I could do that was through medicine; I went to school to become a pediatrician. To me, that was the life goal – it was about helping communities, but through medicine. With music, I realized that there was a potential for me. Instead of reaching ten people a day, I could reach thousands or hundreds of thousands or millions, depending on how successful I could become. It made me shift the message, but the goals were the same.”

When Brun was just starting to play around with his own music and remixes, he realized that while electronic music was not remotely a massively popular genre in Haiti, there was a growing – yet small – group of people who were attempting to start a scene. “Electronic music was so different than what anyone was listening to in Haiti at the time,” Brun explains. “I think that pushed me even further to dig deep and find out about these artists and listen to everything I could get my hands on.”

In just a few years, major international DJs like Avicii started headlining shows on the island and Brun was right in the middle of it all, closing out some of the shows himself. By the time he left for college in the United States, he had already begun making a name for himself back home, even though his music was only getting a few dozen plays online.

That all changed with a bootleg of Angus and Julia Stone’s “Big Jet Plane” in 2011, a track that fully announced Brun to the world. Overnight, it hit about 25,000 plays on Soundcloud and reached #2 on Hype Machine. By the end of that year, EDM megastar Hardwell was putting out his next single “Dawn” and before he could really blink, Brun hit the Ultra stage with Dirty South.

After fully committing to music and realizing his potential reach to influence Haitian youth in the arts, Brun founded his own label, Kid Coconut, in 2014 as a vehicle to release his own music on his own terms and to give local Haitian DJs a chance to soak up the spotlight. Though his first release was “Zenith,” a solo track, he quickly began releasing music with a wide roster of artists, including DubVision, Eden Prince, and Denny White. As busy as he may be with touring and producing music for himself, he still listens to every single demo he gets sent – sometimes hundreds a day.

Brun took the next step to solidify his career as a producer by joining and signing to AWAL in 2014. Sarah Landy, then General Manager for AWAL North America, was immediately inspired by Brun’s story and not only brought him into the fold, but his whole label as well, working closely with Michael and Kid Coconut.

“It was really quite early days for AWAL’s presence in North America specifically,” Landy explains. “Things got off to a really compelling start with the engagement that was being driven around the single ‘See You Soon.’ We worked closely with Michael’s team and collaborated on strategic meetings with music services leading into the release, including Spotify. The growth trajectory from that point has been incredibly exciting.”

But no matter how successful he became that year – returning to a full set at Ultra and becoming the first Haitian to play there, closing out the Sahara Tent at Coachella, and getting nominated for World’s Best EDM Artist at the World Music Awards – he never lost sight of his ultimate goal, helping out the Haitian community.

In early 2016, Brun and The Audio Institute released “Wherever I Go,” a track that heavily utilizes Haitian music genres rara and kompa, while seamlessly blending them with modern electronic music. “‘Wherever I Go’ ended up being the first track that used Haitian music in unexpected ways, building communities specifically. It links all of these different parts of my life together and at the same time, spotlighting new artists. When we got together with AWAL, it was really awesome to know that they’d support it and not try and move it one way or another. They were there to help us build it.”

But “Wherever I Go” pushed things even further – not only does he feature musicians from The Audio Institute in Jacmel, Haiti both in the song and its corresponding music video, Brun donated all proceeds to Artists for Peace and Justice, a charity that provides education and healthcare to the poorest communities in Haiti. AWAL helped facilitate the release to be sure that it would be easy for the charity to handle all of the accounting for this single specifically.

Among other offerings, this year has seen the release of two major singles on relative opposite sides of the spectrum, “Lift Me Up,” an upbeat more straightforward electro-pop OneRepublic remix and “Gaya,” a Haitian-influenced track featuring Lakou Mizik and J Perry. While they may seem like very contrasting sounds, Brun insists that the two singles are more similar than you think.

“I think if you listen closely to ‘Lift Me Up,’ you hear a lot of the same sounds that are in ‘Gaya,’” Brun says. “To me, the goal is for people to understand that this was made in Haiti. This new music coming out, this was made in Haiti and was heavily influenced by Haiti, and was heavily influenced by rara and kompa. It’s really a merge – it’s meant to be authentic, but it’s catchy. Music of Haiti is so catchy, but it’s never been presented in this way I think. I’m less focused on having any specific language. I’m more focused on if you hear it, it makes you want to move and makes you feel something.”

And while Brun’s music is constantly shifting and turning inward, AWAL is there with him at every step, making sure that his music is heard by as many people as possible across every streaming service. “The playlisting opportunities with Spotify, for example, certainly have been exciting with Michael Brun and Kid Coconut,” Landy explains. “He’s gotten steady coverage on key playlists like New Music Friday and ElectroNow, at one point even having the face of the latter. And now with the way his production and the collaborations he’s delivering with other artists is evolving, the spaces for his music to be discovered on streaming services are further opening up.”

The relationship between AWAL and Michael Brun and Kid Coconut is likely to last for quite a long time. The company is enamored with Brun’s production talent and business acumen, two aspects of the DJ’s overall skillset that simply keep improving as he ages, now just 25 years old.

“It’s such a pleasure working with him, not only as a force of talent but also in terms of the compassion and charisma he puts into what he’s doing and the way that he’s able to inspire other emerging artists from his home,” Landy says.

“The way his music combines electronic dance production with traditional sounds and instrumentation from Haiti is brilliant and very international. And well, he’s just a really great human being at the end of the day.”

But no matter where Brun’s career goes next, Haiti will always be at the forefront of his mind. Whether he’s performing at the world’s biggest stages or at his high school in Haiti, he always promotes education and community in hopes to inspire the next generation of musicians and cultural leaders, pushing those who follow in his footsteps to have a clear vision of how they can make the country a better place.

“It’s really important to connect with what you represent as an artist and to figure out your story,” Brun advises. “It’s so important to really succeed in not just making great music, but understanding the business of it and understanding what you represent and what you want to say. Knowing who you are, it helps you to get your point across a lot cleaner. It also makes for a more interesting output as a whole.”

The sky’s the limit for Brun in the coming years. With AWAL’s help, his music will be more accessible and widespread than ever, featured across all streaming sites in the biggest and most important playlists. Who knows – maybe some teenager out there will hear Brun’s music and make his or her festival daydreams a reality, someday becoming the next big DJ playing on the world’s most important stages.

Become an AWAL member like Michael Brun and take the next step in your journey!