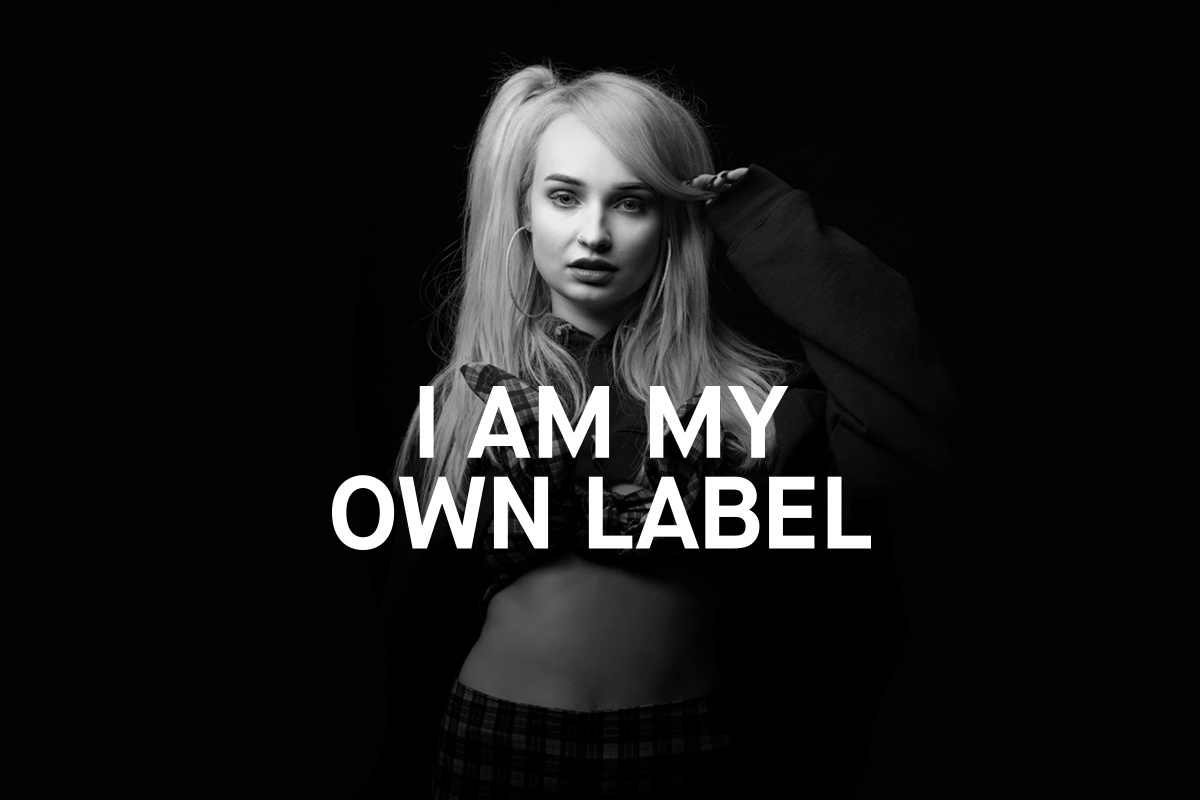 Her Own Label: How Kim Petras Defines Her Music and Herself

Kim Petras sees herself as many things: a pop singer, a songwriter, even sometimes a bit of a “foreigner” (she’s from Germany). But first and foremost, she says, she’s “a daydreamer.”

The pop princess not only channels those vivid daydreams into earwormy, sugary-sweet songs but also uses them as inspiration for the technicolor stories she tells in her music videos. Petras says the vibrant color palette for her dream world comes from a time before she was even born — the 1980s. “I like creating a tiny world that you can go to when you watch the music video,” she says.

Although the fun and funky marriage of visuals and sounds has come to define Petras’ music-video aesthetic, the dreamy paradises serve another, more poignant, purpose, she says.

Growing up, life at school was difficult for Petras as she was “unpopular and bullied.” Music was her comfort, and music videos were her refuge, a safe space for her imagination to run wild. Her goal, she says, is for her own videos to be that for other people.

At the tender age of 13, Kim Petras made her debut in the public eye — not as a singer, at first, but because she’d emerged as a trans girl. After appearing on German television, her story spread worldwide and she began pursuing a modeling career. After releasing an EP in 2011, last year, she reemerged with the single, “I Don’t Want It at All” and has since appeared alongside artists including Charlie XCX and Lil Aaron.

Her ultimate goal was always to be in music. From bedroom beginnings as a songwriter, she started transforming herself into a bona fide pop star ala Britney Spears or Madonna in their heydays. (Petras also cites Judy Garland, arguably the mother of all pop stars, as an inspiration.) Pursuing a life of pop royalty, however, was, to her, a “huge risk,” she says.

“How do you become a pop star?” she asks. “So many things need to happen that are solely dependent on luck, like singing at the right place. But if you write your own songs, you make your own path.”

Since the release of her first single, Petras’ string of pop anthems has caught the attention of listeners and industry alike. To date, her songs have earned over 35,000,000 streams across Spotify and Apple Music. After appearing at SXSW for the first time this past March in a full-fledged showcase set, and appearances at PRIDE celebrations in both Los Angeles and Birmingham last month, her next adventures include an upcoming show at San Diego’s PRIDE and opening for Troye Sivan on his fall US tour.

Collaborating with her friends, Petras says, is inspiring, even though she’s somewhat new to the experience. “When I was in Germany, all I did was write songs by myself,” she says. “I wrote every single lyric on everything. It’s hard for me sometimes because my songs are all me, but the right people help adjust the melody or come up with an ad lib.”

“The greatest part about not having a label, for me, is that I get to be really fast. If I wanted to drop a single I write quickly, I could. AWAL gave me the possibility to do that.”

Though, at times, she thinks “it would definitely be easier to have label support,” she leans on her team and, ultimately, herself to direct her own career. “It’s about freedom,” according to Petras. “I want to innovate and be able to experiment with the way I release music. I want to be the new wave for artists who want to release music differently.”

Releasing music independently under her label moniker, BunHead, counterbalances the risk of being a pop star, she says. “It’s possible now because of streaming and the business opening up to independent artists. It excites me. This wouldn’t have been possible even five years ago.”

Her next album is already breaking the mold. Petras decided to release it track by track rather than wait to unveil it as a whole collection in order to give “each single its time to shine.”

First up is the certified bop, “Heart to Break,” which was ironically released on Valentine’s Day and recently remixed by venerated artists including Freedo, Judge, and Dan Trapp. The track essentially sets up a story in which Petras knows the object of her affections will break her heart, but decides to dive in anyway. “It’s the hopeless-romantic in me who jumps into toxic relationships happily,” she says. “Thumbs up — my love life.”

Its video complements the lyrics by portraying her as an ivory-towered princess who inevitably falls for the bad boy. Although she can clearly see her future, Petras shows that even heartbreak, in music videos, can show true strength.

“Girls are as tough as the guys, if not tougher,” she says. “It’s a great time to be a woman in music.”