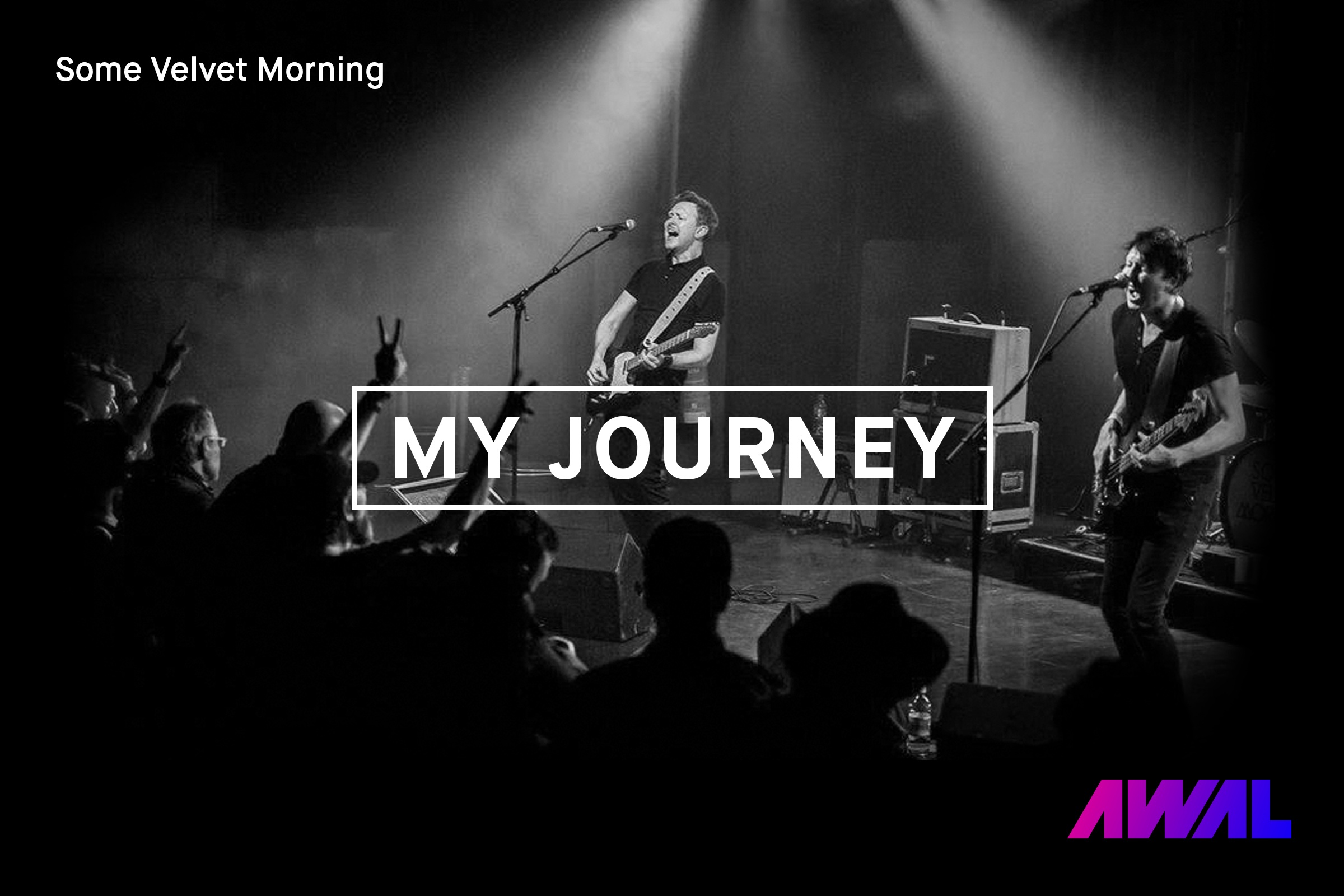 My Journey: Some Velvet Morning

How did your journey first begin for you guys?

We all started on instruments at a very young age, inspired by our parent’s vinyl collections. When great minds meet it is a wonderful thing – we met in Denmark Street, in the heart of Soho. Rob was placing up a poster for ‘drummer available’ and Des worked in ‘World Of Pianos’, writing songs in his spare time in the back room on an old piano. The piano was being prepared for auction and was John Lennon’s original upright piano which he wrote ‘Imagine’ on.

At this point, we’ve recorded two albums. Our second album ‘Allies’ was one of the first crowd funded releases (£100K raised from fans in 6 weeks). We are currently writing a third album, have headlined a show at Scala, supported The Vamps at Wembley Arena. We’re even writing music for a film, ‘Kat And The Band‘ featuring Dougie Poynter from McFly.

Some Velvet Mornings headlining at Scala

The biggest challenge for any band is growing a fanbase. That took many years to establish and it is a constantly moving target which we aim to maintain. The drop in traditional revenues from physical media was a challenge, especially in providing the band with revenue for touring. We have re-aligned ourselves with a heavy focus on music for synch (Renault, Grand Tour, Pull & Bear, Haig Club are recent successes), publishing revenue, neighbouring rights and brand partnerships.

Working with Coldplay’s producer Rik Simpson on our first album was a special privilege. We have been fortunate enough to work again with him this year.

Traveling the world and performing in the US, Asia and Europe have also proved to be a wonderful opportunity for us all. Our best show has been this year at Wembley Arena for 10,000 people. Hopefully there is more to come…

What’s the next big milestone(s) that you’ve got coming up?

In November, we’re headlining our own show at Scala in London.  Our fourth album is also being recorded, which will be released both through AWAL for digital and on vinyl. We are actively seeking a distributor for the physical LP and looking to increase my listenership on Spotify and Apple Music.”

We want to keep making high quality music and to reach as wide an audience as possible. Whilst there are constraints with social media and streaming, there has never been a better time than now for an artist to take control of their catalogue and reach a new market. We are excited!

AWAL has been the best distributor we’ve had. It is great to have a personal one-to-one relationship and we value their professionalism in attending to our releases, helping digitally distribute across all platforms in a very short time window.

The best outlets for artists to learn from are from other artists! Sign up to the AWAL Weekly and see how AWAL artists like Some Velvet Morning are conquering the grind and finding success!