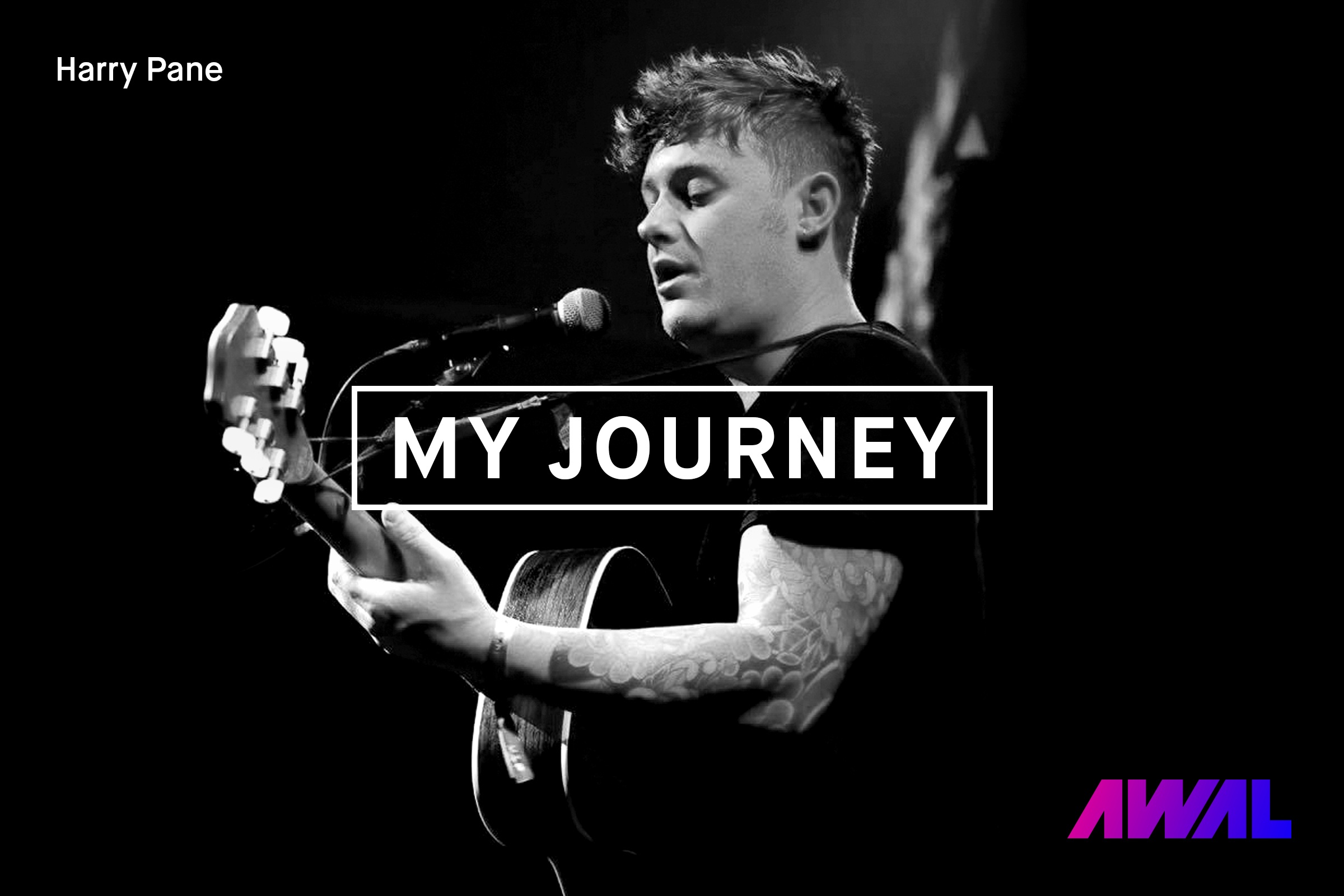 To kick the series off we’re speaking with singer-songwriter — Harry Pane.

I started going to open mic nights with my dad at age 14 and I really got into performing. I then started to take it a bit more seriously and basically teach myself how to play different guitar styles and went to college to study music practice. It was really great experience for me and I guess the journey began from there.

Highlights began with leaving my full-time office job to be a full-time musician, that’s the dream right? Some of the festivals I performed at are definitely up there such as Glastonbury, SXSW in Texas. I was also lucky enough to win the #Roadtothe100club which resulted in a development fund from Island Records and a successful PledgeMusic crowdfunding campaign. I’ve had several sold out shows in London and my hometown of Northamptonshire.

I experienced amazing support through the crowd funding platform Pledge music, which has allowed me to find new fans and give me more self-belief, I recorded my EP Changing through crowdfunding. I recorded my last two EP’s with an amazing producer Dani Castelar who has worked with artists such as Paolo Nutini, REM and Snow Patrol. It was amazing experience and I have now gained a great friend!

I’m all about playing live, it’s my favourite thing do, so sometimes I need to realize when it’s time to take a rest; however I’m always itching to get back out there. During the tour that I’m currently on around the UK I’ve been joined by Mark Edwards on drums, which has been a great experience and provided the perfect solution to offering a more diverse set. Lastly, I recently played a support slot in Holland to 3000 people which helped me gain a ton of new fans. I understand the importance of touring and the fans support is. Without their belief and support an artist is nothing.

Thanks to Meet & Jam, a new London based platform for emerging artists, I gained a development fund with Island Records. This allowed me to get back in the studio, specifically Studio Barxeta in Valencia with Dani Castelar. I love working with him & in that particular studio. It has such a nice homely vibe to it which makes you feel relaxed enough to let the creativity flow. I recorded my previous EP Changing there with Dani also. I began writing the EP in Autumn 2016 between gigs and travelled to Spain in Jan 2017 for a week in the studio.

What’s the next big milestone(s) that you’ve got coming up?

I’m planning to write and release another single in September. Other than that you’ll find me busking on the London Underground with my ‘follow me on Spotify’ sign. 😉

I’d really love to play Brixton Academy and have an immensely loyal fanbase.

Really good! My single Fletcher Bay has 300k streams on Spotify and the instrumental 200k. I have found AWAL to be really productive and helpful in raising my profile.

The best outlets for artists to learn from are from other artists! Sign up to the AWAL Weekly and see how AWAL artists like Harry Pane are conquering the grind and finding success!