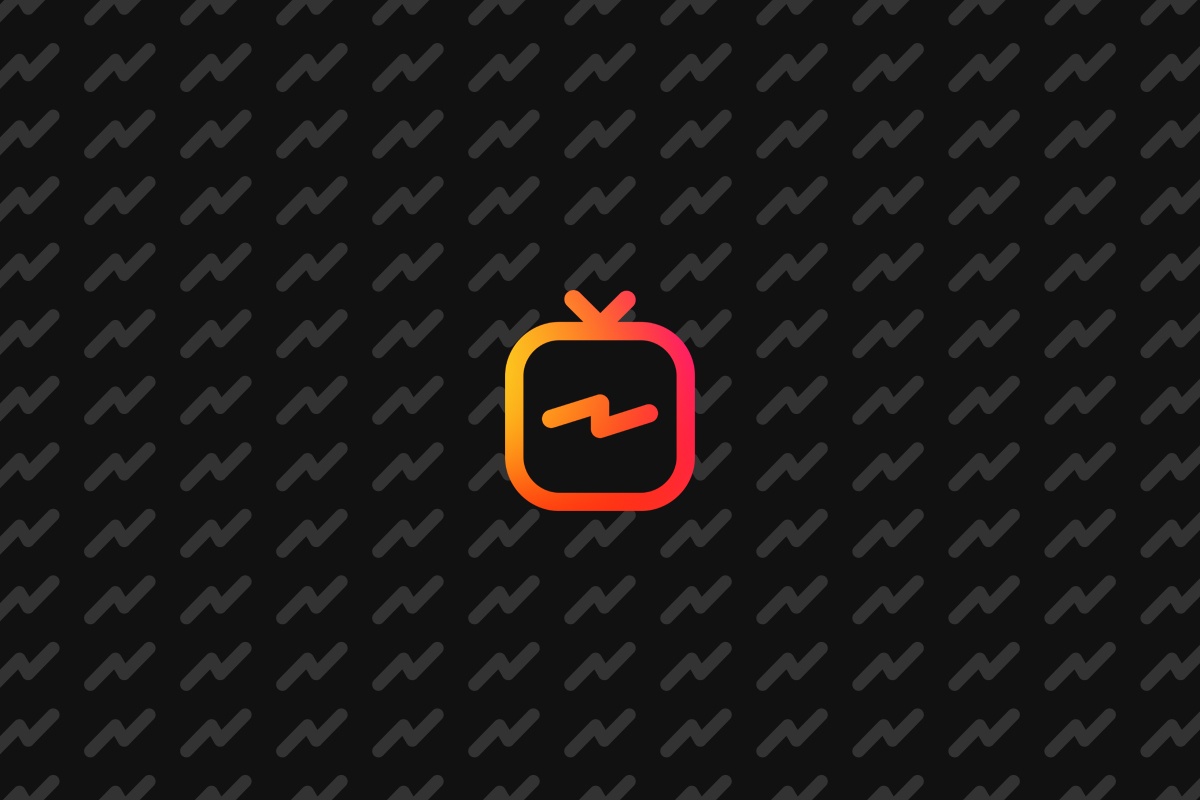 Last month, Instagram introduced IGTV, a longform video hub largely positioned by the media as the anti-YouTube. While the two tech heavyweights have long been locked in a race for attention span, their success isn’t mutually exclusive. Instagram’s hybrid offering—at once in-app integration and standalone product—operates within the self-imposed limits of verticality. Some users will leap forward, others might step back.

If IGTV boasts any immediate value-adds, it’s facilitated conversion and streamlined distribution. Instagram’s built-in audience all but ensures at least a moderate mix of both. For starters, usage stats continue to balloon, partly thanks to the rapid adoption of Stories. The average 25-year-old clocks 24 minutes per day on Instagram, and 72 percent of stateside teens regularly tap that unmistakable purple icon. IGTV’s sell, then, is a logical one: Why leave one app to watch an in-depth artist interview when you can stick around and enjoy it all the same?

That ease of use we’ve come to expect extends to uploads. It only takes eight actions to upload a video to IGTV on iOS. Additionally, horizontal aspect ratios—set in stone since the 1930s—have gradually faded across social media. Indeed, the world goes vertical when there’s a smartphone in hand. (The typical device spends 94 percent of its life upright.) The ability to film with minimal effort will only accelerate the ongoing shift. With that said, SnapChat and Instagram don’t have to exile longtime standards, still alive and well across movies and TV, Netflix and YouTube, to succeed. What they’ve already done is more than enough: Surpass a tipping point that makes ignoring them a mistake. Suffice to say, the creative community will ultimately determine IGTV’s cultural impact.

“It seems like Instagram is a more preferred way to see what your favorite artist/band is up to,” pop-rock artist Dylan Dunlap tells AWAL. “I think it’ll be extremely helpful to utilize IGTV and make it a one-stop shop. Have all the professional photos and albums right there to scroll through, but also be able to watch a special full-length video in the same app. We have some plans to do daily tour vlogs and show recaps, plus some more town hall style conversations, using the IGTV platform. That’s where most artists will have their most engaged fans.”

Dylan is starting to use the new IGTV update by showcasing the full clip of his “Clockwise” live in studio performance version. Check his profile.

Endless content fuels countless platforms. Countless platforms fuel endless content. What’s important to know for now is where IGTV stands, both in relation to competitors and in relation to its own growing ecosystem, one that now includes Spotify integrations, video conferencing, and augmented reality. For the foreseeable future, users will likely enter IGTV, a mechanism for fan retention and lifetime value, through Instagram itself, the principle driver of channel awareness. (That relationship could flip if the new product sticks.)

“On Instagram, you usually start advertising campaigns with prospecting ads,” says Jessica Savage, Director of Digital Strategy & Marketing at AWAL. “That brings people to the artist’s main feed, with the goal of increasing the audience there. IGTV is the next step. It can help to think of it as more voyeuristic, giving fans a deeper look into daily life and the making of special projects.”

It can take different methods to capture that deeper look. Individuals and brands are actively learning how to produce hi-res content for vertical. In an interview with Nieman Lab, Mashable creative director Jeff Petriello pointed to 4K cameras as the best solution, praising the technology for top-tier quality that’s easily cropped. Many pros will rely on editing software such as Final Cut, Premiere, or even iMovie. Many more have already turned to the 10-plus megapixels available for use on the back of their phones. Some have yet to do either.

Early adoption of IGTV (emphasis on “early”) has been somewhat limited as of this writing. Many major brands (Apple, Supreme, Google), artists (Rihanna, Drake, Kendrick Lamar, Beyonce), and influencer channels (Complex, No Jumper, Cole Bennett, COLORS) have, for now, held off on activation, while others (Netflix, Spotify and Genius among them) take a headstart. Few notable music channels already feature original content native to IGTV. Some have repurposed published work, applying a vertical crop. Others, like Jaden Smith, have debuted new material on the platform that rejects vertical format. (You can still watch horizontal videos on IGTV, but no in-app controls will follow your lead.) Movie trailers, recycled memes, life-hack compilations, exercise tutorials and personal vlogs abound.

An example of how Genius is starting to migrate its content over to also being hosting on IGTV. Check their profile.

“I think IGTV takes the pressure off in a way,” says Savage. “Before IGTV, your only real outlet outside of Facebook and Instagram and Twitter, to a certain degree, was YouTube, where almost everything is polished. You can treat IGTV like a sandbox, something to explore and see what content resonates with an artist’s fan base”

Netflix’s first IGTV post—an hour-long close-up of actor Dylan Sprouse eating a burger—exemplifies changing tides. With that said, nothing is one-size-fits-all: Some segments of the population will jump at Instagram’s big bet. Others never will. The 9:16 ratio isn’t for everyone, at all times, at all ages, and the same applies to 16:9. Those who efficiently populate their channels won’t miss the boat. Those who test barriers early might create a wave that propels the entire product forward. (Stay tuned.)

Perhaps the biggest question facing IGTV—and those tasked with lining its pipes with content—is when the money will start to flow. Instagram CEO Kevin Systrom made vague promises of payment in a recent media conference: “Right now we’re focusing on building engagement,” he said, “But there will be a way for creators to make a living.”

Parent company Facebook’s robust ad manager and major label permissions hint at a solution around the corner. Preroll, midroll and sponsored placement adverts seem probable down the line. Ideally, however, ad revenue would source back to the direct uploader. Instagram aims to “use longer, permanent video for deeper storytelling.” If IGTV works, advertising dollars will overflow, and some of those funds should empty into the pockets of artists. Until then, this new digital frontier, boom or bust, is a worthwhile testing ground, complementary to the more refined material you’d expect to find on an artist’s YouTube channel.

Keep up with industry news and marketing best practices with AWAL Weekly, our Tuesday newsletter. Click that subscribe button for top-notch posts delivered straight to your inbox.