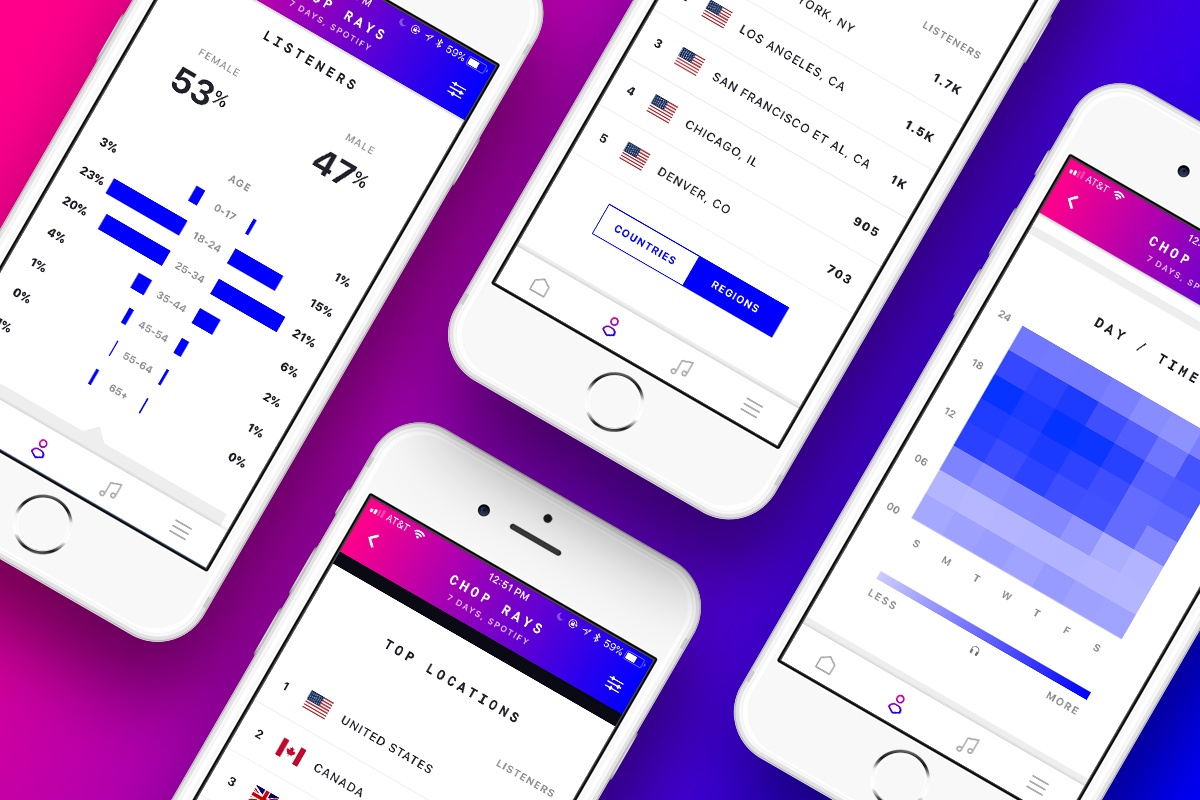 How to Target Your Social Media Ads for Maximum Impact

Chances are, you’ve probably created a social-media ad at some point in your music career. Whether it was to promote a new single, tour, or even a special piece of merch, if you’ve put money behind a post or customized a promoted blurb — you’ve made an ad.

And when you created that ad, you probably also dabbled in targeting. An easy way to think of ad targeting is positioning your promoted post or social-media ad to try and hit as many relevant (or qualified) users are possible. Depending on the goal of your ad, this could mean your fans, people in a city where you’re playing, or simply lovers of your particular genre of music.

The purpose of ad targeting is pretty obvious: You want those who might actually act upon your post to see it. Otherwise, you might just be throwing money into a black hole. If you’re a Philadelphia-based, hardcore-metal band and ads to your shows are being shown to classical-music fans from Seattle… you probably won’t see much return on your ad investment.

Luckily, the AWAL App provides important data to help target your ads and make sure you’re hitting the right people. Here are four major themes to focus on the next time you create and target an ad on social media.

As in our example above, targeting by location helps you hone in on where your active fanbase — and even casual listeners — are geographically. Paying attention to location can help you strategically plan everything from where and how you release your music to what cities to hit on your next tour.

It can also help you tailor or localize your ad language to fit a particular country or region depending on where your music is gaining traction. For example, you’re always going to earn brownie points when calling out a particular place (“Hey, Boston!” or “See you tomorrow, Cleveland!”) when targeting a specific territory.

On the flipside, location will also give you insight on where not to focus your efforts. If your latest single is blowing up in Los Angeles but not seeing much action in New York City, cultivate that West Coast breakout instead of attempting to saturate New Yorkers with ads they may or may not pay attention to — even if they’re fans of you or your genre.

William Edward of UK-based pop duo OMYO discovered that strategically targeting his band’s ads led to inclusion on playlists like Release Radar. Along with attacking OMYO’s homebase, Edward started running ads for tracks on Tuesday or Wednesday in smaller, niche countries like Mexico where ads are typically cheaper and impact these global, algorithm-based playlists. “When the playlist comes out on Friday, we’re on it,” says Edward. “If we drop off the playlist, I boost and target those areas again.”

Edward’s familiarity with some Asian countries also led him to success with location-based ad targeting. “We just started targeting the Philippines because I knew it’s a great pop-consumer market,” he says. “It was so cheap for us to push our Spotify links that we viral charted there. That was one of the early things that twigged onto it, because we weren’t just doing it for cheap views — we were doing it because we knew it was a good pop-consumer market.

“For us, it’s better than just doing general adverts to the UK on its own. We might as well actually target people who are going to appreciate the music and get a great ad return on top of it.”

You might already have an idea of whether the majority of your fans are male or female, along with a ballpark age range. You might even have tailored your look or sound to appeal to a very specific demographic. By analyzing gender and age data, you can confirm your theories and finely target your ads to reach the right segments.

Age and gender demographics can also help you decide which social media platforms you should be advertising on. If the majority of your fans are women in the 18-29 range, you may have luck reaching them through Instagram ads, since that segment aligns with Instagram’s own demographics.

And, as we all know, different ages can seemingly speak entirely different languages. By analyzing this set of data, you’ll learn how to talk specifically to who you’re targeting. For instance, if you have a large fanbase of millennials, you might want to tailor your ad copy to include the latest slang.

Finally, learning your audience’s age and gender demographics has its far-reaching benefits, too: Besides better targeting your ads, you’ll be well-prepared for opportunities like synch and partnerships by knowing (and being able to demonstrate via successful ad performance) that your core demographic lines up with a certain brand or company’s.

It’s happened to most artists: You post a sick new band photo or album preview only to watch it stagnate on your page, earning maybe a like here or a comment there — if you’re lucky. Chances are, barring any social-media algorithm shenanigans, your fans simply weren’t active when you posted.

While the AWAL App gives you insight into when listeners are streaming your music, you can use this information in other ways, like targeting your marketing by time of day. Targeting by time of day helps you get more bang for your advertising buck, reaching more qualified eyes on their schedule. Sure, you might be awake at 1 AM after a gig in San Francisco, but your devoted fans back home in Pittsburgh probably aren’t. (For cases like this, pre-scheduling your targeted ads to the Steel City is a go-to option.)

And, keep in mind, your fanbase might surprise you. They may be night owls who are awake at the wee hours of the morning, so while it might be traditional to drop your new single at 9 AM on a Friday, you could see more of a return releasing it at midnight, then immediately boosting a targeted ad.

Finally, the AWAL App alerts you whenever your music is added to a Spotify or Apple Music playlist. Sometimes, it’s simply a nice confidence boost to see your songs added to a new collection, but other times, there are hidden insights you can use for — yep — ad targeting.

If you’re added to mood- or activity-based playlists, use those topics to target Facebook fans interested in them. Say your track is included on “The Ultimate Surfer’s Playlist.” Try targeting fans of “surfing” and “the beach.” Make sure, of course, to be mindful of the demographics we’ve discussed above when targeting by interest.

Remember that, although you might see some traction from a humble, organic post or even a blanket ad, by finely targeting your messages, you’ll be talking directly to the people who are most likely to pay attention. The more targeting rules you apply, however, the more relevant your audience is but the amount of people you’ll reach gets smaller. For some, this highly qualified but tinier audience equals better results, but it’s important to test your own targeting techniques to see what works best for you.

The first step in successfully targeting your social-media ads is getting to know your fanbase. Besides hanging out after shows and forming real connections through Twitter talk-backs, you can glean a lot of insights via demographic data, and the AWAL App is a great first step to begin gathering the stats and facts to help you hone your advertising strategies.

If you’d like to gain greater insights to help you target your ads, or would like to find out how AWAL can become your partner as an independent artist, become a member today!