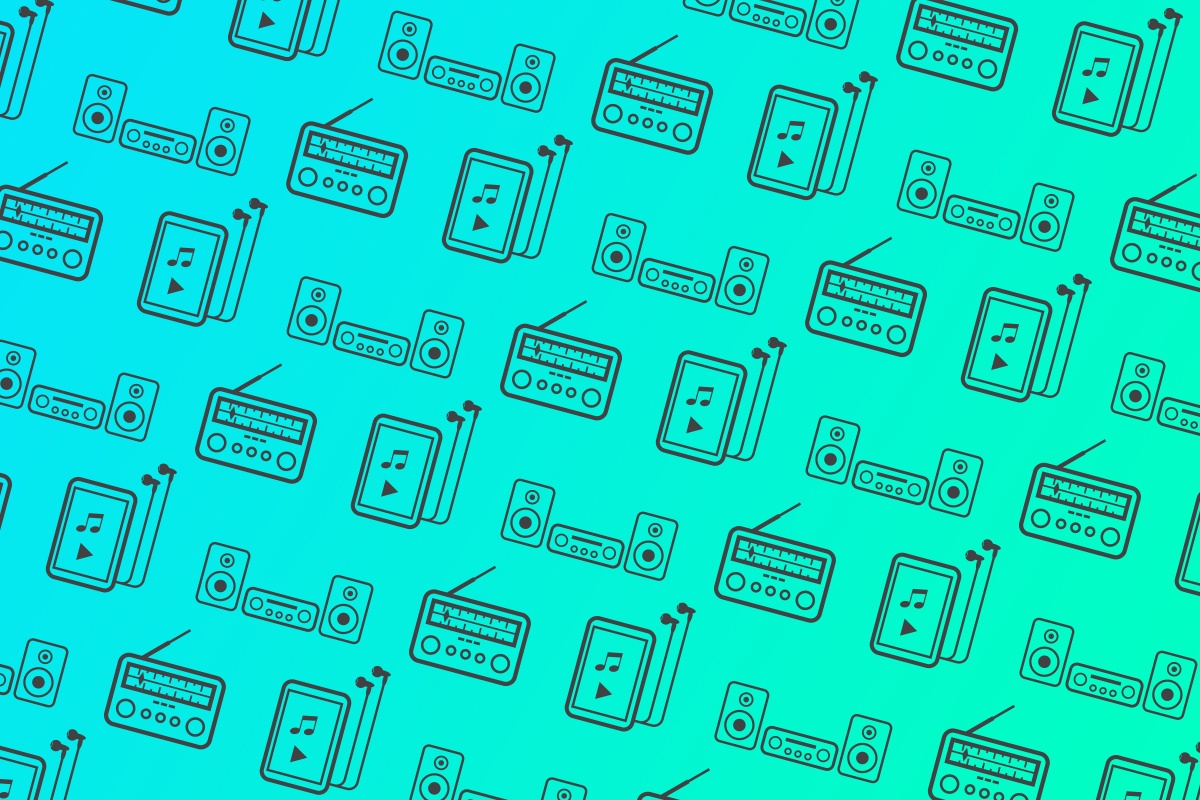 How Streaming Has Become as Important as Radio in 2017

Historically, radio breaks artists. This isn’t news to you; hearing your song on your favorite Top 40 station is a goal many aspiring musicians dream about. Even if you have no idea why radio is a significant milestone in your career, you just know it is. It’s a sign that you’re on the right track, the industry thinks you’re good enough, and your listenership is growing.

But it’s 2017, and there’s a kinda-new kid in town: streaming. Like radio, streaming presents a running playlist of tracks based on any number of criteria, from genre to era, particularly on platforms like Spotify, Apple Music, and Pandora. Where the largest differences lie is in customization; on most streaming platforms, users can conjure up “radio du jour” based on their tastes and listening history. Listeners today have more choices, more autonomization, and, ultimately, more buying power than ever before.

What started as a humble musical experiment has quickly become the norm for music fans and a new conduit for the industry at large. As of three years ago, streams factor into Nielsen SoundScan’s Billboard-ranked album sales and now also count towards RIAA gold and platinum certification. “Album-equivalent units,” which is a catch-all term for streams along with digital and physical album sales, count 1,500 streams of a single song from an album as one album sale. If a song earns enough plays, it could be enough for the entire album to go gold or platinum.

All of this is astounding considering that in 2011 – a mere six years ago – only nine percent of market share came from streaming, compared to 51% last year.

In fact, in 2016, 50% of music industry revenue was earned digitally. Can you guess what was responsible for the bulk of that? Streaming, of course. With over an estimated 100 million paid subscribers across all platforms, streaming ostensibly ushered in the industry’s largest growth spurt since 1997 – back before the days of Napster when physical product was king.

But are artists getting “discovered” by streaming yet? “It depends what you mean by ‘discovered,’” says Zach Gunsel, Vice President of Digital Sales and Account Management at Kobalt. “Streaming services are still more representative of certain age demographics and types of listeners than the relatively broader radio audience distribution. It’s easier to quantify what kind of engagement you might be getting when the audience discovers you on a streaming service, and industry folks are certainly watching the charts on the streaming services, but radio can be a huge part of getting ‘discovered’ by the masses.”

Twenty years ago, listeners obsessively tuned into their favorite radio station to catch the hottest new single by their favorite band. Now, Spotify’s “New Much Friday” playlist accomplishes the same feat and more, providing a convenient, on-demand roundup of premieres.

“I think a lot of people now just check out Spotify for their new music,” says Matt Riley, Senior Director, Creative – Kobalt Music Recordings (AWAL). “They check out those playlists. They don’t listen to Radio 1 in the U.K. They actually just listen to New Music Friday on Spotify and then see what’s up.”

Riley continues, “There are six billion people in the world, and actually, I guarantee you more people listen to radio than listen to Spotify. It’s just that the people who listen to Spotify are paying for it, and they’re all really engaged. If someone hears you on the radio, it doesn’t mean they’re going to buy your track.”

It’s crucial to note, however, that radio is not irrelevant, no matter what streaming stats and advocates perpetuate. In fact, it’s still the platform with the highest reach overall; 93% of adults listen to AM/FM radio. “There’s no slump in radio, which everyone predicted even when…downloads took off,” says David Emery, Global Marketing Strategy at Kobalt Music Recordings (AWAL).

“Especially in the US, radio hits a huge amount of people who do not interact with streaming services (and who may not for some time yet),” says Gunsel. “For large groups of people, radio is still where they first encounter a song that might have already had tens of millions of streams.”

Not only is radio hanging onto its listeners, it’s also joining the streaming party itself. “You already see a lot of the larger players, whether it’s iHeart or [others] making their own inroads into streaming in hybrid radio streaming services,” says Emery.

At the same time, the formerly divisive relationship between radio and streaming is growing more and more symbiotic all the time. Whereas radio was the conduit to a breakthrough before, streaming is quickly boosting artists to gain terrestrial airplay. “Streaming numbers are the best thing you could possibly have,” Emery continues. “It’s genuine people actually listening to the track and liking it….Naturally, radio stations are going to [like] that.”

“Streaming can be a true ‘testing ground’ for a track long before going to radio,” agrees Gunsel. “Traditional radio research relies on a small number of people self-reporting their familiarity and listening habits, so the resulting data is only indicative of the way a small group of people answer questions. Streaming data shows people’s actual listening habits when and where they are listening to music.”

That data is imperative to determining where your money is best spent. “With this information you can decide how and where to invest next in your campaign and artist development strategy,” says Gunsel, “i.e., whether it’s time to invest in going to radio next.”

It’s important to note, however, that geography can dictate the fruitfulness of both radio and streaming campaigns, especially in regards to the timing. “In the US, the radio landscape is more generally focused on popular music and it can take a long time to achieve success with a radio campaign,” explains Gunsel. “So a track getting started at the DSPs can precede a radio campaign and help you understand how your audience is reacting before investing quite a lot of time and money.

“In the UK, there’s a bit more of a focus on presenting new music over the airwaves, so a radio campaign can run more in conjunction with a track that’s also gaining early momentum in the streaming world. Though we generally make music available at the same time on a global basis now, it’s important to understand that campaign pacing differs from market to market along with the way digital platforms fit in those markets.”

How Artists Get Discovered on Streaming Platforms

With radio, artist discovery is pretty straightforward for the average listener: the station plays your song, people hear it, they discover your music. It’s a little less linear on streaming platforms, especially because methods of delivery vary so widely.

What it all boils down to is listener counts. Yes, it’s important to get your song on popular playlists (we’ll talk about that in a moment), but before your tracks have a prayer of gaining momentum, people need to be listening.

“Of course people are also listening to music in [Spotify-curated] playlists, which is equally valid, but that listening is not necessarily engaging with an artist,” says David Emery. “You want to be able to convert that into ‘I want to listen to the album, maybe go to a show.’ That comes from being part of their music libraries.”

How do you become part of streamers’ libraries? Start with your existing listeners. Encourage or incentivize your fans to subscribe to your profile and add your music to their libraries and playlists for repeat listenings. Form a strong bond with those who love what you do; listenership begets ambassadorship, which earns you the most hardcore, loyal fans who will spread the word about your music. Promote your streaming profiles via other platforms and social media channels, and offer your devotees “fan-first” promotions like presale concert tickets or the option to pre-save your album before it even launches.

“Streaming is all about long-term plays,” according to Emery. “Short-term plays are great, but you really want to have an established day-by-day stream count that’s really ticking over. You only get that by being in people’s collections.”

There are thousands of playlists across streaming platforms according to genre, listening behaviors, custom mixes, and more. Some are algorithm-based (like Spotify’s popular “Discover Weekly,” which provides listeners with a custom mix based on their history), while others are built by real, live people. In fact, 50% of Spotify’s 100 million users listen to its human-curated playlists. To take it to a more micro level, one out of every five plays happens inside of a playlist.

The feat of actually making it onto one of these tastemaking lists probably seems daunting, but because of the variety and scope of each individual list (and list-maker), there are many places to start. Bigger isn’t always better; smaller, niche playlists with lots of hungry, dedicated subscribers could yield better, more targeted results. Not to mention that traction on a smaller playlist can lead to an addition on a monster playlists, like “Ultimate Indie” or “Chill Hits” with millions of subscribers.

To earn a spot on a playlist, many artists go directly to the curators themselves. Some have their own websites with contact information or belong to online communities where they’re accessible. Also try building your own playlists pairing your music with influences and similarly sounding artists to attract attention. Again, listener count is a massive attention grabber.

It’s important to note that this human element is very similar to how radio is programmed, or was in the days when disc jockeys championed records and artists over the airwaves before digitalization and terrestrial consolidation.

As with any marketing channel, your profile on streaming services needs to be cohesive; use a single header and profile image to immediately identify yourself and blend with your artistic brand. Use your profile as an advocate by pinning your strongest, most “single-ready” songs and generating playlists around the tracks you want to draw listeners’ attention to. Set aside time to create new playlists on the reg, because crafting new sets of songs keeps your profile fresh, makes you look active, and, above all, gives you another opportunity to promote your songs.

In today’s ever-evolving digital landscape, streaming has become the radio that fits the fast-paced, on-demand lifestyle of many music listeners. Although terrestrial radio is still an important part of any artist’s career trajectory, streaming offers new avenues to get music heard, sell albums, and build fanbases.

To get the most out of streaming you need a true partner. Apply to AWAL today and see first-hand how we can help!