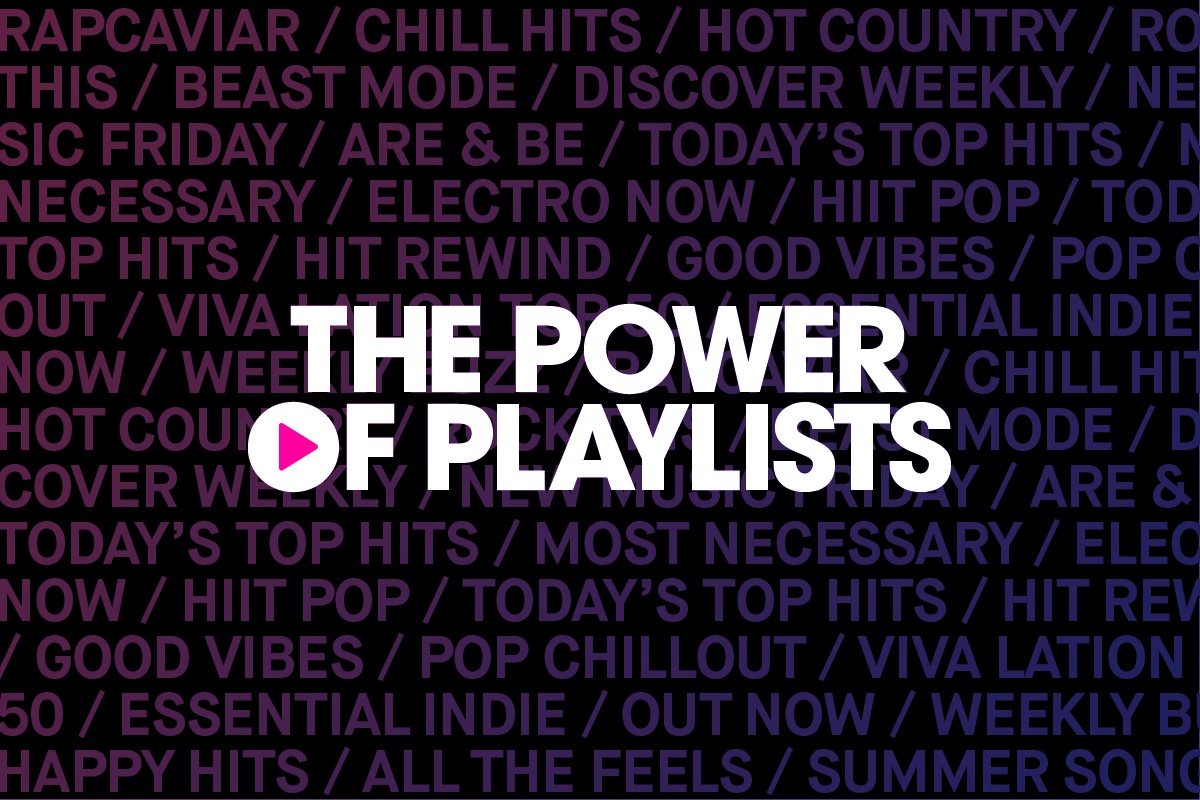 How Playlist Adds Are Building Careers for Independent Artists

To say streaming playlists occupy an important role in today’s music industry is an understatement. For artists, getting added to a hot playlist with a substantial following can be a turning point in their career. Some have witnessed more than just a short-term pump in popularity, but instead the seeds for long-term success. Spotify alone is home to 2 billion individual playlists, some curated by their own playlist specialists, some by users, and others even by algorithmically based on listening patterns. Today, Spotify’s most popular playlists like Discover Weekly and New Music Friday have become the modern-day equivalent of landing music on Top 40 hit radio station.

Today’s definition of “breaking” in music, is different than it was twenty, or even five years ago for that matter. To break and establish a career in today’s music industry, artists need to understand the importance of playlists, and how huge the impact can be on their careers. Getting on key playlists with lots of followers is great exposure, but that’s actually only the first of many fruits playlist ads bear…

Playlists as a Means of Discovery

Today, more than 100 million listeners pay for streaming subscriptions worldwide. Streaming services are arguably the most accessible and popular method to consume music. It’s because of this that the power of playlists have really exploded and made them an essential part to any artist’s career. Popular playlists like New Music Friday on Spotify (where one exists for every country) have over 2 million followers, giving artists a massive potential to not only get in the ears of new fans, but the opportunity to be added to any number of playlists in the future. It’s the continued re-engagement after landing on something hot like New Music Friday, which allows artists a chance to see actual long-term success. If the case for playlists still isn’t convincing, Fast Company reported that over 8,000 artists have had more than half of their listening come directly from Spotify’s Discover Weekly playlists.

Many of our very own AWAL members have witnessed the power of playlists first hand. A few months ago, Recode published an article which showcased some of the successes that AWAL artists have had, depicting changes in their streaming numbers every week over the course of 6 months. Take a look at how popular playlists additions have helped AWAL members like Michael Brun & R3HAB and even KMR’s (AWAL Alum) Vérité not just get further exposure, but truly grow their careers.

You can clearly see with a naked eye the steady climb in streams after these artists were added to key playlists with substantial followings on Spotify. Notice that a first time add to New Music Friday might begin the initial climb, but consistent placement on a variety of playlists, leading up to a major playlist placement (like New Music Friday, electroNOW, or Today’s Top Hits), is where artists can rely on the platform’s infrastructure to really help build them up.

It’s not just AWAL artists who see more streams from strategic playlist adds. Even artists like Starley Hope, who wrote “Call on Me” can attribute much of the song’s success to playlist adds. As Wired puts it, “These playlists, created by individual users or Spotify ‘editors,’ form the curated labyrinth through which Spotify can lead an artist or song from obscurity to mass appeal. Think of it as the moneyball of music, a ruthlessly data-driven approach to introducing listeners to songs.” In many ways, playlist hits are like the new radio hit. It marks a new major milestone which can often designate the start of a long and successful career.

What’s fascinating now is the number of playlists that actually exist. We mentioned earlier that Spotify was home to over 2 billion, and it’s only fair to imagine that Apple Music has an equal amount, if not potentially more. This doesn’t even take into account any of the other streaming platforms like Deezer, Tidal, YouTube Red, SoundCloud and their massive playlist libraries. AWAL product manager Mark Newman emphasized how important it is for artists to be aware of the way their music is being consumed. “It’s something for artists and streaming services to think about. How can the streaming services help develop artists and promote their music on their platform? How are platforms good at developing artists?” It’s no longer just about getting distribution and landing music on platforms like Spotify or Apple Music —today, it’s about what an artist can do with the success of continued playlist adds, to re-engage listeners in new and innovative ways.

Learn how AWAL is continuously helping its artists to land on the right playlists for growing their careers. Apply to become a member and see first-hand.