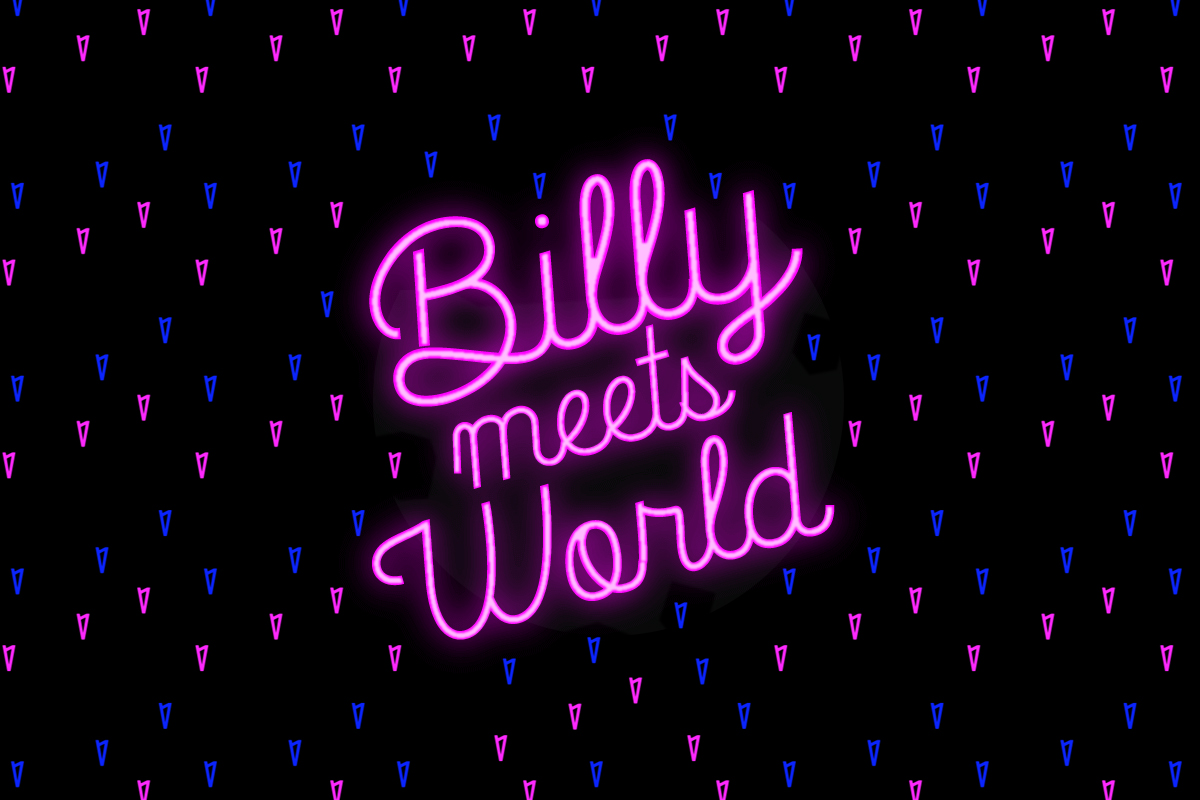 How An Old Game Amplified A 2019 Streaming Hit

We recommend playing Billy Meets World for at least 30 seconds before continuing. Godspeed.

Vietnamese developer Dong Nguyen didn’t expect much when he published Flappy Bird to Apple’s App Store. The mobile game tasked users with a simple mission — keep a winged, pixelated blob in the air — and caught fire because it was (1) free (2) adorable (3) so difficult it pissed people off. It was the kind of difficult that forced you to make your friends give it a shot after you failed to reach Level 3.

Within seven months, Flappy Bird had 50 million downloads; within eight, the game had disappeared, removed by its own disgruntled creator. Fortunately (or not!), what’s born online may never die. Since the OG Flappy went dark, its 0s and 1s have formed the skeletal backbone of several reinterpretations. Fall Out Boy released their own take on the game in 2014.

Two weeks ago, AWAL artist marketers Kelsey Miller and Justin Macchio published a web-based video game in conjunction with “Drugs & The Internet,” Lauv’s latest streaming hit. It stars a frolicking pup, Billy (designed after Lauv’s real four-legged friend) bouncing his way across purple skies and 2030 metropolises, navigating neon pipes in search of endless adventure. It’s called “Billy Meets World,” and it’s (1) free (2) adorable (3) so difficult it pissed people off encourages players to make their friends give it a shot after they fail to last more than a minute.

If this sounds like Flappy Bird incarnate to you, you’re half-right. Billy Meets World doubles as an audience-building machine that fuels direct growth across Lauv’s Spotify following, socials, and merch sales. The team applied the “follow to download” fan acquisition model with some important updates, prioritizing one-click (or one-tap) Spotify logins that seamlessly grant users access to the game while providing Lauv with new followers on Spotify. The question — “How might we creatively support ‘Drugs & The Internet’ and grow Lauv’s Release Radar pool to support whatever comes next?” — had its answer. Step inside the campaign for relevant lessons.

LV1: Re(mix), re(combine), recycle — especially if nostalgia is ingrained in the campaign’s core.

Kelsey: “The imaging behind ‘Drugs & The Internet’ has this Windows 98, 8-bit feel, so we wanted to magnify that and make his fans even more excited about the song. The original idea was to make something in the style of Super Mario Bros, where you go down one of those tunnels and unlock something exclusive. That was the start. We landed on the Flappy Bird idea on a walk to Sweetgreen.”

Justin: “We wanted to think of global marketing ideas that weren’t tied to radio or DSP editorial, explore other places fans live online, and focus on driving more people to follow Lauv on Spotify to create a bigger pool for Release Radar. All of the visual complements to the song were very nostalgic, very Old Internet, and Flappy Bird was peak that. The original developer actually took it down because he felt it was too addictive, and people were selling iPhones with the game preloaded on it for 1000s of dollars on eBay.”

Kelsey: “There’s an open API for the Flappy Bird game, the fundamental mechanics of it, so we worked with a development team in London to build Lauv’s version on top of that foundation.”

Justin: “When we first circulated the game internally, AWAL and Kobalt staff were averaging 15 minutes per visit. We may have temporarily killed productivity a bit, but it was all in the name of moving the artist campaign forward. Fans are still averaging four to five minutes per visit, which is much longer than someone might spend on an artist’s website or a press article.”

Kelsey: “Or the 30 seconds of an Instagram ad. That’s such valuable time as we continue to build this campaign’s story.”

LV2.5: Turn your call-to-action into an embedded soft sell.

Justin: “A lot of fans don’t really want to be told what to do. If Lauv tweeted, ‘Follow me on Spotify!’ that’d be a little too direct for them. But having a game, and following Lauv in the process of playing the game, and hearing the song as they move through the levels, it soundtracks an experience, it’s not an on-the-nose ask.”

LV3: Put yourself in the shoes of viewers/listeners/players to make their experience frictionless.

Kelsey: “It was an intentional decision to build this for an HTML format rather than an app, making it responsive for mobile and web-based, because you don’t need to send people to another place to download something — the app store is another chance to lose people in that journey. It’s two clicks from seeing it on Instagram to playing the game. We wanted it to be as universally accessible as possible.”

Justin: “Not everyone has Spotify, but just about everyone in Lauv’s audience has Facebook, so we created an additional login layer with Facebook’s API. The first day the game went live, Lauv gained double the number of Spotify followers he had been averaging per day for the previous month.”

Justin: “We’re going to continue building additional levels throughout Lauv’s album campaign. The game creates this environment where we can adapt the creative to the current focus and call-to-action, whether that’s a new single, video, pre-order or mailing list signup.”

LV5: Don’t be afraid to make people work for something worthwhile.

Kelsey: “We wanted to honor how addictive the original Flappy Bird was, so it came down to the distance between the pipes in the game, or the gravity the dog has while flying through the gaps — the physics of it all. We knew the original was frustrating, but we also knew that’s what made it something you had to try. We tried to find the difficulty sweet spot there. Not getting to 100 on your first try is what keeps people on the page and gives the music more visibility too.”

Kelsey: “I haven’t gotten past 8 and I helped build it.”

Justin: “I got to 30 once. I have the highest score within the company. The overall high score is like 170. We verified that the account wasn’t a bot, no cheating. Shoutout that person. Your Spotify username is what shows up in the leaderboard.”

Kelsey: “You receive a video from Lauv after hitting a certain level. At the end of it, you can get up to 15% off merch on his store, which is really advantageous to the artist — it will drive incremental merch sales for him, and we don’t take any money from that.”

LV6: Think of release days/weeks as the start of a gradual build, not just the end of anticipation.

Kelsey: “Traditional song marketing plans tend to have everything happening at once, beginning with a bang, whereas games often require the opposite approach. The first phase is the launch, which we did with press within and beyond the music space. The second phase includes online advertising focusing on Lauv fans, fans of similar artists, fans of games like Candy Crush and other cult classics on mobile. And then the third phase will bring gaming influencers and Twitch livestreams into the picture.”