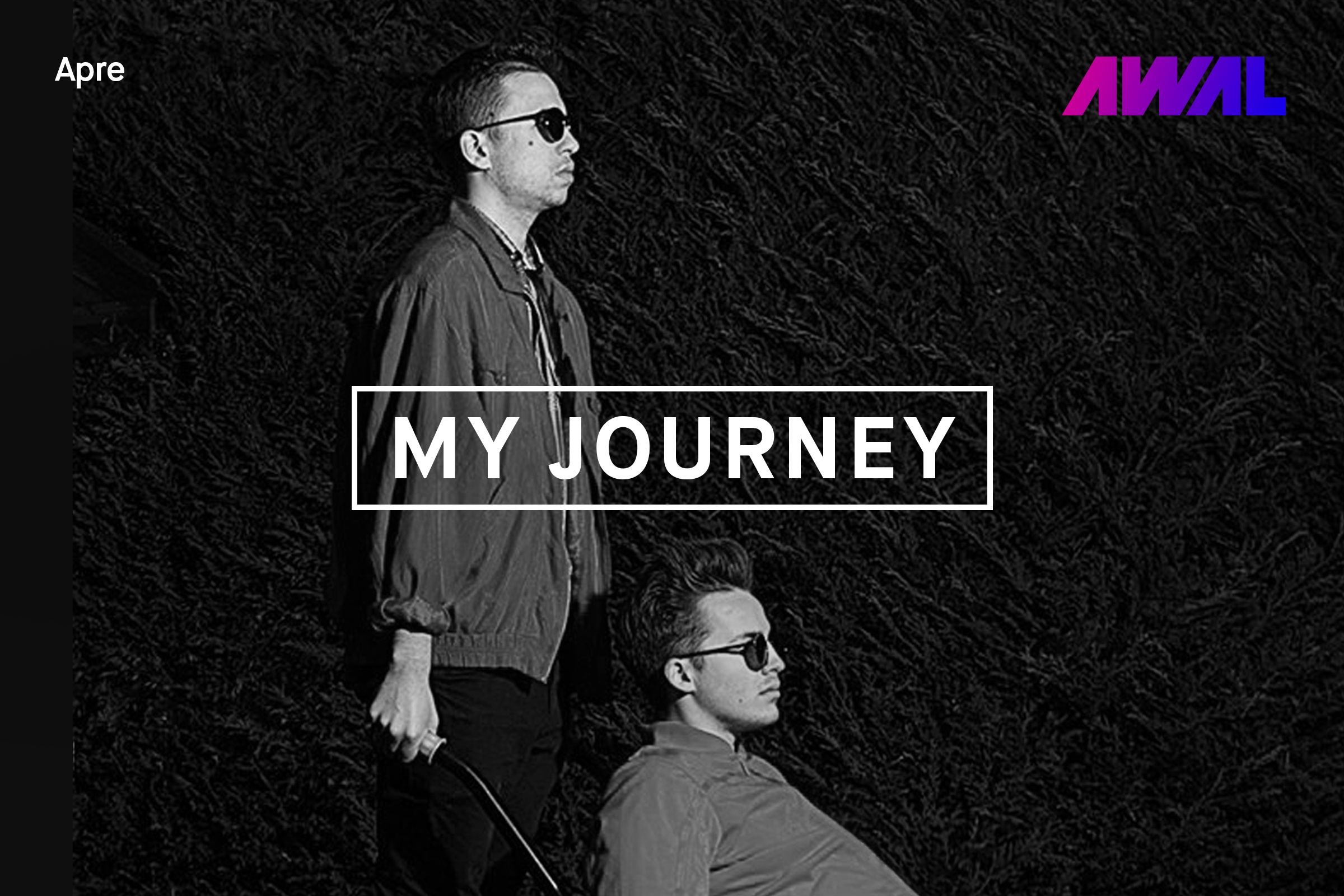 Getting to #1 on Hype Machine with Apre

The release of a first single is a huge deal for any artist, and for the ’80s-inspired alt-pop duo APRE, its timing with their appearance at this year’s Great Escape festival makes it that much sweeter.

That single — “All Yours,” which DIY magazine says “harks back to the fiddly, jumpy rhythms of 2000s-indie heroes” — is taken from their forthcoming debut EP, due out at the end of May, right around the time they’ll take the stage at our TGE showcase alongside artists like Bruno Major, the Night Cafe, and more.

Recently, we chatted with APRE — aka, Charlie Brown and Jules Konieczny — about how they got together, what it was like recording the track and taking it to number one on Hype Machine, and what they’re looking forward to next.

Both of our families always listened to music and both of us learned guitar, drums, and piano by ear from an early age. Led Zeppelin, the Beatles, and Peter Gabriel brought our fascination with music further, and after a chance meeting at a chess club, we began to write tunes.

Talk us through your debut single release, “All Yours.” What was the most rewarding moment in regards to getting this release out there? The most challenging obstacle?

So far, we would say the moment Huw Stephens made it his BBC Introducing tip of the week along with being number one on Hype Machine, but overall, we are just excited to get this EP [The Movement of Time] out in May.

The most challenging obstacle of releasing “All Yours” was that the chair in our home studio got stuck and we couldn’t open the door.

With the lead up to the chorus stating, “I’ve been meaning to tell ya,” was “All Yours” written/created with anyone specific in mind?

No, it is simply about that first feeling you get when falling into love with someone, whoever the person may be.

What’s up next in your journey that you’re most excited for?

We have been working on our EP, which is coming out at the end of May, which we are very excited about. Also a few festivals this summer, such as Great Escape and Barn on the Farm, are going to be good fun.

Have you ever been to or performed at The Great Escape before?

No, we have always heard great things but never made it down Brighton way. Excited to bring APRE to the sea.

We may or may not be bringing our dance floor.

It’s a real pleasure. We are very excited not just to play on the beach but to be alongside some of our favorite new artists like Bruno Major and Let’s Eat Grandma.

To be able to do this as a job, because that’s just ridiculous.