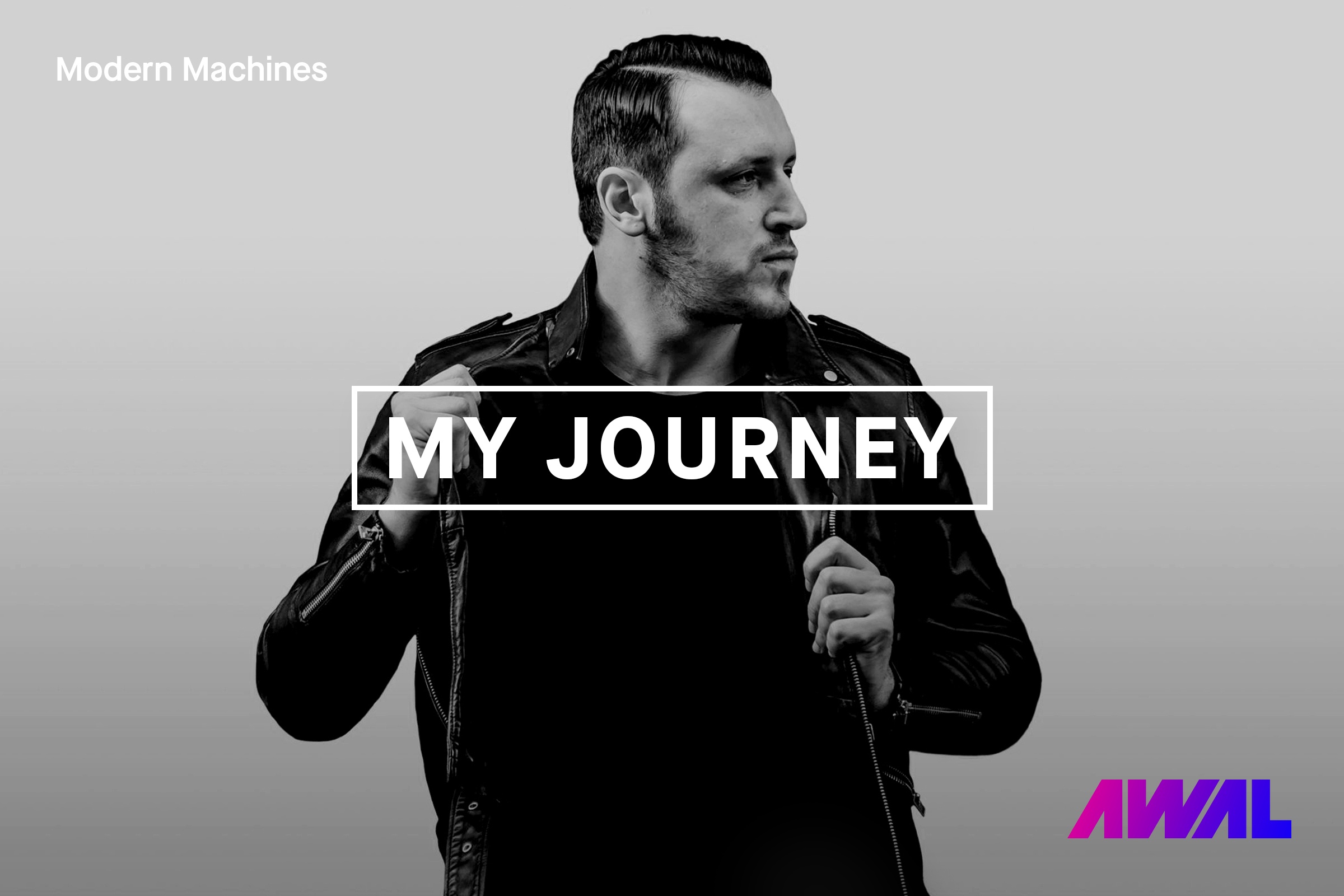 What Does the Future of Music Collaboration Look Like?

Thanks to today’s digital world, a wider variety of musical collaborations are taking shape between artists who might live continents apart. Some of them may never even have met in person. Swapping audio files, sharing lyrics, or trading ideas virtually is easier now more than ever.

Recently, AWAL artist and DJ Modern Machines joined forces with Ray Hodge, a soul and pop singer who caught his eye on YouTube. Together, the two crafted the track “Second Chances” without ever having sat down and played together in person.

We wanted to find out more from Modern Machines about this amazing collaboration, along with the path he’s taken to get there, his incredible resume of remixes, and where he’s going next on his musical journey.

Growing up in Brooklyn, I was exposed to a variety of music in the NYC music scene; from hip-hop clubs to metal bands. I grew up playing in awful punk rock and hardcore bands, and I played guitar and bass for different groups while touring the US.

While on tour, I started discovering dance music by going out to clubs after our shows. I saw the different DJing styles from state to state and city to city. When I got back to New York after touring, all I wanted to do was be involved in DJing and electronic music.

I’ve been lucky enough to see most of our country while being a touring musician and also seeing amazing parts of the world including the UK and South America. This year alone, I flew out to DJ special events in Minneapolis during the Super Bowl and got to perform alongside the Chainsmokers.

An epic highlight of mine: I was requested to DJ Dave Chappelle’s private birthday party. Moreover, being able to headline some of the best clubs in this country, such as Marquee in NYC and E11EVEN in Miami, has been huge.

Throughout my DJ’ng career I have performed with some of the biggest names in electronic music: Tiesto, Marshmello, Zedd, Adventure Club, and Steve Aoki, to name a few. It has been beyond humbling to have these experiences.

The past few years, I released music on various labels such as Republic, Atlantic, Armada, and made remixes for established artists like David Guetta, the Knocks, Krewella, and Post Malone. Having artists that I respect and look up to, like the Chainsmokers, Adventure Club, and Morgan Page, share my music via their radio shows or by playing tracks live and on SoundCloud has been amazing.

Honestly, the biggest highlight has been to just be able to do this for a living — to share music with people, to be able to travel and meet people who connect with my music. That’s really the highlight of it all.

On “Second Chances,” you collaborate with fellow AWAL artist Ray Hodge. How did you first discover Ray and his music?

I discovered Ray randomly digging on YouTube. I heard his song “ I Am King” and instantly thought: “I have get in touch with this dude ASAP.” A few months later, we were able to release “Second Chances”!

Is it true you’ve never met in person? If so, any plans to meet up?

This is true. We’ve never met! I sent him the instrumental and not too long after, he and his engineer recorded a vocal and sent it right back. I would love to meet up and hopefully perform “Second Chances” live at one of my next shows!

What are the opportunities and challenges of collaborating with someone you’ve never met who might live far away?

I love being able to collaborate with anyone in the world. It’s pretty amazing that you can send someone files and then eventually have a record together.

I honestly don’t see any challenges. Advances in recording technology and file sharing and access to services like Dropbox and Splice have made collaborating easy. Most of my remixes/collabs, from huge artists to music I’ve made with local friends, have been done that way. Sometimes it’s just hard to coordinate schedules to record together.

You took a bit of a break between your last releases and “Second Chances.” What led up to that, and how did you decide the time was right to come back?

Last year, I took a break from music production to work on building my DJ foundation. I was presented opportunities to travel and play special events. As a music producer, if you’re given a chance to travel and play your music live, you jump at the chance. I was able to perform with the biggest names in music.

Moreover, it gave me the opportunity to become inspired and think of new ideas for my music. I had a period where I felt insecure about my music, and a way to get my music heard was performing it live.

Luckily, I’m surrounded by incredibly talented people and just hearing friends put out incredible music got me inspired again and made me want to create new, fresh music.

Besides creating your own tracks, you also remix others’. What goes into each process? Do you prefer one over the other?

I think having an original track is extremely special, and I’m very proud of my latest track, “Losing My Mind.” However, I LOVE remixes because being able to bring your own flavor on a track that you already are a fan of just gives you so much room for creativity.

The process has been different for every single remix or original I’ve ever done. Sometimes, I’ll hear a chord progression in my head. Other times, I’ll be noodling around on guitar, or maybe I might hear something on TV or blasting out of a car.

Inspiration can strike at any time and I always just try to have my ears open and hopefully my hands can respond to that. For example, when I worked on the David Guetta remix, the C.B. & Axe Gang sample that they used caught my ear first, and the remix kind of evolved from there.

Talk about your latest collaboration with Sugarwolf on “Losing My Mind.”

I met Sugarwolf through my friends in the band Saint Slumber. We did a track together called “Hazy” (which also came out on AWAL!). I was looking for a vocalist on a instrumental and Josh from Saint Slumber told me he knew of a girl that would be perfect.

Well, he was right! She is extremely talented, and she killed the vocal on this track. I couldn’t be happier with it and hope it can top my last song on Spotify!

If you could collaborate with anyone — past or present — who would that be and why?

Imogen Heap. I love the way she layers her vocals and harmonies. There is no one like her vocally. A few months ago, I did a remix of her song, “Headlock.” I would love to be able to do something from scratch with her.

I also really love what Lauv has been doing lately! His vocals on “Chasing Fire” really struck me. I think that would be a fun collaboration as well.

What’s coming up next for you?

What is your ultimate dream as an artist?

I’d love to be a touring DJ at clubs across the US and hopefully, one day, festivals. That’s the ultimate dream for me. I want to produce music, record with talented people, and play my music live around the country.

I love meeting people and touring provides you the ability to take in all the culture. I’d love to go DJ in Japan and Thailand if anyone is asking!

It has been awesome! I recently went to the AWAL event at Baby’s All Right and met and saw some fellow AWAL artists (which again got me inspired to work on even more music). It’s just awesome to work with people who UNDERSTAND musicians and the culture of music. The staff and guests were welcoming and helpful with advice.