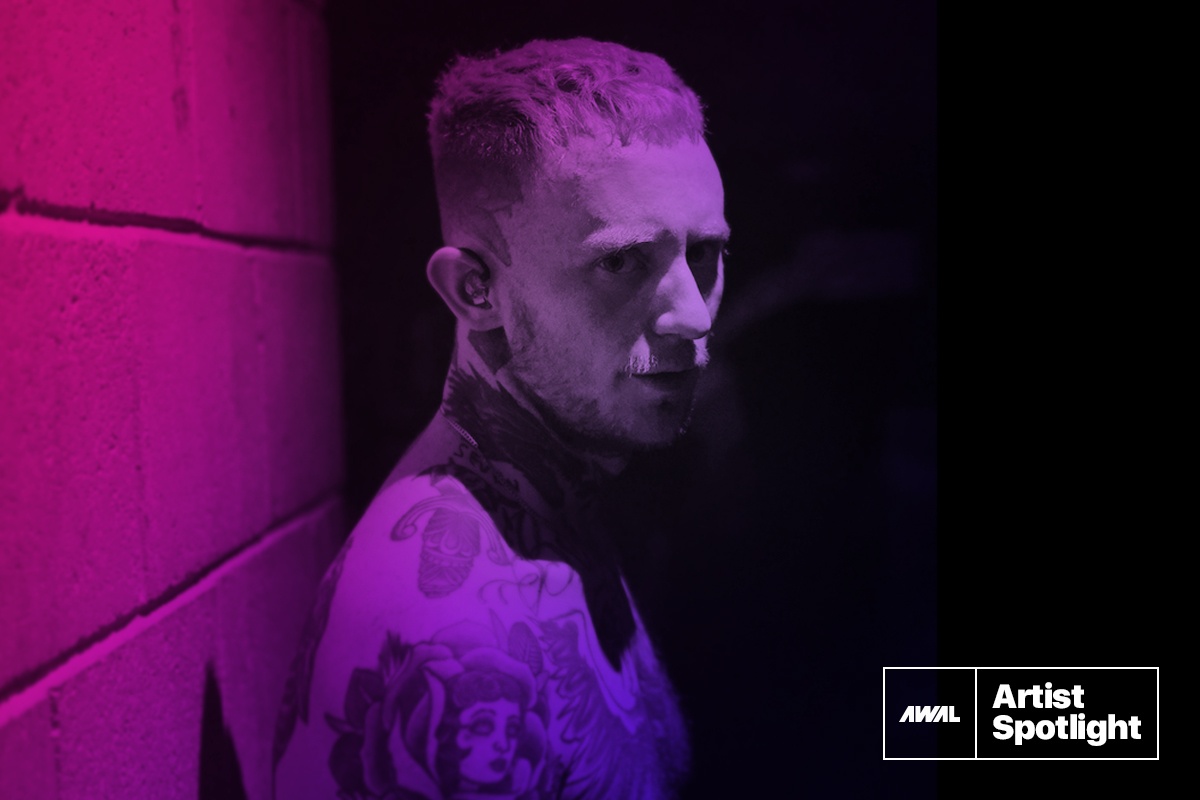 How to be Unashamedly & Unapologetically You with Frank Carter

Frank Carter not only spent the better part of a decade navigating bands — first as a member of the hardcore-punk group Gallows then with a turn in the alt-rock duo Pure Love — but also labels. After getting signed to a major as a member of Gallows, then recording on another label with Pure Love, he made a massive departure when he went out on his own with his bandmates, the Rattlesnakes, in 2015. He went independent.

“I’m telling you now,” he said at BBC Music Introducing hosts Amplify last October, “I’m living proof: Get dropped by as many record labels as you can. It’s a beautiful thing. It really is…. I probably will never see any of the [money for the] records I made in Gallows ever again unless I have a hit, and I’m able to buy them back. Because they’ll never recoup.”

Long before he was ever on a label, Carter dreamed of becoming a tattoo artist; in fact, he currently splits his time between music, tattooing, and art. Once his music career got rolling, Gallows’ albums Orchestra of Wolves and Grey Britain, along with their intense, immersive live shows, transformed him into an enigmatic frontman.

Photo above by Ed Mason.

In 2011, however, Carter left the group — which included his brother, Steph — citing creative differences.

The same year, Carter joined forces with American guitarist Jim Carroll to form Pure Love, a walk on the pair’s more melodic side. “Jimmy and I both love rock music,” he said, “and that’s what we wanted to make. Something that was confident and that was fun. And went, kind of, against everything we’d ever made. Because that was exactly what we needed in our lives at the time.”

Undertaking such a massive musical shift was a challenge, but it also represented a philosophy that Carter holds near and dear: the right to reinvent yourself as an artist. “I think if you limit yourself to writing about a single emotion, you trap yourself in that feeling,” he said.

Though Pure Love was semi-short-lived, it produced an EP and full-length album, Anthems, but it was because of his experiences dealing with labels during these years and those spent in Gallows that Carter finally decided to go a different route with the Rattlesnakes.

The band’s first album, Blossom, released in 2015 via Kobalt, signaled a few nearly instantaneous changes. “It’s the first band where I truly went and was unashamedly myself,” Carter said. “We made a record that we wanted to make. And everybody got it because it was there on stage, and they were witnessing a person give everything he had to the performance.”

Even more importantly, Carter said, “That’s the first album I’ve ever made in my life that’s recouped.”

Currently, Carter’s music is released via his own label imprint, International Death Cult, serviced by Kobalt/AWAL. Because he’s not beholden to a major anymore, Carter has full control over not just creative decisions regarding his career but also, more critically, his rights.

These types of deals, Carter predicted, are “100% the future,” mostly because they require artists to truly prove their mettle. “If a record label services company is giving you money to market your band, to put you in all of the right places, then you are literally living and dying by your own sword. It all relies on you to get out on tour, to play, and to prove why you’re worth that.”

The Rattlesnakes released their latest, UK Top 10 album, Modern Ruin, via International Death Cult last year. After completing their biggest UK headline tour to date in December, the band is now on tour in Europe through April 2. As he moves to his next career reimagination, Carter imparted an important lesson to other artists who may be struggling to find themselves or break free from the “record label mentality.”

“If you are being yourself as unashamedly and unapologetically as you can be, there is such a confidence in that. It exudes out into the world, and people are drawn to that,” he said.

“You shouldn’t ever care about what other people think about you, ever. Ever. You do you, let everybody else do them. As long as you’re speaking from the heart and you care about what you’re doing, it really shouldn’t matter. If you play with passion and you have patience, you’ll get what’s coming to you, really.”

If you’re looking for a true partner to help you take your career to the next level, become an AWAL member like Frank Carter!