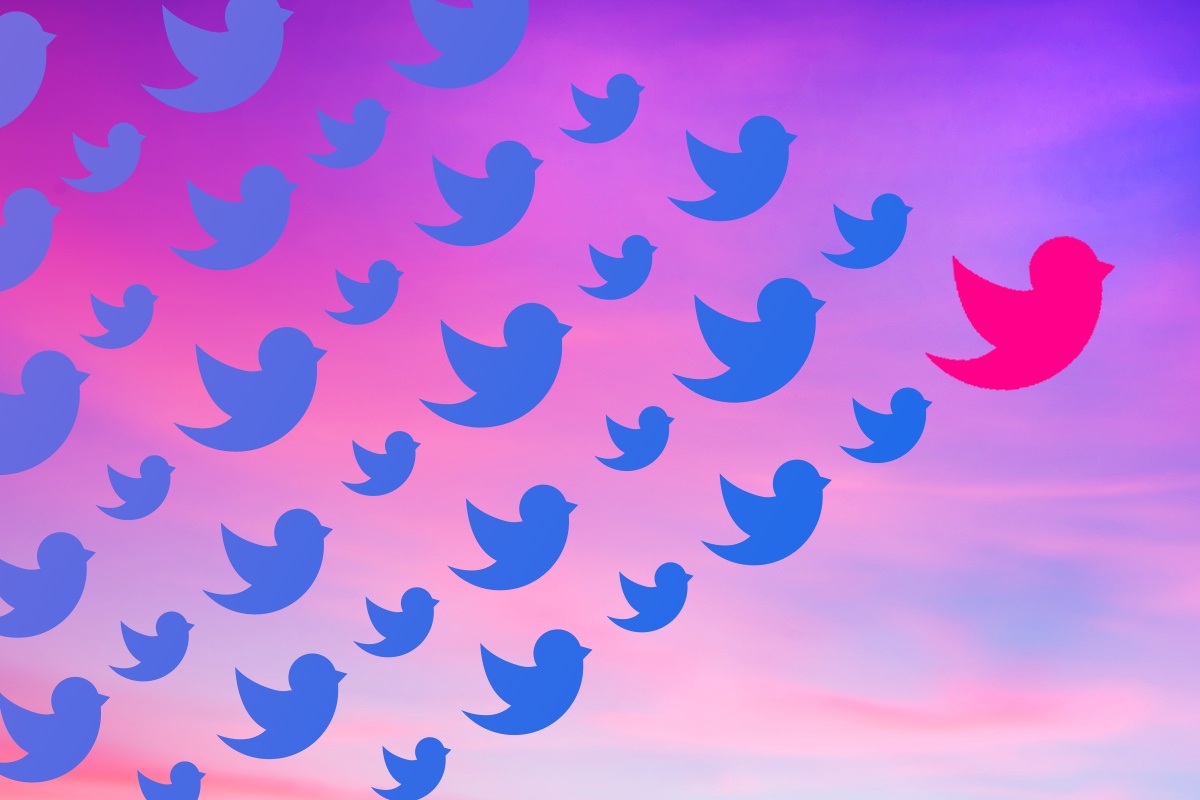 As of January 2017, Twitter has 317 million monthly active users. That gives you 317 million opportunities to add to your growing fan base. Having Twitter followers these days, or any social media followers for that matter, is a modern-day vouch for your character and craft. An impressive following proves to promoters, industry leaders, and potential fans that you’re worthy of keeping up with, and can draw a crowd as a musician. So, today, we’ll be diving into 13 tips for helping you break that 1000-follower mark in no time.

1. Choose a Twitter handle close to your artist name

This way, people can search for you easily when attempting to follow or tweet at you. The handle should also be similar as possible to that of your Instagram — don’t make your fans memorize too many unique things about you. Consistency is key. See below for a good example with R3HAB, who uses the same exact same name on both his Twitter and Instagram, for a good example:

2. Have a high-quality profile photo

Perhaps the same image used on your Spotify or Soundcloud so people recognize you. Keep it clean and simple so people know you’re legit (and professional).

R3HAB’s profile photo is successful because it’s high quality, and his image takes up most of the circular frame. Make sure to follow Twitter’s current guidelines for photo resolution and size. Sprout Social updates guidelines like this regularly in one aggregated place.

According to a Buffer Social analysis, tweets with images are likely to get twice as much engagement compared to those without. People were also more likely to remember the information in the tweet when it accompanied an image, which means people will think and talk about you more. You can tweet photos, videos, screenshots, GIFs, memes, links, and whatever other forms of digital media you enjoy. The possibilities are endless, and you should take advantage of them.

4. Text tweets should always be concise

According to the same Buffer social study, the most popular tweets are actually between 110 and 120 characters.

5. Hashtags are your friends

They’re an easy way to reach an untapped fan-base to gain more visibility and followers. For example, anyone can search the tag #NewMusicFriday and discover something of yours.

Don’t forget to use #TBT (“Throwback Thursday”) or #FBF (Flash Back Friday) as an excuse to post recap videos of old performances, or links to stream songs released years prior. Other popular hashtags for artists to keep in mind are #MusicMonday, #NewMusic, and #NowPlaying.

If someone looks at your timeline and you haven’t tweeted in a week, users won’t be interested in wasting a follow on you — whereas if you tweet all day long, you’ll just take up space on their feed. Stay relevant and engaging, that you’re worthy of a follow, but not overbearing — like you might act like on a first date. Buffer Social, a social media scheduling app, recommends tweeting about 3 times per day to get the most engagement.

Buffer has also collected data about when the best time of the week or day to tweet is. According to their study, users engage up to 14% more with Twitter on weekends, and during the week, retweets are highest around 5:00pm. It’s likely you won’t be getting any engagement at 4:00am on a Tuesday morning in your timezone, for obvious reasons. Now these timings may vary a bit depending on your specific followers but these are great guidelines to consider.

Now, there isn’t an exact science to this — but if you tweet something sympathetic enough for a user to feel proud enough to post it on their own timeline (i.e. words of advice, creative inspiration, or a funny feeling you have that you know others share), you’ll get retweets, and thus more visibility and subsequently more followers. But make sure to stay genuine, or Twitter will see right through it. One particular AWAL member, Michael Brun, is a prime example of utilizing this tactic well. Check out these 2 tweets below:

When looking at his profile, these 2 tweets got much higher retweets than all the others. Both tweets can be related to by a lot of people.

Retweet contests are extremely popular ways to get those retweets really rolling in. Many artists or social media influencers promise things like DMs, Skype calls, and even sometimes meet-and-greets. Give a little and get a lot of visibility and potentially new followers.

10. Being negative or mean is always a bad look

Hate-filled or aggressive messages can 100% be a turn off. It’s important to keep things honest and stay true to yourself, but being overtly negative or talking smack can definitely deter potential followers from your page.

Engaging with others on Twitter is important, especially those in your circles. Letting artists similar to you know that you exist by showing your support for them over Twitter is a great way to gain support, and maybe you’ll get discovered. You also can gain new fans if a bigger artist tweets at you. So, for example, if you’re not following AWAL… you should jump on that!

In line with staying true to yourself, make sure your tweets are more than just straight promos about upcoming releases, shows, merch, etc. You need to make sure your mix of social content is fresh. Fans follow you on Twitter to also learn more about who you are as a person. Sprinkle in a bit of personality (like we discussed in number 8). You can, and should, certainly promote yourself on Twitter but it’s important to remember there’s always balance.

Hungry for more tips on how to grow your fanbase? Sign-up for our newsletter and get posts straight to your inbox!