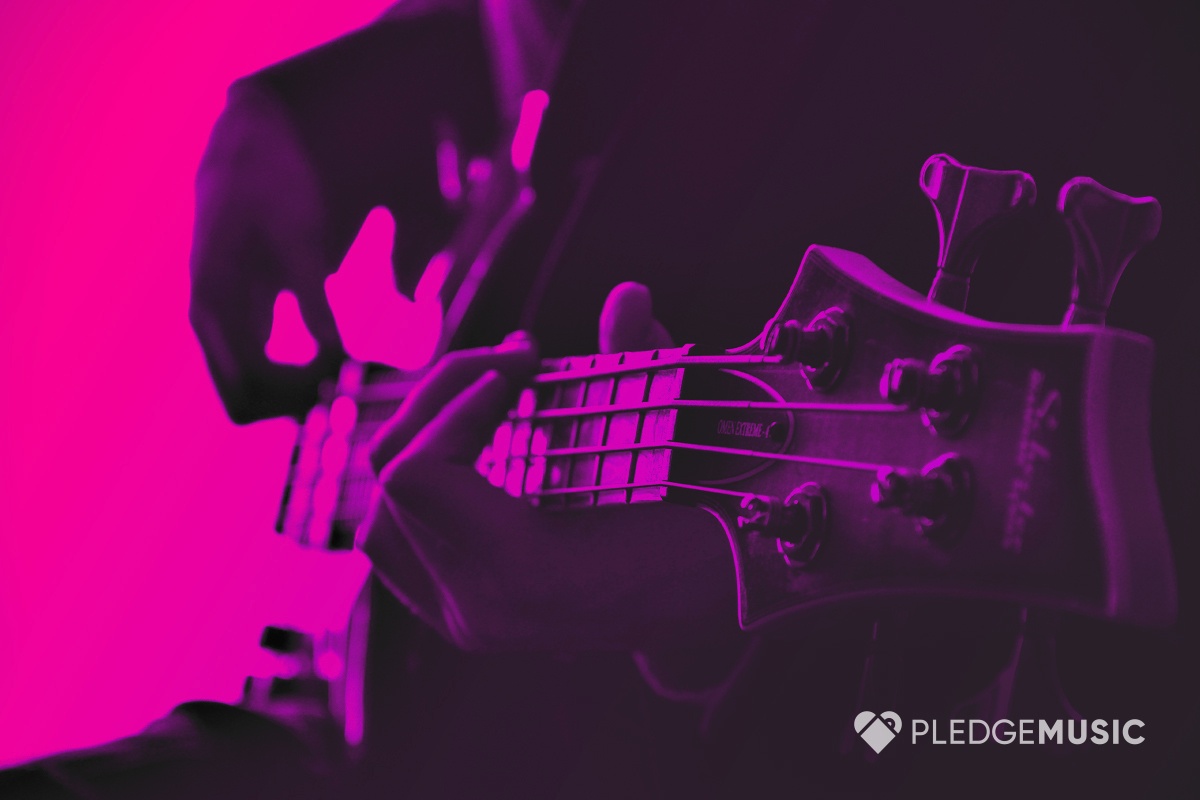 One major roadblock many independent artists encounter when releasing their music is funding. It’s no secret that putting together a marketing strategy, promotional events, and creative assets — not to mention the actual recording process — can be expensive depending on an artist’s vision. Where will those funds come from?

In the digital and social-media age, it’s becoming more and more common for independent artists of all shapes and sizes to fan- or crowd-fund their music, turning to their fans, friends, family, even strangers to support them with a donation. Crowdfunding itself has grown to massive proportions; in 2017, the global crowdfunding industry was reportedly at $34.4 billion and there are plenty of useful platforms for artists to explore.

Alongside funding music and projects, fan-funding is an excellent way for fans to get invested in what artists are doing. PledgeMusic, for example, is a direct-to-fan platform with a 90% project-completion rate that bills itself as more than just a crowdfunding site. “We are primarily focused on music and music alone,” says Luke Arthur, Organic Campaign Manager. “We’ve got a community of over three million users who are all music lovers.”

For over eight years, PledgeMusic has offered up everything from private concerts to signed merchandise and beyond as rewards for fan pledges. In that time, the site has built that devoted community of Pledgers who might have been attracted by some of the big names on the platform — at the time of this writing, legends from Judas Priest to Jimi Hendrix were using PledgeMusic to fund campaigns — but who then turn to helping independent and less-known artist hit their goals. The company’s in-house team also takes a hands-on approach to helping artists make the most of their campaigns.

Because so many independent artists fan- and crowdfund a variety of projects, we asked Arthur and Joe Morrison, Senior Organic Campaign Manager, for their best tips to successfully fan-fund any campaign.

1. Put in the effort

Like many things in music, fan-funding isn’t a “set it and forget it” operation. In many cases, the more you put in, the more you’ll get out in terms of support. And what makes most campaigns successful, Arthur says, is a major common denominator: effort.

“More than anything,” he says, “the artists that perform the best are the ones that are willing to put the time in and be able to appreciate that the fans are the lifeblood of their work. Their album, tour, EP, or whatever they’re crowdfunding is not going to be a success without these extremely committed people.”

Although PledgeMusic sees many successful campaigns by big-name artists funded, Morrison says all it takes is an engaged fanbase, even if it’s a small one. “A crowdfunding project, when boiled down, is an exaggerated form of social media where you are just to trying to engage people in order to get on board and be excited by the content you are putting out.

The great news is that it truly doesn’t matter if your fanbase consists of 50 fans or 5,000 — what’s most important is how invested they are in your content. In reality, a small fanbase of diehards will get you further than a massive fanbase of passive listeners. “If you have that relationship with your fans where you are happy to talk directly to them,” says Morrison, “it is going to translate into a successful PledgeMusic campaign pretty much 100% of the time.”

3. Make your project stand out

Visuals are a great way to set your campaign apart, says Morrison. The picture you post with your campaign, your intro video, even the types of rewards and merch you offer can affect whether or not someone supports your campaign. In some cases, these elements can even compel someone who’s totally unfamiliar with your music to support you. AWAL members Aly and AJ do a great job of making their page pop with a mix of stunning visuals, a manicured video, and personal “featured item” offers.

According to Arthur, a simple, easy way to make your campaign stand out is to create a “narrative.”

“[By creating a fan-funding campaign, artists are] not just creating an album and asking people to pre order it. They are opening the door and letting fans into the entire process from the first writing sessions to the first studio session all the way through to designing artwork and every other facet of that process.

“Carrying that narrative through the campaign is what gets a lot of people interested and makes it more than just a standard reel that you could see on a normal website.”

Pouring time and energy into a fan-funding campaign only to have it not reach a lofty goal is, of course, demoralizing. “We very much sit on the side of, ‘Set your target as realistically as possible,’” says Arthur, “simply because success has to be the main prerogative of the campaign. Making sure you secure those funds that actually progress the project and allow you as artist to move forward.”

In order to calculate a realistic number, set a budget first based on what you actually need to accomplish your goal — not based on an exaggerated amount of what you think you’ll be able to raise. One very important reason to not overshoot a funding goal is because many platforms, PledgeMusic included, are “all-or-nothing,” meaning that if the full campaign amount isn’t raised, the artist doesn’t receive any funding at all.

Before a campaign starts, the PledgeMusic staff go over an artist’s entire plan, including the project’s goal, to make sure it’s achievable. They also stay in touch throughout the campaign and, says Arthur, can adjust the timeline and other factors if an artist is close to reaching the goal but only has a few days left, for example. Overall, however, the PledgeMusic experts highly suggest starting off with an achievable number to begin with.

As you might guess, fan-funding a major tour is pretty different than an EP. A major difference lies in the project timelines. For example, Morrison is currently working on projects in which the goal is to get independent artists from the UK to SXSW. As the fest is only a month away, his recommendation was creating “easy to manufacture and easy to fulfill items” that could serve a “short, concentrated burst.” Vinyl, for instance, isn’t a great choice for short deadlines because it has a notoriously long lead times.

“Usually, a lot has been put in place already before the campaign has even got going,” says Morrison regarding tours or live shows. “That means that we have to ensure targets are hit and things happen before a certain time in a much different way than with an album campaign…. It’s a case of giving fans something extraordinarily exciting and they want to engage with, but keeping it simple and doing things that aren’t going to rock the boat too much.”

Above all, when fan-funding a project, independent artists should realize that even though fans and others are supporting their work, it’s crucial that they’re giving something back in a mindful way, whether it’s a simple pre-order or a private house concert. Know your fans and what might excite them, get them engaged, and have fun with your campaign.