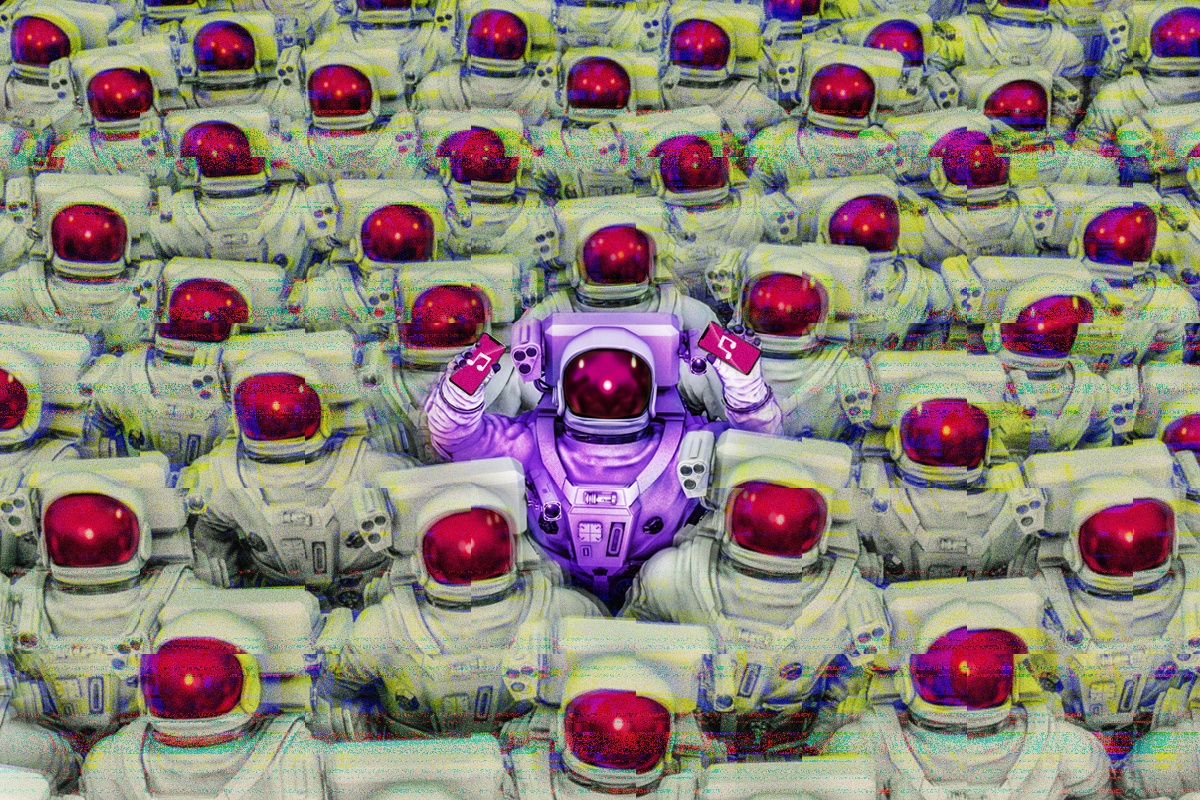 However played out the term “influencer” may feel, its associated marketing techniques have graduated from media’s Wild West to rapidly resemble a structured system. An economy has emerged from this collision of big data and big stars, the perfect storm for savvy artists and companies to execute next-gen campaigns.

We’ve lived in a viral world for years now, but it’s no less enjoyable to watch something snowball across continents. The ethereal, cultural beast takes many forms—from dances to dancing dogs—but the end result swallows attention all the same. At its best, virality strengthens the social fabric binding us together. With that said, times are changing. Witty tweets, endearing videos, and star-studded photos  still have legs, but calculated rollouts are beginning to supplant surprise hits. Incentives begin to explain why.

Traditionally, every great craze slides over its tipping point and lands on the desks of local news anchors, eager to inform parents what their kids are up to, which then stamps an expiration date on said craze. Today, trom synchs to partnerships, the sellout stench—once a probable side effect of artist’s commercial maneuvers—has waned. Quality content is quality content, no matter the source. This is doubly true for influencers.

“People care much more about what other people think than about what brands think,” says Jordan Pories, an art director with experience crafting ads for global companies.

Data supports his assumption. According to Ad Week, two in three consumers trust branded content over traditional ads. “Sponsored” no longer stands for “intrusive” as more brands mix commerce with culture. The logical sum of social media consumption and celebrity worship, then, is native advertising, which has entered unprecedented territory on the backs of influencers. An image featuring a pair of notable Instagram users represents, in 2018, a co-brand alliance. That seamless, implicit pitch—you care about me, therefore you should care about who I care about—applies to products, services, and (drumroll) music.

Advertisers don’t need convincing. CPM—a common benchmark defined as the cost of obtaining 1000 impressions, or 1000 sets of eyes, for your content—hovers between $45 and $60 for television. Meanwhile, some major social influencers deliver 1000 impressions for an average cost of $20, per Ad Age’s findings. It’s stats like these that led 78 percent of surveyed fashion, luxury and beauty marketers to work influencer tactics into their brand strategy last year. As with anything, however, there’s a difference between doing something and doing it well.

“Your dollars are wasted if the native content you make doesn’t feel as compelling as the influencer’s usual feed,” Pories argues. “Vince Staples is great at promoting Sprite because he keeps it very on-brand. It’s self-aware, self-deprecating. He doesn’t pretend he’s not shilling himself out to Sprite. It’s funny and works for both parties. It’s really no different than having a celebrity endorsement, but instead of putting a celebrity in a brand’s ad, the brand is fitting into the celebrity’s regular stream of content.”

“Influencer marketing is like a new form of native advertising. The wrong way to do it is just to see a bunch of followers and say, ‘Oh I’ll spend £5,000 to reach that audience.’ It has to integrate into what the influencer is actually known for. You have to think about your artist’s story, the music they make, the audience they’re trying to reach, and what they care about and match that with the influencer’s approach to content and engagement.”

Localized targeting has picked up steam in the wake of increased demand for direct fan access. Micro-influencers—social accounts with 1000 to 250,000 followers—offer more affordable, grassroots entry points for marketers to make a lasting impact. Smaller accounts tend to boast higher engagement rates than their massive counterparts, in part thanks to the badge of honor that comes with supporting talent early. Artists and teams hyper aware of their probable audience will find it easier to identify the right partners—both individuals and networks.

“The Bleacher Reports and Complex’s of the world, those channels need music in their content,” Bogucki explains. “If you’re an independent artist who owns the rights to your music and you make music that goes well with basketball highlights or prank videos, it’s worth attempting to start a dialogue. Those channels need music to synch, and getting rights clearance from major labels and publishers is very difficult. You can save them time and money but still secure big opportunities for you.”

New tech solutions have blossomed in this budding ecosystem. Facebook-owned CrowdTangle tracks real-time metrics across multiple channels (including Instagram, Reddit, Twitter and YouTube) to spotlight high-impact shares, helping artists recognize their biggest evangelists with a free Chrome extension. Major media companies like Vox have even used CrowdTangle to test content topics and strategies. If a social post or article outperforms the average, it receives deeper exploration in the form of a video clip. Creators can benefit from the same methodology.

“Our goal with Eazi was to develop his audience in Latin America and Brazil so we identified about 20 Latin American dance influencers through Upfluence. Usually the best way to contact them is through Instagram DMs via the artist’s channel. Once we initiated contact, we made four or five really strong bits of content of people dancing to the music and then put ad spend budget toward those clips. A week or so later we had a million views on the YouTube video. Eazi then us sent over a YouTube breakdown of countries viewing the video and we found Brazil and Mexico in the top 5. Eazi had never had such a wide spread of views source on any previously. I believe a lot of that activity and exposure came from those tactics paying off.”

Where music meets multimedia, legal conundrums trail close behind. The Federal Trade Commission requires any endorsements or testimonials to include explicit acknowledgement of their promotional nature. In other words, people can’t use their platforms to make money selling things unless their viewers know the content is sponsored. Theoretically, this could also apply to music. When influencers require music for their visual posts, they should treat it like a synch license, buying the right to include your art in their material. We enter the grey area when artists pay influencers, much like a streetwear company might compensate an artist to rock their shoes.

Time will solve lingering pain points and unclear regulations. Until then, artists and teams can pinpoint potential fans and target them with the help of other creators. The next generation won’t blink at our aging stars, ad blockers will render a chunk of online promotion obsolete, and cable cutting will do the same for network media buys. Blockchain platforms might emerge that reward users for sharing content, intrinsically linking, for everyone, influence with monetary value. Conversely, traditional gatekeepers might govern this burgeoning industry, applying old rules and standards to novel ideas. Whatever the future holds, artists with field experience will be well-equipped to tackle new challenges and tastefully expand their reach.