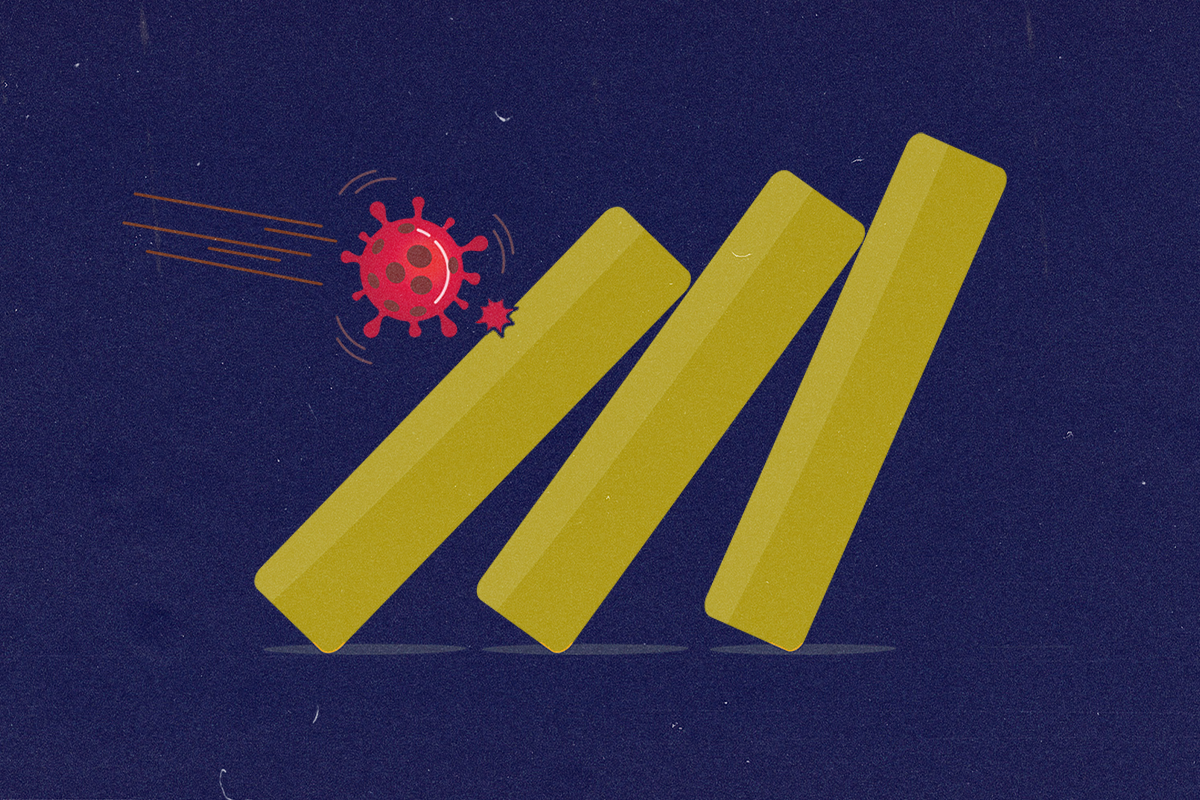 We’ve dedicated lots of HTML real estate on this site to the unsung heroes of road life. That trend continues today with Carl Pires. The professional night owl and warmhearted globetrotter has looked after stateside and international tours for hip-hop stars like Joey Bada$$ and Princess Nokia. Ditto goes for indie pop acts like Hiatus Kaiyote and Jack Garratt. He also manages the critically acclaimed Aussie songwriter Sampa The Great. The artistic growth he gets to witness in real time drives him through thick and thin.

“It’s a privilege to watch artists I work with evolve as humans and musicians, then being there as they step into the limelight,” he tells us. “My job is to problem solve and not panic in ‘oh shit’ moments. We have had touch-and-go visa moments. We have been strip-searched on the French/Swiss border. We have had generators die as the kabuki dropped at the beginning of the set. We have had flights cancel on us and artist’s voices go the day of the show. We have had tours cancelled due to terrorism, and tours cancelled due to family bereavements. As long as everyone is safe, healthy and the tour is running well (and to budget) then everything will fall into place – it’s not rocket science but does take a lot of emotional intelligence.”

Indeed, Pires thought he had seen it all. Shit happens when you’ve done 10 solo Euro runs, four summer festival circuits, and six tours across Australasia and Africa. Three-person sprinter with no production onboard? Check. 16-person sleeper bus with a full band and a trailer’s worth of lighting gear? Check. Then a fat-coated protein named Corona added the cells of humanity to its most wanted list. Carl was mid-tour when countrywide travel bans and other robust containment policies practically halted the live music business overnight. The logistical consequences of an unprecedented event ultimately fell on his shoulders to carry.

Carl was kind enough to speak at length about the short and long-term impacts of COVID-19 cancellations on artists and all the folks who make their shows possible. He also dished out lessons learned from pre-pandemic concert runs. Keep your notepads close, and reach out to Pires directly if you fancy.

You were on the road to kick off March, when COVID-19 was a real but still seemingly distant threat for lots of western nations. What precautions (if any) did you and the road crew take to try and keep folks safe? How many hand sanitizers were you carrying by the end?

By the end of the tour I had five hand sanitizers on me. I had also bought one for each of the crew. (I had 5 because they often went missing.) We were traveling by van so we were avoiding airports, although there was a boat we had to take from Stockholm to Helsinki that felt like a ghost ship. Cruises are weird places even during the best of times… The artist ‘Meet and Greets’ were handled with more and more precaution as the tour carried on.

After the first show, we postponed the Italy show as soon as they closed their borders, which was third on the tour. We were literally leaving each country as new regulations on crowds would come in, often the night of our show. We could really see the impact of COVID-19 in all the countries we were visiting. No one was sure how to handle the situation, or even whether having fun in that climate was appropriate.

What was the moment that everything changed and plans had to be called off?

When Trump started to close the U.S border, we called the tour. At this point, a majority of the cities were now starting to not allow gatherings of over 500 people. There was a mood of uncertainty and worry that peaked at that point amongst everyone — promoter / agent / management and touring crew.

Can you speak on what actually happened behind the scenes when the tour got cancelled? The logistics of negotiations, hunting down refunds, getting people home, shipping merch back? How did you help sort through the madness?

Being an ear for everyone on the tour was my first point of action — everyone was scared and needed some sort of reassurance. This was actually the third tour I’ve had cancelled in Scandinavia (once due to the Paris terrorist attack, where we were supposed to play a few days later, and once due to a family bereavement of the artist). I was prepared for any outcome.

Fights were immediately held with our travel agent as we knew they would be the first thing to go. Our van, with all our bags, was meeting us in Cologne, Germany for our next show (shout out Benny our driver) as the distance from the previous show was too great. We were flying from Helsinki with just an overnight bag.

We actually got picked up by our promoter at the boat terminal in Helsinki the morning of the show and he thought everything was still going ahead. I remember him asking me what time we wanted to set up and sound check. It all happened so quickly. Our agent spoke to the promoter within the time we checked into the hotel to freshen up. Almost right away we had to turn around for the airport to get everyone back to America, to their respective homes. The artist did a social media post in the car on the way to announce the cancellation.

I immediately let our driver know he would still be heading to Cologne as we had four boxes of merchandise to pick up. He would then meet me five days later in London with the merchandise and crew suitcases which I have now DHL’d back to the States.

Are you and other tour managers you know being paid by the folks you were working with? How far out do the cancellations go for one-off shows?

I did not get paid for the cancelled or postponed shows and travel days. I know a lot of other TM’s are not getting paid for the cancelled work. At the same time I was having the conversation with the manager of the artist I was tour managing regarding pay, I was having the same conversation with the tour manager of the artist I manage. I can really see it from both perspectives. We had a number of key press moments lined up for our U.S. tour. We had Coachella booked. I’m currently re-evaluating our next three years, excited and nervous about the changes we are being forced to currently make.

If these shows were being cancelled because of the artist, or any other reason than a pandemic, I think the general feeling would be different. Given the level of both artists, I think sensibility and general empathy and understanding for the situation prevailed and we were all able to come to an agreement. Cancellations are currently going right through the European Summer festivals (Glastonbury a big festival anchor just announced they are cancelling until 2021).

In general, what are the different payment structures for tour managers? Do you expect this pandemic to shift how TM agreements are structured?

Payment structures vary – there are a number of groups online that are currently calling for unionisation for touring crews. Tour managers are often not contractually protected.

In moments like this, you hope the relationship you have with the artist and management will help see you through — no one is making money when a tour cancels but at the same time, you have put time aside, budgeted this money coming in and now suddenly you aren’t getting paid. It’s a tricky situation.

The same way a hirer of lights may get paid for a tour, as they have a cancellation policy, the same way a tour manager should be paid – but COVID has provided different circumstances, particularly with insurance. A lot of artists don’t take out the specific insurance that a pandemic requires. A lot of this fell under Force Majeure.

What kinds of folks do you try to know in each city you tour? Do you have a burner?

I often link up with friends and local creatives who know the city well and can show us the best spots to eat and explore. I have a trusted barber, tattoo artist and vegetable seller in most cities.

Are there any tips / tricks / tools you’ve picked up and used over the years to avoid common mistakes made on the road?