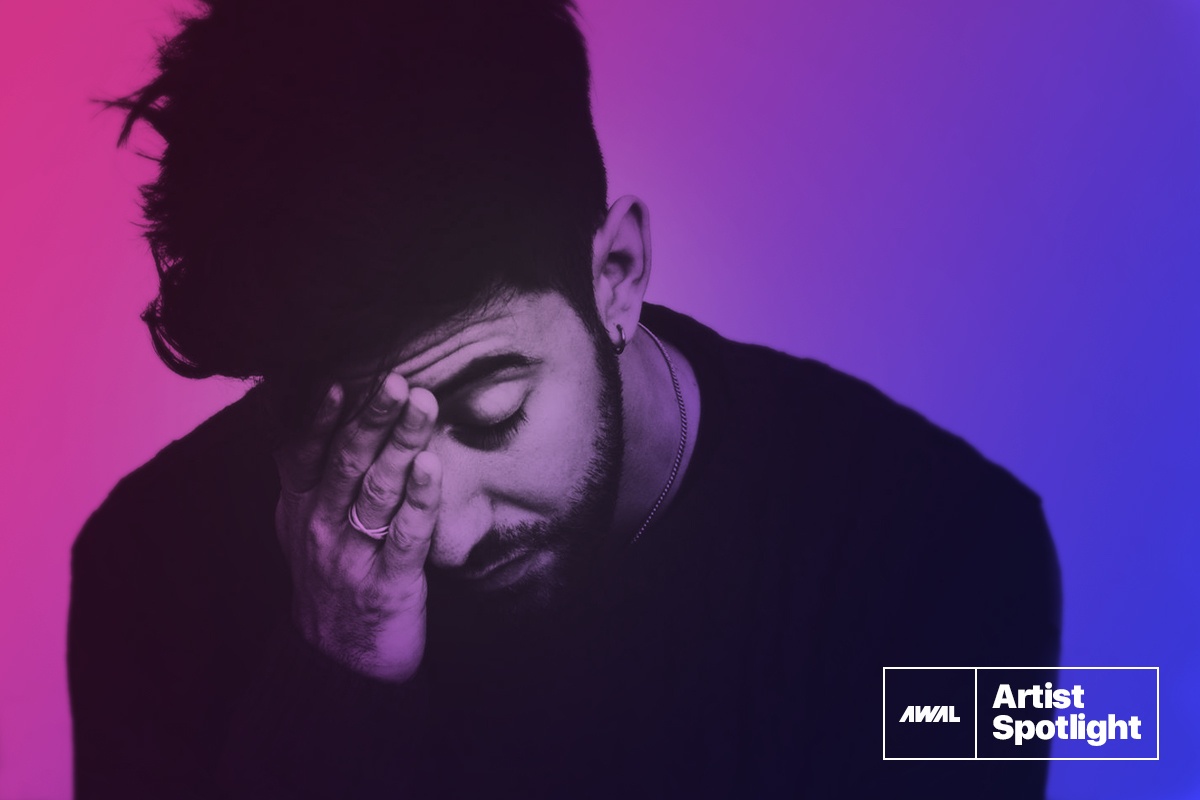 Bruno Major on How He Found Success as an Independent Artist

Some artists benchmark “making it” as the moment they sign to a major record label. That, of course, isn’t always the reality. For British singer-songwriter Bruno Major, getting signed meant being paid to write with his idols while creating an album in Los Angeles. His label at the time  hooked him up with “a giant record deal, a nice hotel room, and travel on a shiny plane.” He says it made him feel “like a huge deal.”

Then, to his astonishment, he was dropped.

“It was the worst experience ever,” he remembers. “When I made the album, they didn’t like it. It felt like my whole life’s work was just down the drain, and I never got to release the album. It was really tough. I ended up completely broke with no confidence in myself.”

It’s an unlikely beginning for an artist who’s earned upwards of 50 million streams to date and sold out shows around the world, includingmany upcoming stops in North America. Oscillating between the digital and tangible musical realms, the Northampton, UK, native creates chilled-out grooves on guitar and piano, augmented with effects courtesy of his laptop, which Major calls “the greatest instrument of all time.”

Growing up, Major developed an early interest in his dad’s guitars and began skipping school to tinker around with instruments. He also discovered a passion for language, provoking him to contemplate a writing career, but, at the end of the day, he stuck with his first love.

“I always knew I wanted to do music of some kind,” says Major, “but I didn’t know what it was within the music I wanted to do. It wasn’t until I wrote my first song, which was a real ‘Eureka moment’ of clarity, because it combined my two loves: music and writing, words and sounds.”

It was while working as a session guitarist that Major began to hone his skills and attract attention as an artist in his own right. Soon, that major label came calling. After being dropped, however, Major was plunged into a “dark time” that ignited his main creative motivator — “a fear of failure.”

He took what was left of his advance, bought Logic, and learned to create with the basics: a few instruments and a computer. Now on his own, he used YouTube as a resource on how to make records, called upon his friend, producer Phairo, to lend a hand, and got to work. The result was his latest release, the stunning A Song for Every Moon.

Composed over the course of a year, Major challenged himself to write, record, and release a song a month, often operating under a deadline — but always coming in under the wire. Eventually, he compiled them as a collection released last August. Major says the recording process “didn’t give me time to make something perfect. It forced me to make something and then put it out.”

“Every single song has something about it that I don’t like or that I would change now,” he says, “but that’s part of the charm of it. It wasn’t over thought; it just is…. It doesn’t sound as expensive as the music I made under my major label, but it’s better than the music I made there. It’s more honest, it’s more personal, and I’m way more proud of it.

“I wouldn’t have made it without that experience that I went through. I wouldn’t have been forced to go through that period where I had to learn to be completely self-sufficient and make everything myself from start to finish. In hindsight, looking back, I’m extremely grateful that it happened, even though it was the worst experience of my entire life.”

When it came to Moon’s release, Major worked alongside AWAL to execute his own creative vision. “If I wanted to release [a certain] song, nobody’s been like, ‘Oh, no, you shouldn’t do that.’ It’s like, ‘Okay, cool,” he says of his AWAL experience. “If you think about it, isn’t that what every record label should be? It’s kind of fucked that it isn’t the case.”

As Moon’s streaming numbers grew, Major’s next task became turning them into something “real and palpable.” “Spotify or Apple Music is essentially a passive experience,” he says. “There is no substitute for going out, playing shows, meeting people, and having real-life engagement with real people.

Through his streaming success, Major is crafting those real-life experiences by utilizing data to direct where he tours and what venues he targets. For “The Trio Tour” last November, Major picked the six cities that had the highest streaming numbers based on listeners and played there.

“I genuinely had no idea if anyone was gonna turn up,” he says, “but luckily, they sold out within a day, which was an incredible moment to know that these ‘Monopoly numbers’ actually have real-life ramifications.”

Now turning his sights to an upcoming US tour launching in February 2018, which has already sold out venues in Los Angeles, New York, Toronto, and Washington, D.C., among others, it’s obvious that Bruno Major has come a long way from signing and then parting ways with a major label only a few short years ago. His accruing successes from streaming to touring, on paper, fit the bill as criteria for having “made it.” According to Major, however, “There’s no such thing as ‘making it.’”

“Success is relative,” he says, “and what is really important is to enjoy, appreciate, and congratulate yourself on all the micro-successes you have along the way, because there will always be someone who’s more successful than you, has more money than you, more streams, more album sales, or is standing out bigger than you. And there will always be people that are doing less.

“If you make art that is honest, you can never fail because your goal is to make art. You decide when that art is created, and you can decide when you are successful.”

If you’re looking for a true partner to help you take your career to the next level, become an AWAL member like Bruno Major!