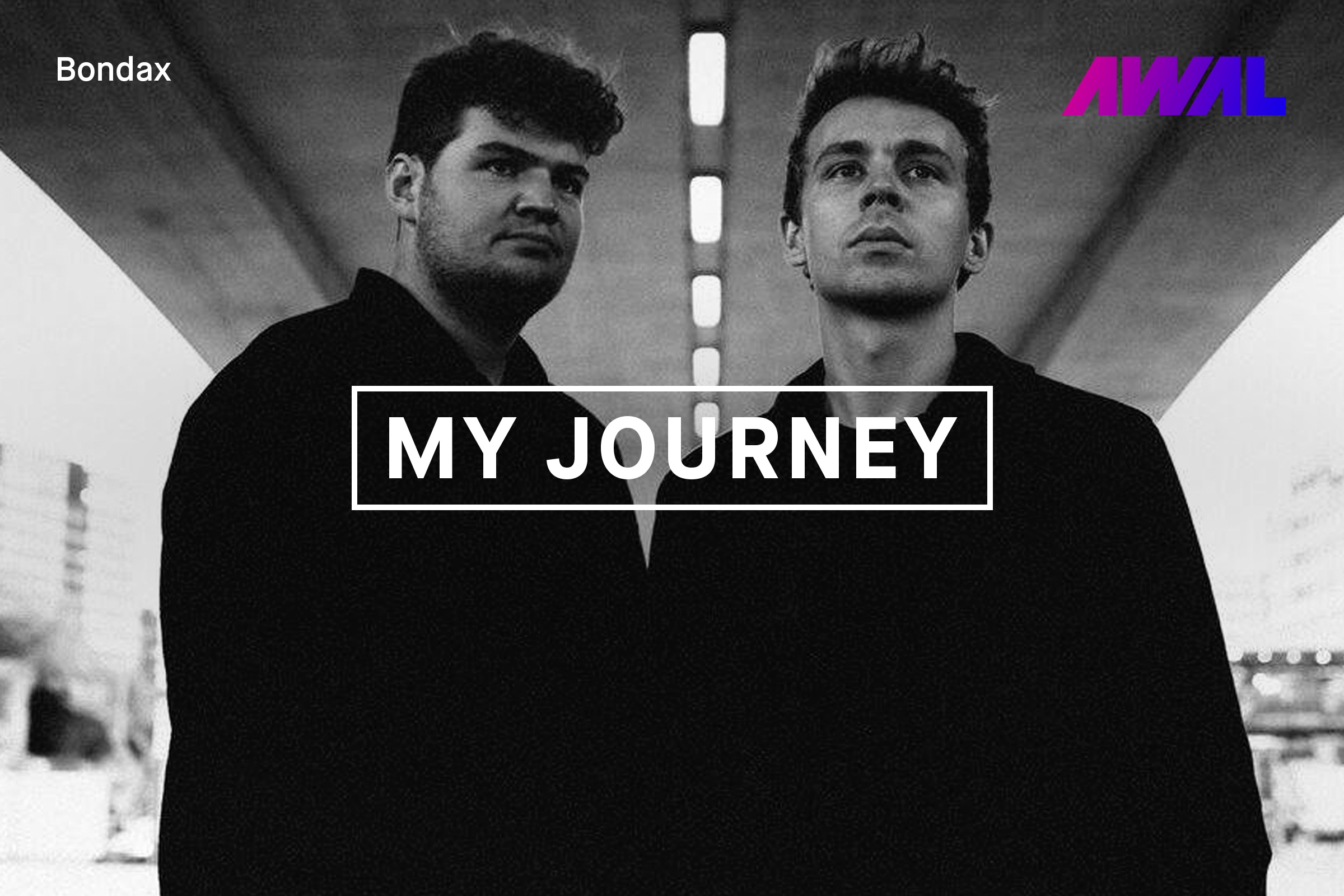 Diversified interests only add value in an age of incessant content overload, and the sentiment holds doubly true for an act fast approaching their years-in-the-making, full-length debut. AWAL spoke with the accomplished duo to retrace their fruitful journey—read the interview below

We first met at school, our journey began as we looked for a way to express ourselves through a different style of music we hadn’t been exposed to locally. We both liked funk, soul, disco & electronic music so it went from there.

Having travelled nearly every continent feels like an achievement we never imagined we would be able to say. There’s been many moments throughout touring but meeting so many different people & experiencing so many different cultures early on in our life is something that has had an affect on our characters – hopefully for the better!

The duo visit Uganda to provide free medical care but investments in the school & musical equipment for the local children.

You recently released your first single off your forthcoming debut album — “Real Thing.” After releasing singles and EPs the last 6 years or so, what made you shift to releasing a full album now?

It’s been a goal since we started producing music together on a serious level, sadly we’ve had hurdles behind the scenes that have slowed our release schedule. The release has been something of a journey in itself for us, it gave us the chance to explore different sounds & different techniques. To us this album is not chained down by any one ‘single’ it exists best as a collective piece – this is the album we’ve always aimed to make.

You say this track “completely changed the way you make music.” How so?

We’ve worked with a great number of different people on this album & implemented live instrumentation we’ve never before attempted to incorporate into our music so it’s been both a technical & creative step into the dark. The aim with the album was to make something that could exist outside of our era, some of the tracks literally reference the past & some look forward but all of them revolve around the same premise.

What’s the story behind the first single from your forthcoming album, “Real Thing,” and its video?

The track began as a love song & then reincarnated through the video. The lyrical meaning found new light with the visuals & we discussed how the video could implicate a love for oneself. Our good friends Rob & Jay (the videos directors) then took the idea of mental health (particularly male acceptance) & used the character’s paradoxical psychotic episodes to expose internal conflicts many men have internally. This seemed particularly pertinent to us, especially in such a judgmental time. The video & song are simply about self acceptance.

You collaborated with Andreya Triana on the track. What makes a great collaboration in your opinion?

In this case Andreya was someone we’ve always dreamed of working with so that’s probably good enough?! That question is honestly too large to answer, every collaboration is down to the context but in our opinion a respectful & warm rapport helps incredibly!

Your podcast, Recur, has gained quite a following. What inspired you to create a podcast? What has the experience been like?

We listen to a wide selection of music away from djing & it felt like a good place to talk to musical friends & play a number of tracks we otherwise couldn’t share as easily with our following.

Recur is also the name of one of your Spotify playlists — which has over 2.5k followers! What’s your philosophy behind this playlist?

Most of the tracks are from the monthly podcasts so it’s an easy way to find the music from those shows or just listen to our selection without having to endure our northern english tones!

What’s been the most effective way you’ve found to spread the word about both your podcast and playlist to actually build a following?

An honest approach to self promotion & good quality content. We don’t expect this podcast to have a huge impact on music but we put good time & research into the shows & over time we believe this will be something that people will want to tune in for.

Many artists focus on just making music, whereas you have not only done that but also created other forms of really engaging content, too. Do you think that’s an important thing for today’s artists to do?

Yes & no. We would never say that this is something you must do to be an artist, in our case it’s been natural to take these steps but quality music is just that & if that’s achieved by locking yourself away with no content at all until the next great piece – who are we to say you’re doing it wrong!

Great & hopefully it will grow from here!