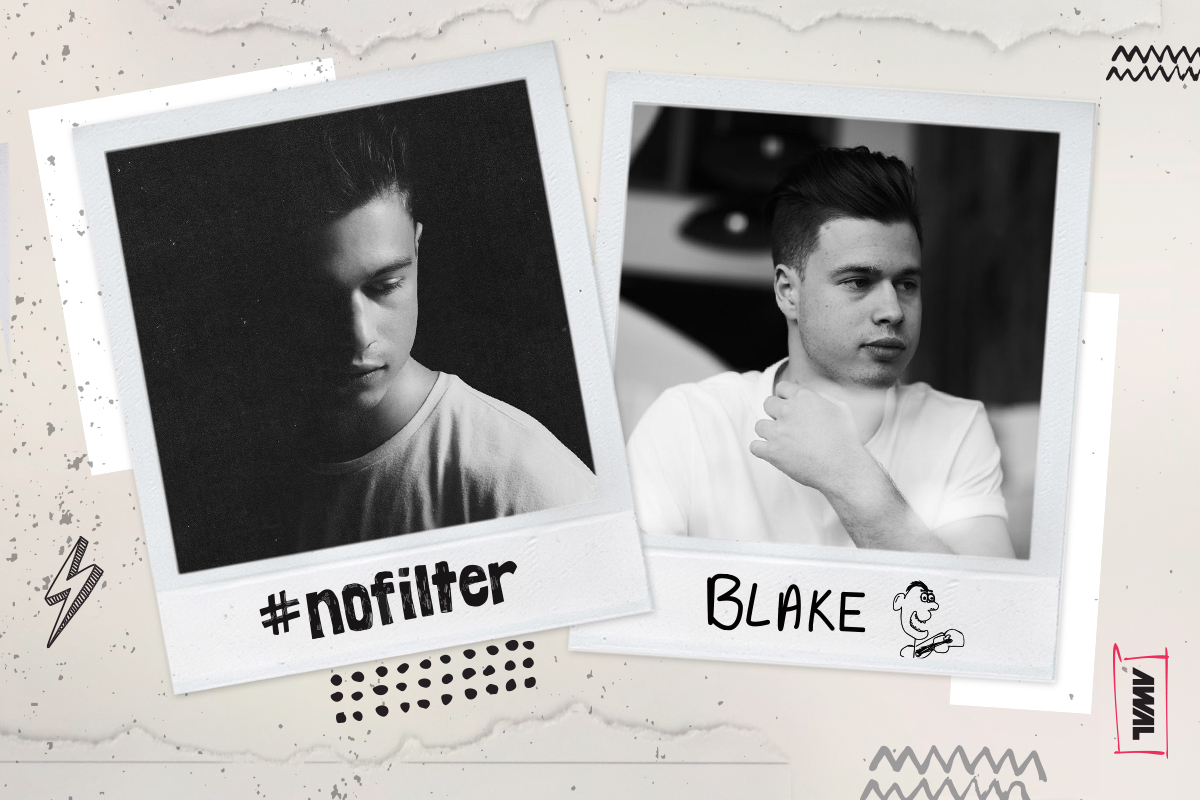 Aussie newcomer Blake Rose already sounds like he runs laps around radio. When you hear his charged, dopamine-rush production, his towering choruses, the intricate vocal stacks, it’s easy to forget the 21-year-old shared his first song just four months ago. Many doors have since opened for the Perth native.

“Hotel Room” and Lost” his sole releases to date, have racked up millions of streams between them. Zane Lowe just premiered the latter on Beats 1 in a few weeks ago. And the pop savant from Down Under now calls LA home, making big moves stateside. Things are moving pretty fast for the kid who dreamed about all of the above since he picked up the didgeridoo when he turned 5. Now he just has to stay the course.

Our team spent some time chatting with the guitar-handling, spicy-comment-drafting, retrospective-comeback-scheming Stranger Things obsessive about In-N-Out, big nipples (it’s not what you think), false promises, and lots more in the latest #nofilter. Get to know the real Blake and stream his new song while you laugh.

1). Some American / LA stereotypes that have held true since I moved to the US are…

The classic Hollywood celebrity lifestyle definitely lives up to its name (depending on where you go of course). A lot of fancy cars, huge mansions, models, famous people etc. Also it really is pretty much summer all year round.

2). Sometimes people make fun of me for….

A big nip is better than no nip?

4). The hardest music industry lesson I’ve had to learn would be…

This industry is full of empty promises. I learnt not to get my hopes up very quickly, especially after coming to LA.

5). If my best friends and I were trapped in Jurassic Park, I’d be the one who….

Thinks it’s all a prank.

I went through a brief phase of wanting to be a parkour athlete when I was around 10 years old. I tried to jump off a wall (was only about one meter high) and do one of those parkour rolls but managed to break my collarbone.

7). What do you think Chris Hemsworth is doing at this very moment?

Kicking back with a cold beer in his left hand and a half eaten beef pie in his right.

8). Who are the most underrated Aussie artists out right now?

9). Is there a question you wish we asked? If yes, answer it!

Check the newest smash from Blake, “Lost”, which has racked up nearly 2 million streams in less than a month.