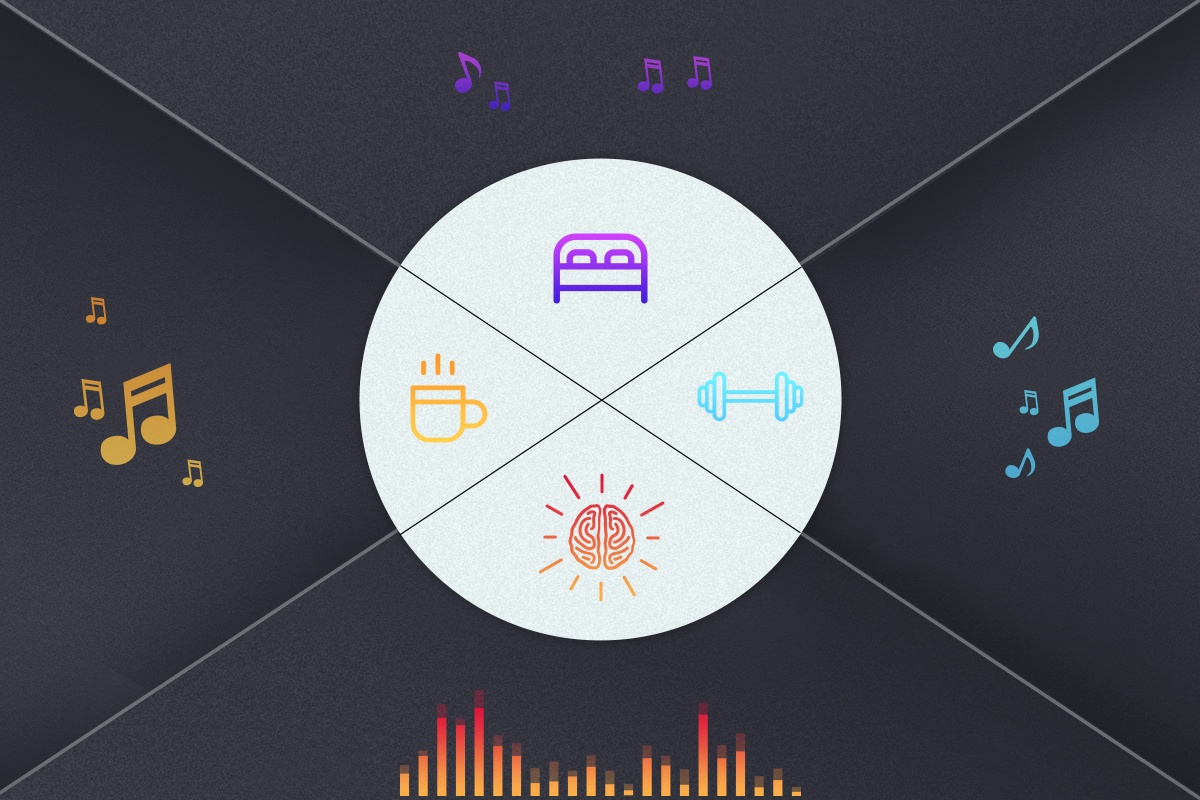 The Other Playlists: How Behavior Shapes Songs

“We should get good enough that you don’t have to take your phone out of your pocket to get the right stuff,” Echo Nest CEO Jim Lucchese told FiveThirtyEight in 2014, soon after Spotify acquired the Boston-based music intelligence startup. The corporate absorption would lead to Discover Weekly, and Lucchese’s offhand comment speaks volumes about the evolution of listening—and creating, by default.

The impulse to press play goes beyond random desire: Music augments reality, making even the most mundane activities blissful. For decades, fans have owned that process, choosing their own soundtracks. Now, in an era of streaming successes and socials, the music business has transformed into a moments business. What’s it all mean?

Since the recording industry’s inception, formats have dictated—and inspired—art. Vinyl’s limitations helped shape the traditional album length. Cassettes kicked off the bootlegging craze (and hip-hop dominance). The human ear has limitless choice in the streaming era, and behavioral playlisting—music as accessory, not main attraction—plays a role in how more and more tracks are structured. Several years ago, Inc reported the following average skip rates on Spotify, calculated with data from millions of listeners. (It’s important to note that skip rates vary between each DSP and within each DSP ecosystem.)

This trend has evolved quickly, with hip-hop leading the charge, flooding socials and SoundCloud with snackable melody bursts that fit an Instagram post. Granted, a comparable trend—shorter songs—also reigned in the 1960s. Thousands of daily DSP uploads likely mean there’s more of every conceivable song length. That said, artists and teams have unprecedented access to listener habits (re: general impatience), which can sometimes shape creative decisions.

As always, though, everything starts with fans. Artists at every level benefit from building campaigns that encourage listeners to hit the follow button. On Spotify, more followers means more Release Radar playlists that feature your new song. Those out-the-gate spins can quickly drive Discover Weekly placement and editorial consideration. When artists do score behavioral placements, the data that follows doubles as a set of clues you can plan marketing around. Victoria Stuart, label manager at AWAL, explains.

“Say a mood playlist such as Morning Commute has featured your song for a few weeks and, during commuting times, you notice your song is peaking in terms of streaming, One way to capitalize from this activity is to run targeted ads during commute hours when people are scrolling through their socials, that incorporate the commute into the creative or the copy, thereby doubling up on the awareness. One of our artists was on a Sunday playlist. By actioning really small things—pinning the playlist to her artist page, calls to actions in Instagram Stories—her performance within that playlist shot up”

Mood playlists can’t be pitched for via Spotify’s submission tool. And managers will have a hard time presenting music to the lines of code that help guide Daily Mix, Release Radar, and Discover Weekly. Simple steps can move the needle over time. Ultimately, nothing beats focusing on fans and studying what’s out there—mapping out where music can live (within streaming platforms, within the world of an AI influencer, etc.) and setting goals accordingly.

Much has changed since a group of patient German researchers created the MP3, shaving inaudible frequencies from recordings to compress data files. Human-led analysis and data science have dramatically improved our ability to recommend the right song to, well, anyone.

Fast forward to 2014, when Spotify and the Echo Nest unveiled Discover Weekly, a personalized collection of tracks you’ve never heard of. After launching in June 2015, the playlist generated 2.5 billion streams across 30 million users in its first six months. 7 billion came within the next year. As you can imagine, that figure is dwarfed by today’s totals.

Every Monday’s Discover Weekly refreshes its 30 new songs by leveraging listener affinities, scanning for overlap between you and others with similar listening behaviors. Say you play songs A, B and C. Now imagine another Spotify user also played A and B, but went for H instead of C. If you haven’t heard song H, the recommendation algorithms flag it for potential inclusion.

Algorithmic playlists carry a similar utility to their mood-based and activity-based siblings: less work for the listener. While the Discover Weeklys and Release Radars of the world are functions of what users already enjoy, fostering fandom, many mood playlists lead to lean-back listening. Listener-turned -follower conversions don’t reflect playcount spikes. The disparity makes sense. It’s tough to add an artist to your library in the midst of a treadmill sprint, and focus playlists work best when song transitions are hardly noticeable.

“You can end up in playlists like Sunday Morning, centred around an activity or a particular time of day which aren’t regularly updated like the more hit-centric New Music playlists,” says Stuart. “These placements can result in plenty of streams but more often than not, the engagement is fairly low as fans don’t often add these tracks to their own collections. These playlists offer a more ‘lean-back’ listening experience.”

Many of these features first begin with selective testing. Research catalyzes new ideas.

“At Spotify, we’re often testing possible improvements and new features,” reads a post on the company blog. “This means you might see something on the app your friend doesn’t, or get a brand new feature for only a temporary period.”

Behavioral and algorithmic playlists will continue to evolve. If predictive personalization fulfills the Echo Nest’s aforementioned vision, or can even come close, we’ll be living in a world of smart music, where a listener’s bodily rhythms, the time of day, past listening patterns and perhaps even texts help queue up the perfect song.