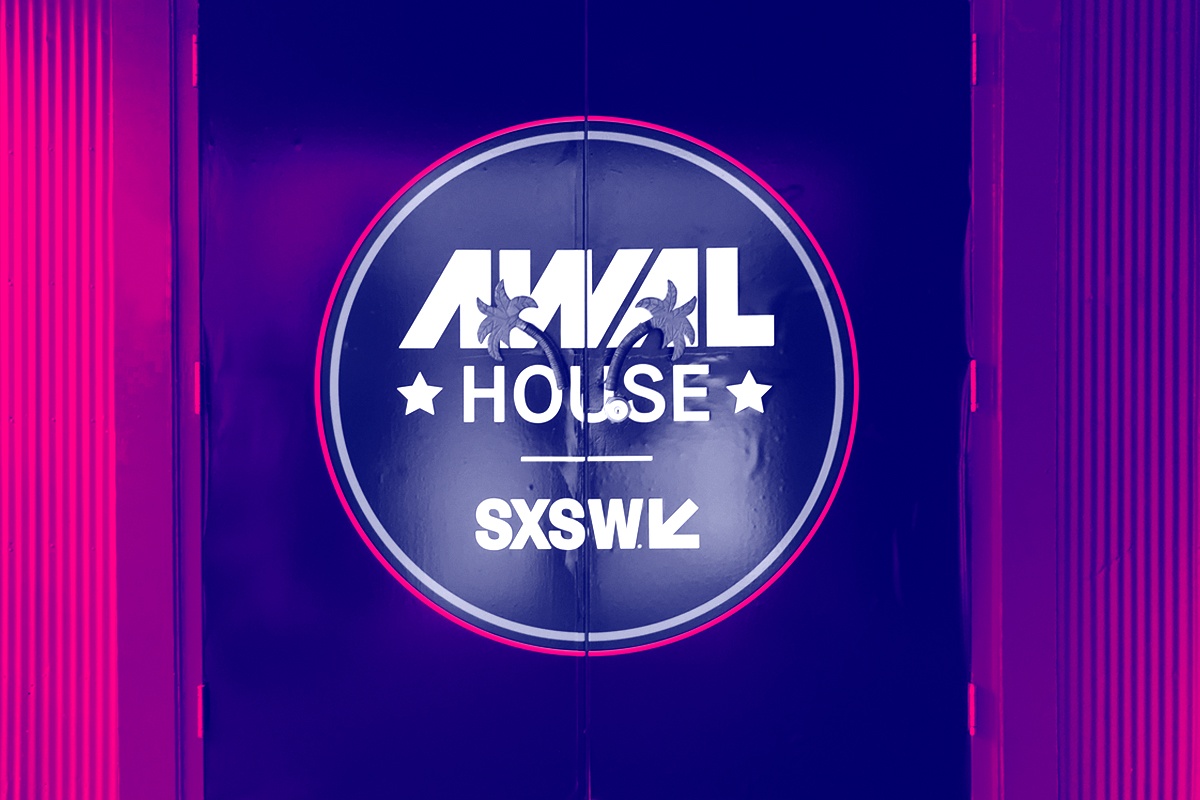 Inside the AWAL House: the Official Home for Independent Artists at SXSW

Last week, we brought the AWAL House — The Official Home for Independent Artists — to SXSW. The space played host to a variety of industry-leading guests and speakers, sharing personal insights into the present and future of the music business.

But those weren’t the only VIPs who came through our doors — there were also hundreds of artists that showed up every day. They performed in nightly showcases, conducted impromptu interviews on the back deck, brainstormed over cocktails with A&R reps, and met with future collaborators. These were the moments that made our House a home.

We’ll be sharing more in-depth stories around each of the AWAL House sessions, but for now, here’s a taste of the entire event.

Kicking off our time at SXSW, our own founder and CEO Willard Ahdritz sat down with TH3RD Brain Founder Jake Udell to discuss the current landscape of the music industry for independent artists.

During the conversation, the pair touched on topics that are important for artists to seek out in today’s evolving music business, such as demanding total transparency, ownership and control, and understanding the important role technology plays in music today.

“Success shouldn’t mean getting signed to a major label; that’s like signing up to the Hunger Games — only one band of 20 survives the first round. That’s worse than Russian Roulette, and why would you play that game?” — Willard Ahdritz

Throughout the daytime sessions at the AWAL House, we welcomed experts from SoundCloud, YouTube, Energy BBDO, Paradigm, and, of course, some of our own, in-house experts from the Kobalt and AWAL teams.

AWAL CEO Lonny Olinick and Megan West, SoundCloud’s VP of Content and Community talked through the new and diverse ways independent artists are using platforms like SoundCloud to not only get their music heard, but actually “break through the noise” by using data and understanding who’s listening.

“SoundCloud is as much a social network as it is a streaming platform…. it’s not just about the head of the tail. It’s not just about those top artists that are running the charts or running Billboard and things like that. It’s about providing visibility across the overall ecosystem, so that kid in his bedroom can get that first listen that’s not from his mom.” — Megan West

While the sessions were all great in and of themselves, there was one component that really took them to a whole other level — the food! Each session had its own delicious complement — from donuts with singer/songwriter VÉRITÉ and Ari Herstand, to tacos during Energy BBDO’s VP, Director of Music Daniel Kuypers chat with Jeannette Perez, President, Global Synch and Brand Partnerships at Kobalt. Not to mention endless free drinks for networking and mingling between each session.

Each day featured two A&R networking sessions where artists could meet and network with members of the Kobalt and AWAL creative teams. During the sessions, two AWAL artists performed intimate acoustic sets. Wednesday, MONOGEM serenaded the room with her marvelous voice and her new single, “Get You High.”

The next afternoon, Terence Ryan clearly instilled chills throughout the audience with his huge, soulful voice, while his friends, family, and fans from Boston sang along to heartfelt tracks like “Soul Lay Open” and “To Live and Die in New England.” The night before, Terence had also been part of our AWAL Emerging Showcase (see below).

Outside, on three separate decks, artists hung out, ate, and grabbed drinks with managers, A&R reps, and fellow creatives, often striking up conversations with artists from all over the world. They swapped stories, shared advice, listened to each other’s mixes — and some even made plans to record together down the line.

The deck was also home to our AWAL merch stand, making sure artists were hooked up with “I Am My Own Label” T-shirts, hats, totes, stickers, and more.

Inside, Paradigm’s Tom Windish told Jake Udell about thinking outside the box as an agent, the trends he’s seeing now, and why it’s important to create “moments” with artists.

Even with nearly 30 years in the music business behind him, Tom shared three principles that carried over with him from founding the Windish Agency: be nice, respond immediately, and only work on what you love.

“I’ve definitely learned there’s no right way to do anything. There’s just an infinite number of ways to do things. I just sort of have little rules, or things I follow sometimes, that I think give you the greatest chance of success.” — Tom Windish

Wednesday night’s AWAL EMERGING Official Showcase featured the empowered anthems of songstress BAUM, who got the energy flowing for the night. GØLDN brought a his modern-electric grooves to the mix with his signature psych-tinged and commanding stage presence, and Swedish songstress Violet Days brought the house down with her pop-and-electronica-tinged dance vibes.

Soulful singer-songwriter Terence Ryan paid homage to his roots in his beautiful songs and visuals and celebrated his first-ever SXSW appearance, while musician and producer Bekon presented the stellar debut of his live show, delivered an historic SXSW moment, performing on a Steinway piano backed by a four-piece band, string quartet, and 11 singers who compose the a cappella group the Austenettes.

Multi-genre indie collective NVDES got the audience on their feet, jumping and dancing, to its kinetic, melodic beats, and accompanying colorful, stimulating visuals, including the energizing “Everyday” as well as  “D.Y.T. (Do Your Thing)” and “Turning Heads,” which were recently featured in commercials for Apple’s iPhone X.

Capping off the dynamic bill was legendary DJ and producer Cut Chemist, with his wicked presentation of visuals in tune with driving, rhythmic sounds and songs from his newly released LP Die Cut.

Along with the music, those at the showcases grabbed drinks, danced, and checked out the AWAL photo booth — with gif-making magic.

The following night, we joined forces with B3SCI to bring the AWAL House to a close. Featuring the boogie-down delight of mastermind clandestine Young & Sick’s magical live set and a powerful, fierce live performance by pop singer and songwriter Evalyn, with striking delivery on songs such as the anthem “Filthy Rich” — along with energizing, hard-hitting rock ‘n’ roll from Brit-rock-influenced band Warbly Jets and a wildly entertaining set from the brilliant UK cousin duo Otzeki complete with progressive electronic rhythms and the singer Mike sliding into every space of the venue during the performance.

Freedom Fry brought a magnificent performance with their pop-alt-rock rhythms, joined by a full Mariachi band for their new single, “Classic” (while tequila shots went around the room), and French-American singer and songwriter CLARA-NOVA presented her breezy, yet sophisticated, indie folk-pop with the beautiful power of her unique voice as she shifted between keys and guitar, backed by the lush arrangement of her three-piece band.

But, at the end of the night, it was our AWAL House Artist in Residence’s turn once again as NVDES returned for one final dance party — a most epic send off for the first year of AWAL at SXSW.

SXSW is a huge milestone for any artist, whether attending or playing. This year, it was a massive milestone for AWAL, too. We truly loved getting to meet so many independent artists who stopped to talk with us, grab a drink and a T-shirt, or hear a session. We’re so excited to keep the momentum going.

Thank you so much to everyone who came to the AWAL House at SXSW!

If you missed out this time, be sure to sign up for our newsletter, because we have some big things in store — including a stage at the UK’s Great Escape festival in May! We’ll also keep you up-to-date with industry news, events, tips and tricks, and more.