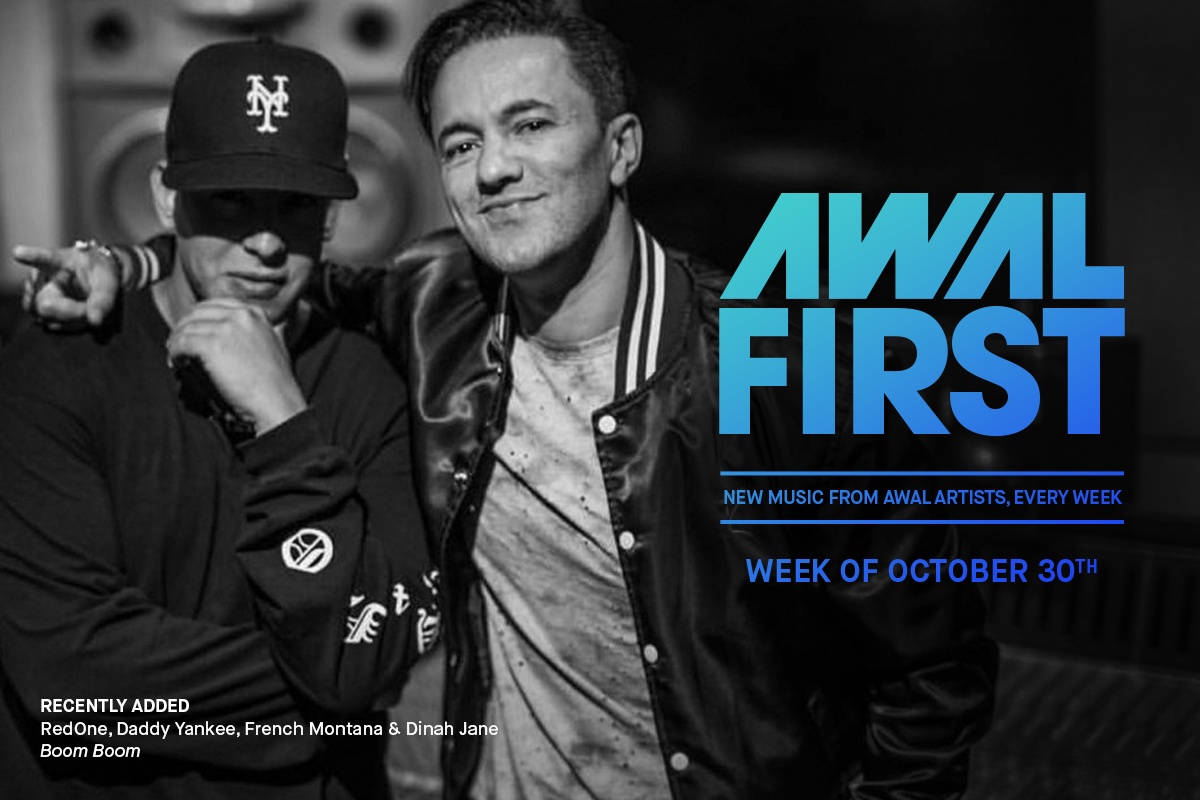 The epic collaboration between RedOne, Daddy Yankee, French Montana, and Dinah Jane, “Boom Boom,” had a massive debut weekend with over 1 million streams from over 564,000 listeners.

“Boom Boom” was added to a whopping 15 New Music Friday playlists from all over the world, along with the super-popular Fuego crossover playlist, showing its international appeal from all sides.

AWAL Insights™: The East Coast is slightly more obsessed with “Boom Boom” than the West Coast — 43,000 of its streams are from New York City, and 31,000 from Los Angeles!

2. Love for the Weekend — Happy Sometimes

In its first weekend, “Love for the Weekend” by Happy Sometimes earned over 175,000 streams from over 145,000 listeners.

“Love for the Weekend” landed on five New Music Friday playlists along with multiple mood-based playlists including Fresh & Chill and, of course, Mood Booster.

AWAL Insights™: Though the biggest chunk of listeners hail from the United States (73%), the second-largest group is actually from Sweden (6%)!

Besides its inclusion on New Music Friday in US, “Good Thing – Vigel Remix” had some nice support from user-curated playlists as well, many of them focused on the video-game realm.