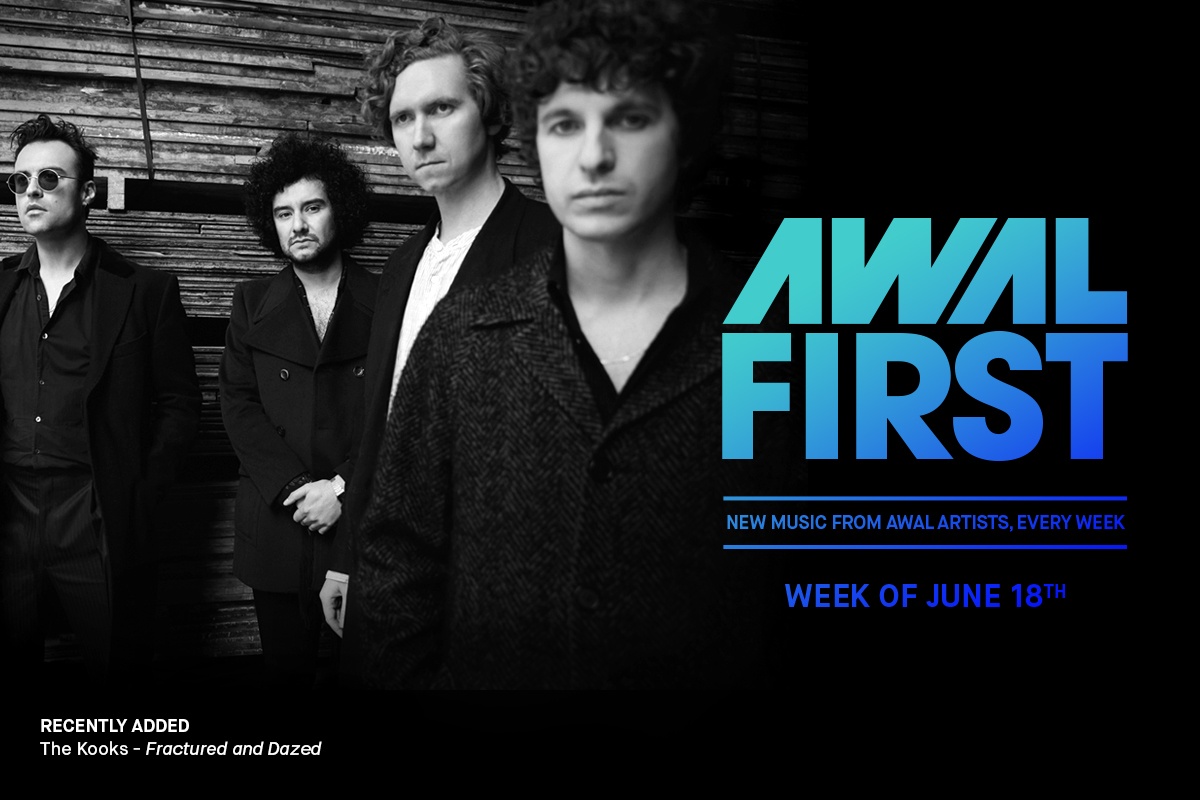 This week we’ll be taking a closer look at the newest artists added to AWAL First Playlist, covering new music through AWAL from Betty Who, The Kooks, and Tritonal & APEK feat. Meron Ryan.

1. Fractured and Dazed — The Kooks

Another standout track from the Kooks’ forthcoming album, Let’s Go Sunshine (out August 31), “Fractured and Dazed” racked up a massive 352,000 streams from 241,000 listeners in its first weekend.

Alongside adds to 14 New Music Friday playlists around the world, “Fractured and Dazed” appeared on Apple Music’s Best of the Week, and The A List: Alternative.

AWAL Insights™: 53% of “Fractured and Dazed” listeners were male.

2. Just Thought You Should Know — Betty Who

One of Betty Who’s latest tracks from her new EP, Betty Pt. 1, “Just Thought You Should Know,” had a fantastic first weekend, earning 367,000 streams from 163,000 listeners across Spotify and Apple Music.

Among its debut-weekend playlist adds, “Just Thought You Should Know” was added to 14 New Music Friday playlists around the world, along with Apple Music’s Best of the Week and Breaking: Pop. Also, Betty Who took over (and appeared on the cover of) Spotify’s Out Now playlist to celebrate Pride.

AWAL Insights™: “Just Thought You Should Know” was most streamed in the US (67%) with New York City accounting for the majority of plays.

The new collaboration from Tritonal, APEK, and Meron Ryan, “Just Like You,” scored big its first weekend of release, earning 191,000 streams from 91,000 listeners.

Apple Music added “Just Like You” to its Best of the Week and Breaking: Dance/EDM playlists. It also appeared on nine New Music Fridays on Spotify, along with Beats of Tomorrow and Friday Cratediggers.

AWAL Insights™: People were ready and waiting for “Just Like You’s” big debut — it was mostly streamed between 9:00am and 12:00pm on Friday, its release day.