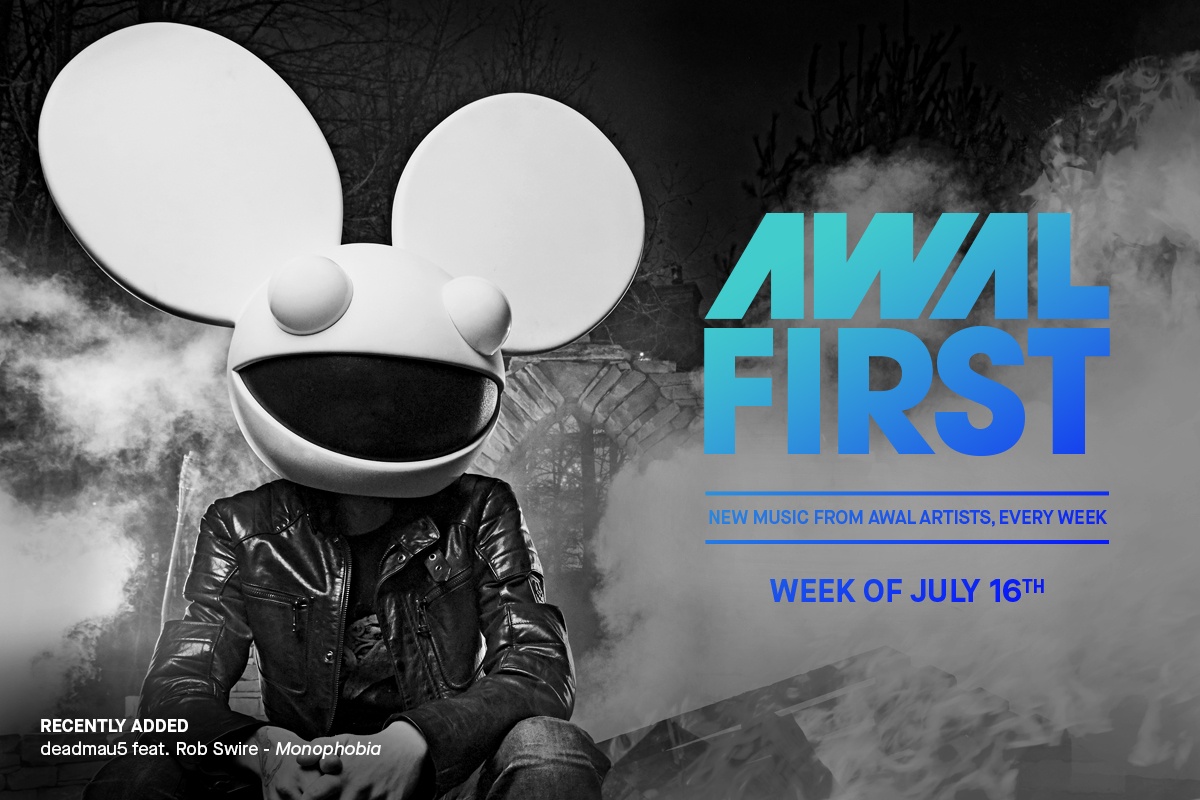 Every week, music flows through AWAL’s pipelines and enters digital retailers around the world. We honor some of those special songs with a slot on our AWAL First playlist. The Spotify franchise features top-performing tracks from the previous week. Because every release offers lessons and insights, we’ll take a closer look at the latest additions to AWAL First: Bexey, Allie X and deadmau5.

“Monophobia” has enjoyed considerable support across both Spotify’s and Apple Music’s respective ecosystems, landing slots on the former’s New Music Friday flagship and the latter’s A-List: Dance playlist. Additionally, as of this post, the track is #33 on Spotify’s Viral 50 (Global) & #41 in the US.

AWAL Insights™: Spotify’s users and Apple Music’s users just about evenly contributed to the first-week streams of “Monophobia.” 53 percent of streams took place on the former, while 47 percent occurred on the latter.

Look no further for a trunk-rattling master class in three-minute escapism. Bexey and $SuicideBoy$ came together for some rowdy rap and the outcome connected with 40,486 fans, who rewarded the collaboration with 176,194 streams.

AWAL Insights™: Guys are really feeling Bexey and $uicideBoy$ new track as 70% of listeners have been men.

“Not So Bad in LA” pulled in thousands of streams from a handful of noteworthy Apple Music playlists such as Best of the Week, and Pop Chill, while also getting the #1 spot on Spotify’s Indie Pop Chillout. Allie X also took over the cover.

AWAL Insights™: 19% of streams for “Not So Bad in LA” are coming from Best of the Week on Apple Music.