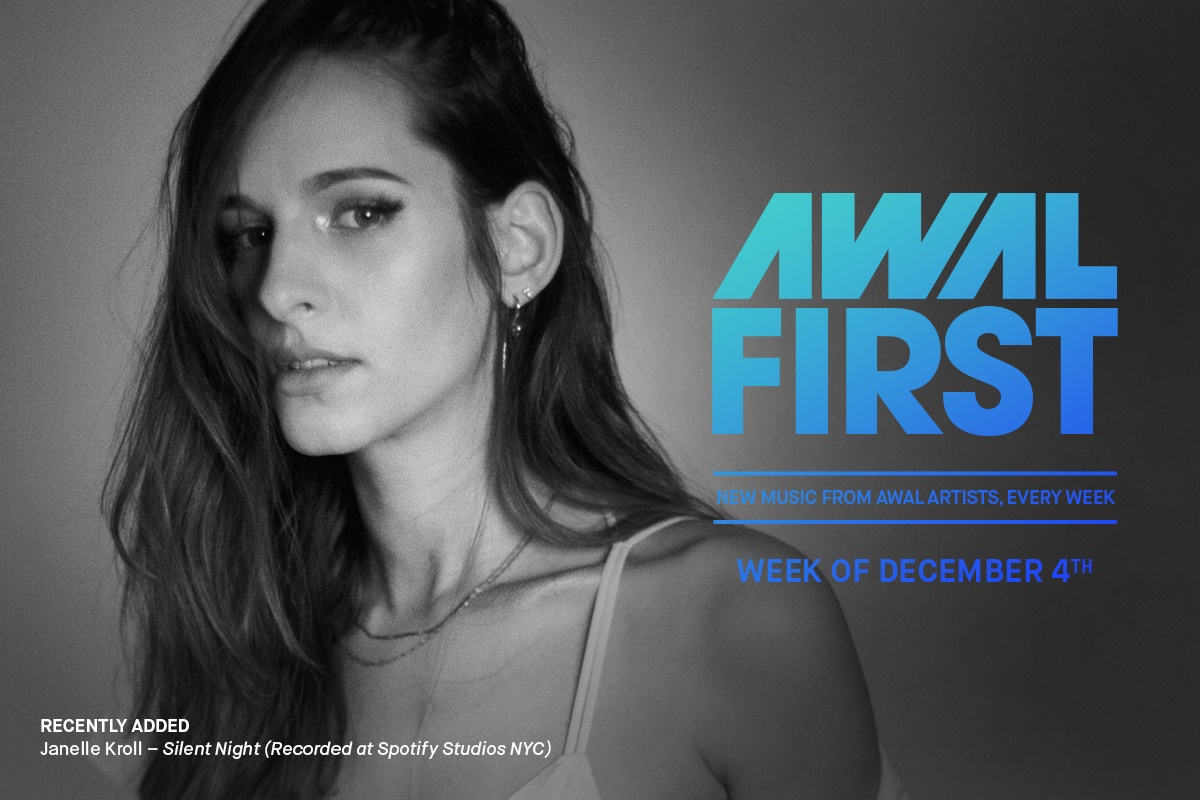 For the second week in a row, Janelle Kroll’s version of “Silent Night” earned the most streams with 359,000 from almost 250,000 listeners.

“Silent Night” is showing its festive popularity, appearing on three major Spotify holiday playlists each with thousands of followers — Holiday Magic alone has over 200,000!

AWAL Insights™: It’s the ladies who are loving “Silent Night” most of all — 67% of its listeners are female.

“Dream Killa” landed near the top of the uber-popular Spotify playlist The Newness, which has over 490,000 followers.

AWAL Insights™: “Dream Killa” experienced the power of playlisting — almost half of its Spotify streams (40%) came from playlists alone!

Along with being added to three New Music Friday playlists, “Fiji Water” had a boost from niche playlists including LA House Music, ADM: Acoustic Dance Music, and 60 Minute Work Out: Hits.