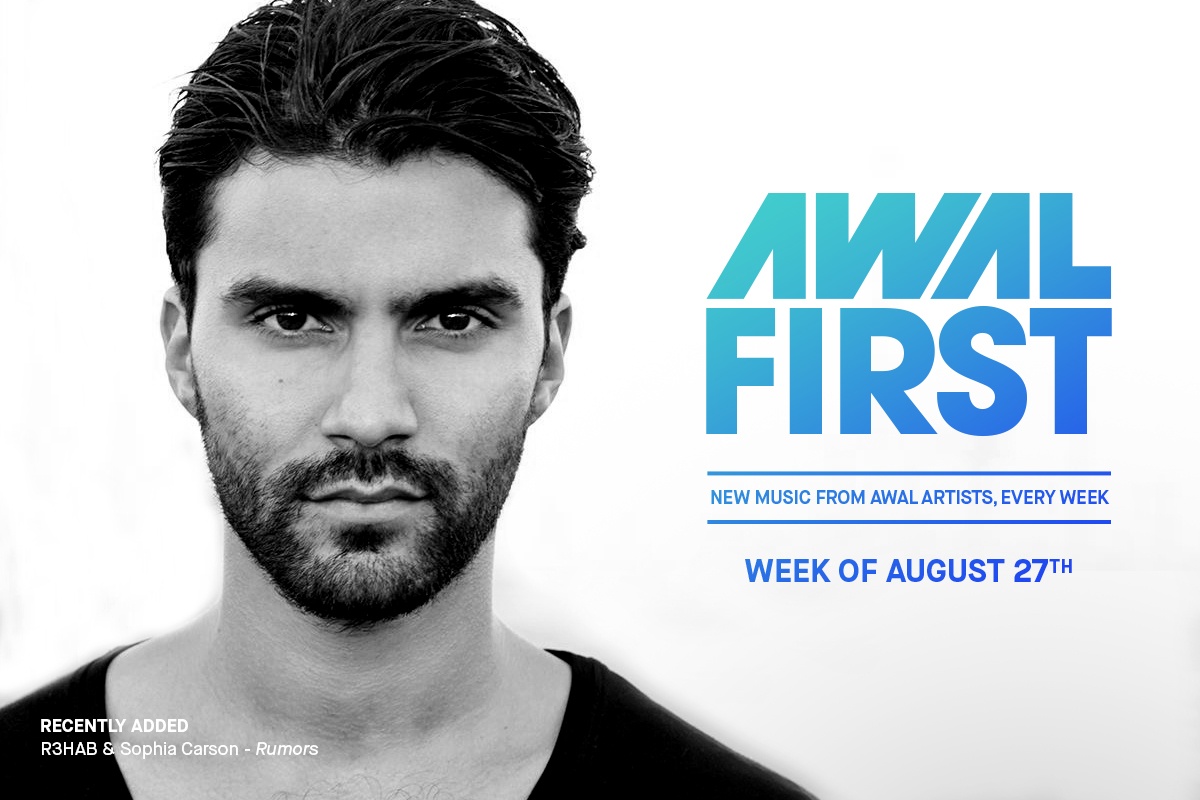 Music flows through AWAL’s pipelines every day, popping up on digital retailers around the world. Our AWAL First playlist showcases the previous week’s top performers. Here, we share each of those song’s stories through data. Keep scrolling for a closer look at the numbers behind R3HAB and Sofia Carson’s “Rumors,” Kim Petras’ “All the Time,” and “Reboot” by KAMI, Smoko Ono, Chance the Rapper, and Joey Purp.

Pop’s next big thing brought her chart-ready chops to a single that cuts to the chase. “All the Time” accumulated 549,709 plays thanks to 238,254 people who undoubtedly turned to Petras’ latest for a weekend soundtrack.

Spotify was all over “All the Time,” spotlighting its three minutes of pop perfection on New Music Friday playlists from US, to Norway, to the Philippines plus inclusion on Pop Rising. Apple Music showed love on Best of the Week and Breaking: Pop.

Chicago’s stars aligned and made a bop to end summer strong. 299,599 listeners streamed KAMI and Smoko Ono’s “Reboot” 700,925 times. The lively track doubles as a SAVEMONEY reunion with features from Chance the Rapper and Joey Purp.

Apple Music boosted organic support for “Reboot” with valuable real estate on A-List: Hip-Hop and Best of the Week. Spotify held it down with a timely add on Most Necessary.

AWAL Insights™: The 18-24 male demo takes top honors for highest engagement; across the board, guys are driving 80 percent of first-week streams for KAMI and Smoko’s new single.

Keep up with industry news and dive deep into artist stories with our AWAL Weekly newsletter. Click that big button below for top-notch posts delivered straight to your inbox.