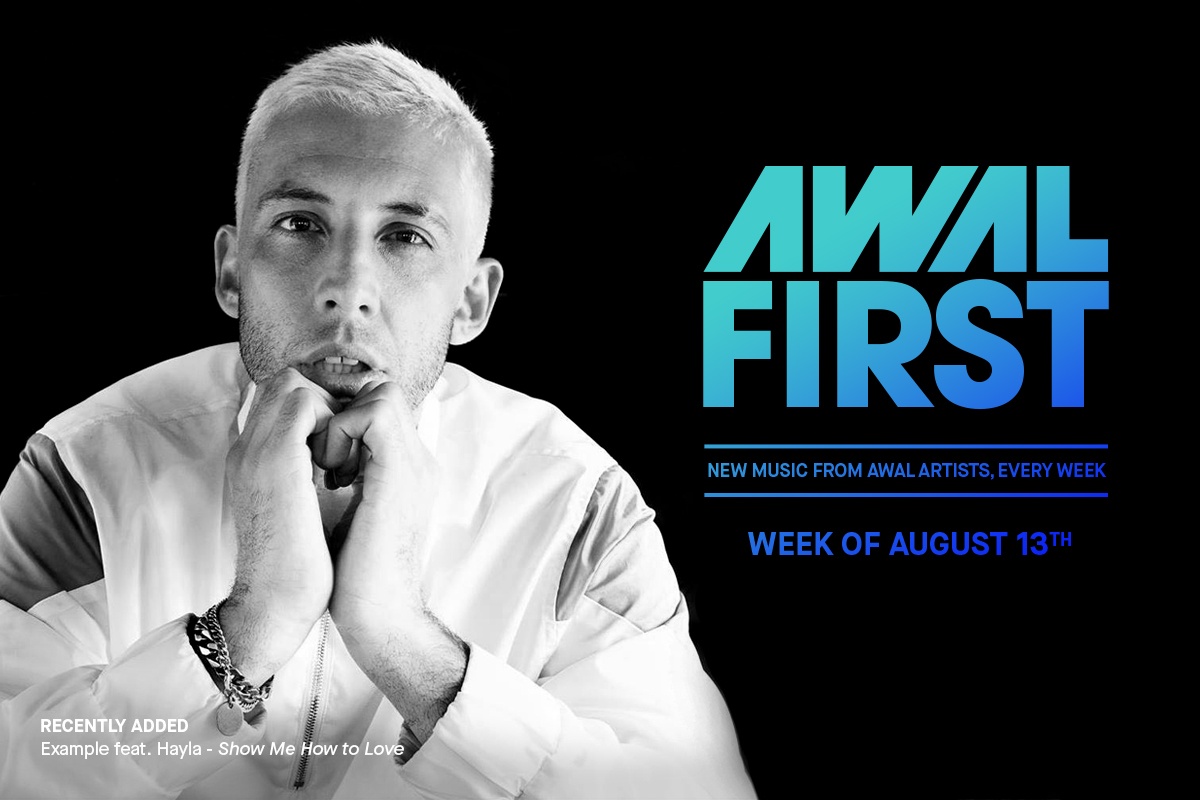 Music flows through AWAL’s pipelines every day, popping up on digital retailers around the world. Our AWAL First playlist showcases the previous week’s top performers, telling each song’s story through data. This time around, we sifted through the numbers behind R3HAB and Kaela Sinclair’s “Whiplash,” Example and Hayla’s “Show Me How To Love,” and “Trumpets” by Timmy Trumpet and Lady Bee.

Last week, Example took another step toward his first project in four years by dropping a roaring pop song. 334,137 streams, spread across 185,609 listeners, points to a impending incline for “Show Me How To Love.”

The joint efforts of a globetrotting DJ/producer and an M83 multi-talent can only yield the very best, and “Whiplash” does not disappoint. 366,632 people gave this slice of pristine pop a spin, good for driving 567,096 streams.

“Whiplash” made the rounds at Spotify, landing on ElectroMix and more than seven New Music Friday playlists across the globe. Apple Music helped push the track to a strong first week with Best of the Week honors.

AWAL Insights™: 77 percent of “Whiplash” streams occurred outside of the U.S.

Thanks to invigorating production designed to soundtrack a night on the town, 101,475 listeners have played Timmy Trumpets’ latest release 101,475 times.

AWAL Insights™: The most engaged “Trumpets” listeners are using the Personal Playlists section of Apple Music to press play